Every central bank will be buying Bitcoin (BTC) to hedge risks to the United States dollar, according to a forecast by major crypto bull Anthony Pompliano. In a tweet on Aug. 1, Pompliano, co-founder of asset manager firm Morgan Creek Digital Assets, noted the recent news that central banks made the large... Read more 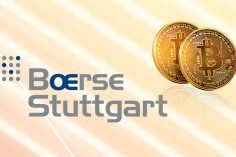 As per the announcement, a new exchange-traded product (ETP), is available on the second-largest stock exchange of Germany, Boerse Stuttgart, for trading in Euro. In the year 2019, it was reported that the trading volume of the stock exchange was $74.32 billion. New ETP Represents Inverse Performance Of BTC According to the report, the product value of the tracker represents the opposite performance of BTC, which was different in the crypto space and the ETP world. The first inverse or 21Share Short Bitcoin ETP has been launched to help investors so that they could manage the changing dynamics of the 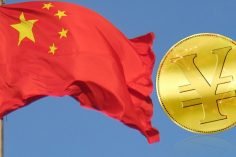 According to a report, the coronavirus outbreak has delayed China’s research on its sovereign cryptocurrency from Q1. The report further noted that however, the launch could still get ahead as planned as the Chinese central bank had the technological resources, support and abundant talent to get along with the process. The Research Is On Hold The experimental launch of the Digital Currency Electronic Payment (DCEP) would be performed as scheduled in 2020. However, officials from the central bank were still examining scenarios of the application under which the sovereign cryptocurrency could be advertised as real cash. Shentu Qingchun, CEO of

Justin Sun, the CEO of TRON, has finally touched on the embarrassing snub by Billionaire Warren Buffett. The controversial crypto wizard claimed that the phone he gifted during the much talked about dinner is still owned by the Oracle of Omaha. However, he proceeded to clarify that doesn’t necessarily make Buffett an investor of crypto. Dinner w/ @WarrenBuffett was not only to help the homeless people of SF but to discuss differences of opinions in investments & life experiences. In terms of charity impact, the dinner was very successful! Mr. Buffett is such a great teacher of life, I learned 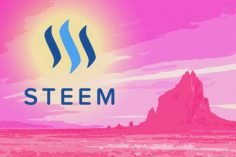 Tron’s founder, Justin Sun made it clear that he was going to purchase Steemit. One of the most popular blockchain apps, earlier this year. Shortly afterwards, the people behind the Steem Blockchain executed a soft fork, limiting Sun from voting. Through a blog post, Steem Witnesses ( same as EOS block producers) explain the move and they noted that it is great to welcome a resourced entity on board. However, they claim the move to limit Justin Sun’s influence is to protect Steem’s blockchain security. The post read: “In these early stages the most important task for witnesses 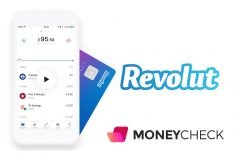 Revolut, the digital bank based in the UK has tripled its valuation to hit $5.5 billion by raising a massive amount of $500 million in a fresh funding round, reported Financial Times on 25 February. The following has made the Revolut one of the most valuable fintech firm in Europe. In late 2017, Revolut facilitated its users to transact in various top cryptocurrencies including Bitcoin, Litecoin, Ripple and Ether. Then in late 2018, the firm got a banking license in Lithuania that enabled it for offering complete banking services in the country. Revolut’s Customer Growth Soared By 150% In 2019 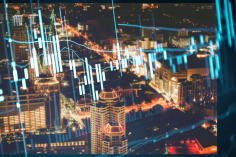 Crypto derivatives exchange firm FTX announced today that it has launched its equity token, which can be purchased using Bitcoin or any other payment methods. The equity tokens which go at $2 each, represents an ownership stake in FT Trading Limited, which owns FTX. In addition, as per the announcement, each equity token is worth $2 and one can purchase a minimum of $250,000. Depending on supply and demand, the sale of the equity tokens is expected to come to a halt between March 1 and 7. According to the firm’s CEO, Sam Bankman-Fried, the equity tokens allow small investors;

The Summit will focus on the fintech scenario in the UK, the EU, and India along with the burning question on regulatory matters, Brexit and EU-UK-India Fintech cooperation will be the focal point? of the summit, attracting delegates throughout the day.

EI fintech is expected to bring together business leaders, FinTech entrepreneurs, the investor community, policymakers, governments, and the world’s largest organizations to imagine and develop the framework for the next generation of FinTech innovations in regulation, payments, blockchain technology and more.

A Debate on the decade's best-performing asset with renowned speakers as Jimmy Song, Dan Held, Stephan, Livera, Aaron Van Wirdum, and many more.

Bitcoin isn’t happening in a vacuum.

It’s happening right at the moment when trust in fundamental social institutions is shifting.

Bitcoin is alive for over 10 years now. Despite continuous attacks and scrutiny from authorities around the world, the world’s strongest and most steady network is still running 24/7, 365.

Bitcoin is here to stay – what do those in power have to say?

For the first time in Belgium and neighboring countries, The Bitcoin Reformation will offer an industry-wide platform for a discussion on the merits and challenges of Bitcoin and digital assets in general. It’s the event the Benelux has been waiting for, featuring speakers from across Europe and beyond.

The conference is organized by the Vires in Numeris Foundation, a private independent organization founded to spread the word about digital assets, and the future of money. It will attract a broad audience including investors, bankers, researchers, students, regulators, industry experts, financial institutions and more.

Over 30 speakers from varying backgrounds will debate the cornerstones of Bitcoin’s social contract: the need for hard money, privacy, and decentralization.

Presented in a series of top-level keynotes, interactive panel discussions and solution-based case studies with a focus on learning and building partnerships in the emerging Blockchain space. The Blockchain Conference will explore the industries that are set to be disrupted the most by this new technology, including; legal sectors, financial services, healthcare, insurance, energy, music, government, real estate and more.

Co-located with TechConnect Live, the event will attract over 3000 delegates to this one day event. If you are interest in how blockchain can transform your sector, you can't afford to miss this event. 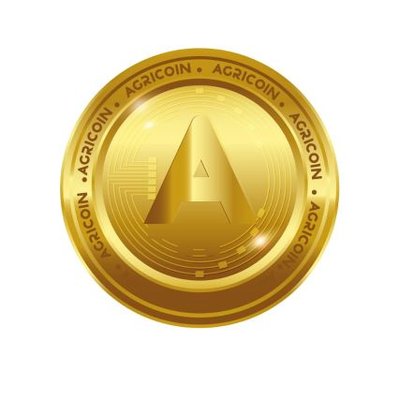 Join the Agrichainx(AGN) Airdrop now and earn 20 AGN - $10 tokens to new users. Our step-by-step guide makes it as easy as possible for you to get your free tokens.

Join the ConnectChain BitMart (CCTN) Airdrop now and earn 10,000 CCTN tokens to new users. Our step-by-step guide makes it as easy as possible for you to get your free tokens.

1. Create an account on BitMart and verify your email.

2. Go to the ConnectChain Airdrop Page.

5. Submit your details in the Airdrop form.

7. For more details about the airdrop, visit here. 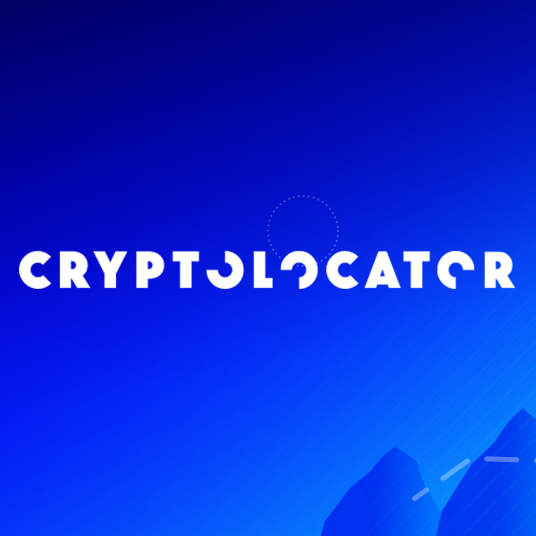 Join the Cryptolocator(ETH) Airdrop now and earn $1 to $5000 tokens to new users. Our step-by-step guide makes it as easy as possible for you to get your free tokens.

2. Reach $150 worth of trade volume for the first time (Mandatory: 5 tickets)

4. The rewards will be credited to your ETH wallet in your profile within1 hour. KYC is not required for the deposits below 1000 EURO.

5. If you need additional information about the lottery, you can join their Telegram group

6. Extra reward: Up to 50% service commission of your referral in ETH. 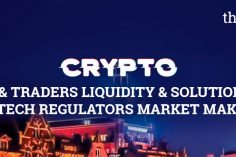 The blockchain industry in general and cryptocurrency exchanges in particular today have to deal with a number of issues that hinder further crypto development. Fake trading volumes, security problems, uncertain regulators’ policies and so on. All these problems are intertwined, but all market participants are trying to solve them separately, and without coordinating their efforts. Of course, the effectiveness of this approach leaves much to be desired.    Fortunately, the situation is changing. The Conference Exchanges brings together all the key participants of the cryptocurrency market so that they can work together to develop solutions to the key industry problems. 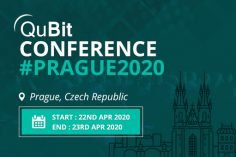 The Cybersecurity Community Event in Prague, Czech Republic QuBit is a Cybersecurity Community Event connecting the East and West and it is already the 7th year on the cybersecurity market in CEE region. QuBit audience presented more than 250+ cyber professionals from the various industries from the CEE region and other countries.  Every year, QuBit Speaking Bureau handles the most important part – to find and put together an impressive list of speakers and topics. For 2020, the head of the Speaking Bureau is Ivan Makatura (CEO of Slovak Cyber Security Competence and Certification Centre). The next members of the 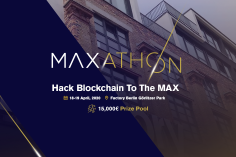 Maxonrow will host its first-ever MAXathon from April 18-19, 2020 in Berlin, where participants will have the chance to win from a 15.000€ prize pool and explore how blockchain can be used to create solutions for healthcare, education, and governments using Maxonrow’s SDK. MAXathon will take place at Factory Berlin Görlitzer Park, a community space and startup lab, host of hackathons and events, where Berlin’s diverse network of innovators come together.  MAXathon will be free of cost, and in addition to all meals and after-party, it will also feature workshops and activities led by industry leaders for participants who want 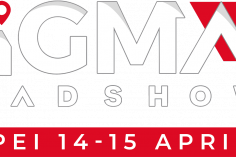 Operators sign up to open doors to new business and affiliate traffic in Asia SiGMA Group has announced its first Roadshow event for 2020, to take place in Taipei, Taiwan, as the Malta-based global events firm opens doors to the Asian market for global brands from across the iGaming, blockchain and emerging technology sectors.  Confirmed for the 14th and 15th April, the two day event is aimed at forward-thinking western brands keen to expand in the Asian market and make introductions with local operators and affiliates focused on driving Asian traffic.     This deal-making event is an exclusive opportunity for operators 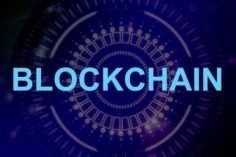 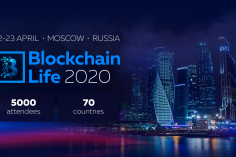 Blockchain Life 2020 is the biggest event on a blockchain, cryptocurrencies, and mining in Russia and Europe and one of the largest events in the world. The forum welcomes more than 5000 participants this spring at an innovative venue — Music Media Dome. The global crypto community from 70 countries comes to Blockchain Life 2020 to expand their professional network and engage in the industry’s development. Among the attendees: top management of the leading international cryptocurrency projects, businessmen and entrepreneurs, blockchain developers, manufacturers and suppliers of mining equipment, founders of blockchain startups, government officials and celebrities of the crypto industry.