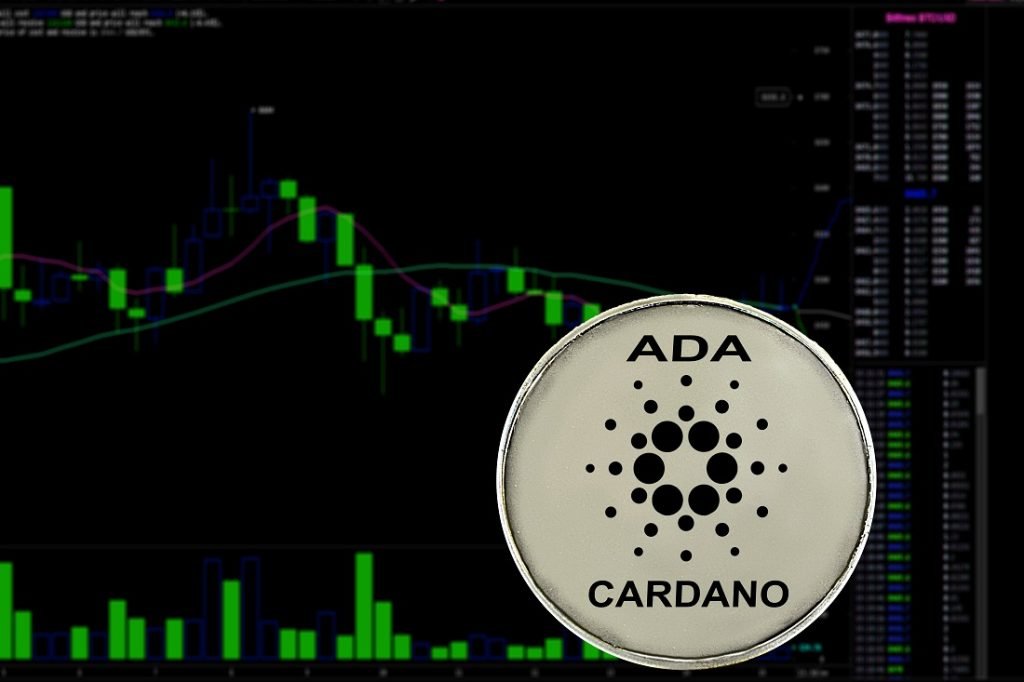 Recently, the ADA, a Cardano project token that has grown by almost 600% since March 2020, has become prominent in the crypto market. Having set a historical high of $1.26 in early 2018, the coin fell asleep for a long time in the global correction. If we analyze the trading volumes of the entire time of the ADA existence, then according to Coinmarketcap, we see that there was no special interest in the coin until June 2020:

Trading volumes during this period finally became noticeable. And it was in June that the price approached the critical point of $0.17 for the first time. Between September and November, the ADA trading volumes increased again. However, there was not an active price growth during this period. Buyers accumulated their positions, which resulted in a strong growth impulse.

Currently, the ADA is ranked 7th place in daily trading volume among 3980 coins presented on Coinmarketcap. Interest in coins does not subside, so it is worth considering it in more detail. 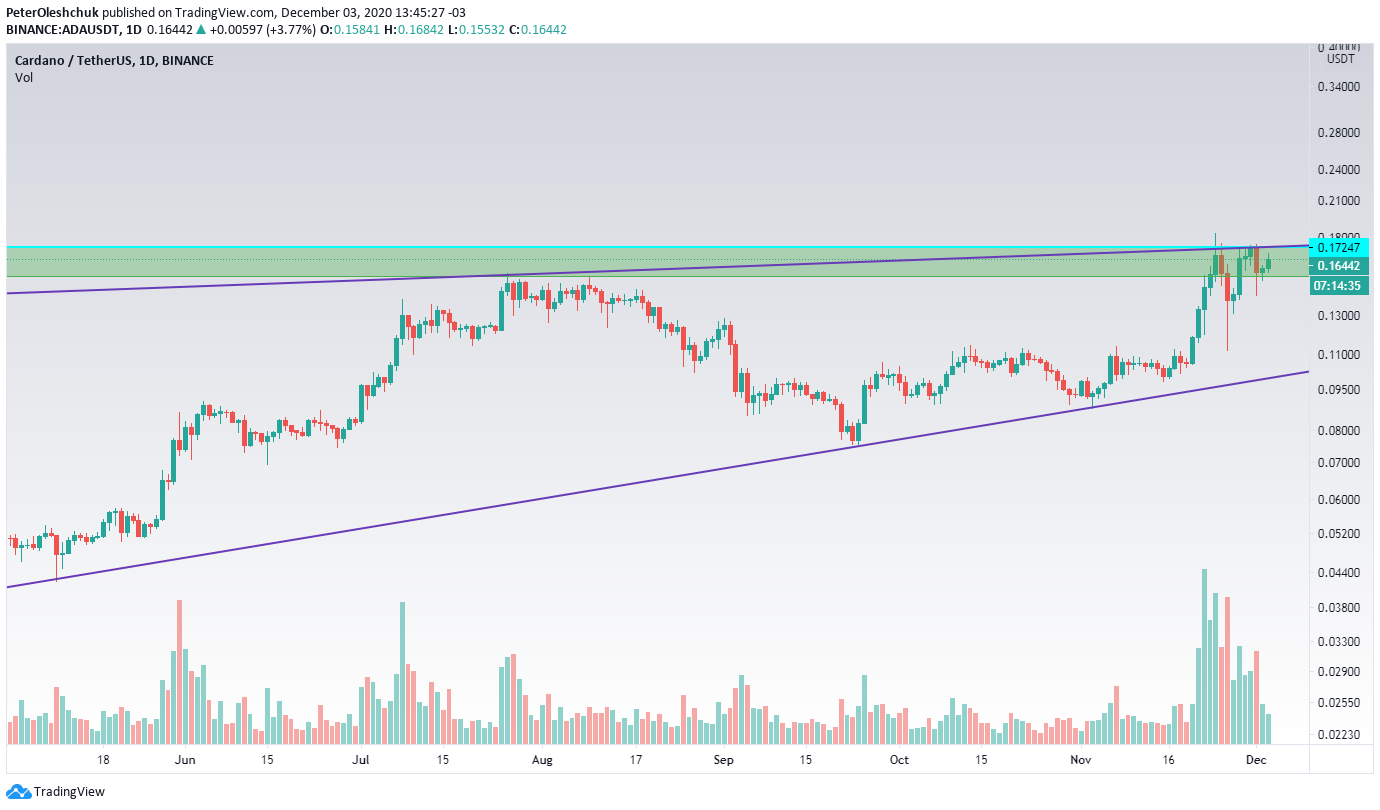 The last wave of growth began on 20 November and continues to this day. The active growth of BTC has created comfortable conditions for ADA trend development. Unlike other coins, which often fell on the BTC growth, ADA buyers firmly hold the initiative. Also, they try to take control of the mark of $0.17 during the present attack. In fact, this mark is the only obstacle to the next target of $0.37.

Though, given the importance of the mark $0.17 and the likely correction of the crypto market, to continue the confident growth trend, buyers need to keep the mark $0.11.

Let’s see if buyers will be able to take total control of the ADA market by the new year and continue their way to the mark of $0.37.