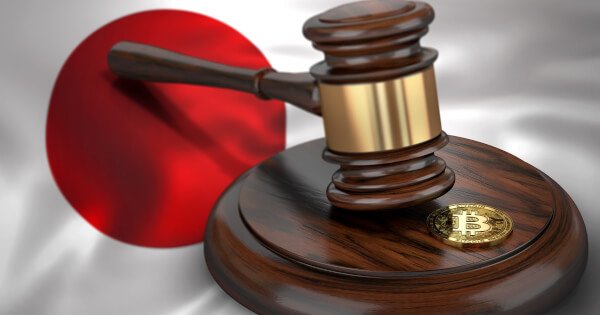 10 Days To Go Until The Deadline To Return 150k BTC of Mt.Gox

The big question, before any other, is will Mt. Gox return the bitcoins they owe? The final deadline imposed by the Tokyo District Court to submit a rehabilitation plan for those affected by the exchange fall is approaching. Estimated on October 15, 2020, and it is not yet known what will happen.

According to some websites, that the reimbursement of 150,000 BTC and the resulting liquidation could negatively affect the Bitcoin markets.

Others are much more incredulous and are sure that the court will continue to announce more delays and that the refund will spread over time.

If you want to know more about the Mt. Gox exchange and other cases, read our articles from Cryptoknowmics where we delved into what was the world’s first major exchange, capitalizing on 70% of the crypto market between 2013 and 2014.

READ  Bitcoin Dump Might Have Been Coordinated: 4Chan Insider

The final deadline for submitting a rehabilitation plan for those affected by the fall of Mt. Gox is approaching. As such, speculation about what it means for hack victims and for the Bitcoin market itself is growing.

In a document released on June 30, the Tokyo District Court issued an order to extend the deadline for filing the rehabilitation plan to reimburse creditors until October 15.

After many years, dozens of lawsuits, and a plan to relaunch the exchange, the rehabilitation plan was established to compensate the victims. The court has already delayed this deadline on numerous occasions, but if it does not do so again. This is the date when it will become clear how and when creditors can expect repayment.

Versions On What Will Happen With The Return of Mt. Gox

To date, over 1,000 creditors have claimed over 150,000 bitcoins. Representing only about 15% of all funds lost during the hack. In a tweet posted yesterday, the crypto analysis Twitter account @cryptowhale expressed concern about the implications of a full refund:

While this deadline has been moved back numerous times, it's important to consider the catastrophic impact it could have on the markets. pic.twitter.com/nbWR3sSOgX

In the thread of the tweet, CryptoWhale adds that if there is a return on this scale the price will plummet. “If 150,000 BTCs are sold on the market. It would cause a brutal fall and fear would quickly spread through the markets“. Given the increase in price since 2014, they concluded: “(…) Suppose that once they return. Many will begin to make profits on the ROI of more than 2,600%“.

This tweet caused debate, but not a clear consensus. Some commentators doubted that a one-time return would occur; some predicted another delay, while others minimized the problem by pointing out the amount of BTCs returned relative to current trading volume.

Bitcoin was only $400 during the hack.

I'm assuming once returned, many will begin taking profits on the over 2,600% ROI from 2014. pic.twitter.com/Sndf64syO2

But most likely, according to many experts, this return will be postponed even further. A letter posted on a Mt. Gox victims’ website revealed correspondence from the Tokyo District Court (dated October 1, 2020) that discouraged people from attending the proceedings because of the COVID-19. This may be clear evidence that delays will continue.