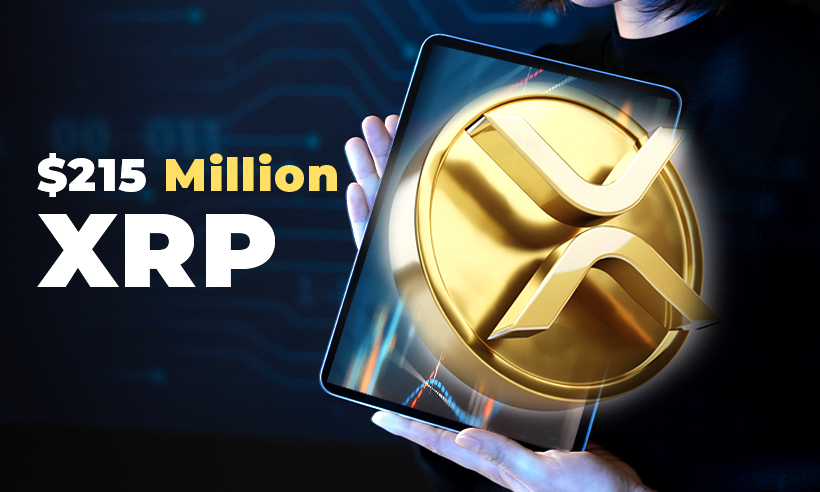 Coinbase, Huobi, Bittrex, Binance, and Kraken, along with smaller cryptocurrency exchanges have transferred a total of 131.2 million XRP tokens in the past 24 hours, according to data posted by crypto tracking bot Whale Alert. This represents a total of $215.6 million in fiat currency.

Crypto Exchanges Moves 131.2 Million XRP Tokens in the Past 24 Hours

Interestingly, Coinbase, Bittrex, and Binance.US suspended the trading of Ripple tokens in January.

The move came in response to the U.S. Securities and Exchange Commission filing a lawsuit against Ripple Labs last year alleging XRP is a security. Following this, the cryptocurrency exchanges started distancing themselves from being associated with the XRP token.

Despite the delisting, Coinbase and Binance.US have continued moving large amounts of Ripple tokens since then.

Meanwhile, the largest cryptocurrency exchange in the United States, Coinbase has also allowed its customers to store and withdraw their Ripple tokens seamlessly as before.

Regardless of the SEC lawsuit, the Ripple token price has been moving higher as Ripple continues to operate and expand internationally. With the majority of its customers outside of the U.S., the price has more than doubled from $0.22 at the start of the year to currently trading at $1.70.

Some have attributed that the upward climb in XRP’s price action comes due to the immense support it’s receiving from its loyal Ripple token Army. In late March, the community even got the hashtag “RelistXRP” trending on Twitter urging cryptocurrency exchanges to relist the digital asset.

Recently, Veteran analyst, Peter Brandt even took a bullish stance on XRP saying that the digital asset is poised to break out against Bitcoin. He pointed that the XRP/BTC trading pair has formed an extremely rare compound fulcrum pattern, indicating a powerful buy signal.