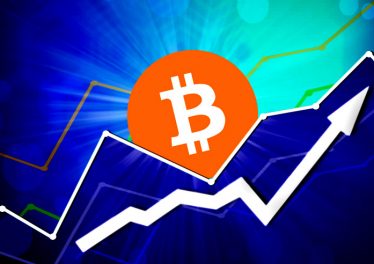 If you asked most people what they would prefer between Bitcoin, gold, and government bonds five years ago, many would put gold first and Bitcoin last. This has however changed very quickly over the last few years. In fact, according to a new poll conducted by a former congressman, Bitcoin has become the favorite among the three. This is no surprise, with Bitcoin bringing in profits of over 190% in 2019. This number outshines any traditional asset despite Bitcoin being the most volatile.

Former Texas U.S congressman Ron Paul created a poll on Twitter which was aimed at identifying what asset people preferred and trusted in the long term. He noted:

“A wealthy person gifts you $10,000. You get to choose in which form you’ll accept the gift. But there’s a catch: You must keep the gift in the form that you choose for 10 years without touching it. In which form would you accept the gift?”

With the options given as Bitcoin, gold and government bonds, not many would think Bitcoin would come out on top. The results were as follows, Bitcoin 58%, gold 33%, and government bonds 7%. At the time of the press, more than 70,000 people have participated in the poll.

READ  Bybit Exchange Tutorial & Review | Bybit Vs. BitMEX? | How To SHORT Bitcoin & Use A STOP LOSS!

Bitcoin Trusted Over Government, What This Means

This is a clear indication that people trust a decentralized software more than their government and by a mile if I might add. For those who chose gold, their argument has been based on Bitcoin being too speculative and it’s future uncertain. Gold is more stable and has been around for hundreds of years. There is however an acknowledgment even among gold supporters that the digital asset holds great potential and could easily become a great alternative for them.

Bitcoin is tipped to go mainstream over the next couple of years. As this comes true, price is expected to soar. Analysts differ on where prices land as this happens with most predicting something between $50,000 to $100,000. Some are however more optimistic like security analyst John McAfee who believes Bitcoin will reach $1 million.

At the time of the press, Bitcoin is trading just above $9,300 with bulls pushing to get over the $9,500 resistance level in the days to come.