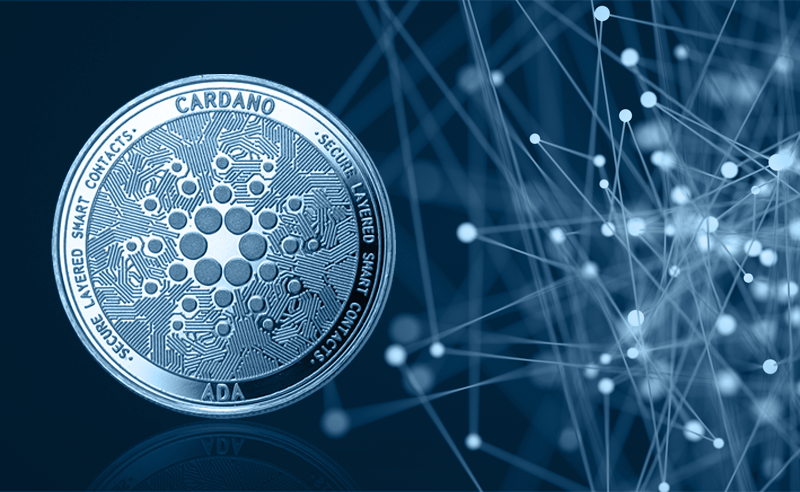 The trading week in the ADA market passed with mixed success. Yes, buyers managed to continue the growth trend and move beyond the mark of $0.25. Breaking this mark on 5 January, the ADA price without obstacles reached a new local high of $0.355. Having almost doubled in just 10 days, the ADA price faced a problem in the form of a price zone of $0.326-$0.34. Despite the problems on the way to the target $0.4, interest in this coin has not abated. This is evidenced by the increased trading volumes, which is immediately obvious: 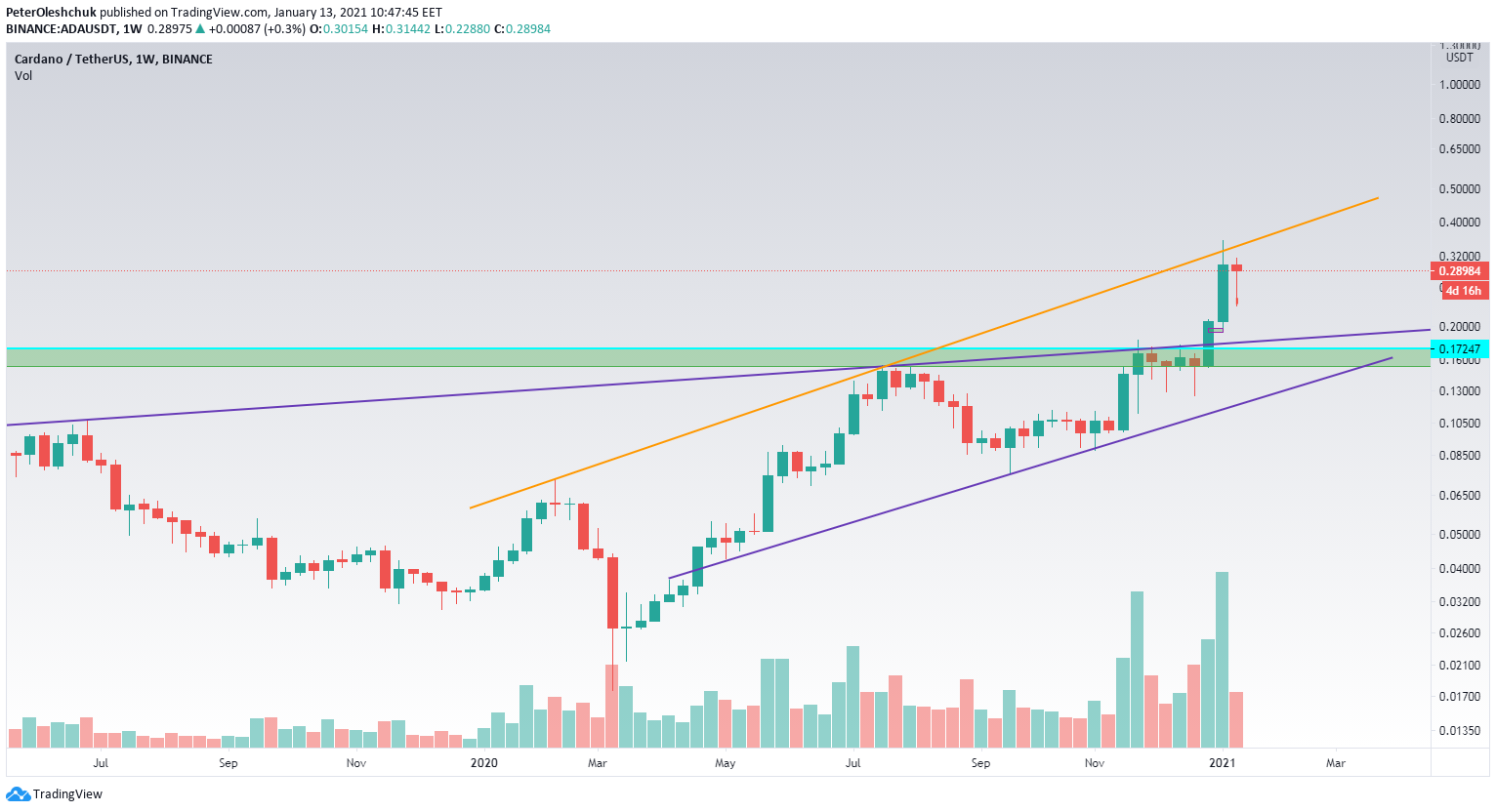 According to CoinMarketCap, the daily trading volumes in the ADA market are $3,603,708,276. This is 12% more than last week. The increase in the coin interest has raised Cardano (ADA) in the overall ranking from 8th place to 7th.

However, if you look at the chart more closely, abnormally high trading volumes at the end of November stopped the growth of the ADA price for the month. The current situation looks very similar.

A local weakness of buyers formed a correctional channel

An attempt to break the range of $0.326-$0.34 on 6-7 January failed and activated sellers in the market. Thus, from 7 January a correction channel was formed, in which the ADA price is still moving:

While the price is above $0.24-$0.25 the probability of continued growth is high. At the moment, buyers are trying to stay above the mark of $0.28, which is the middle line of the channel. Successful fixing above this mark will allow buyers to test for strength in the range of $0.326-$0.34 again.

A good signal for the continued growth of the ADA will be the break of the resistance of sellers on the ADABTC pair chart: 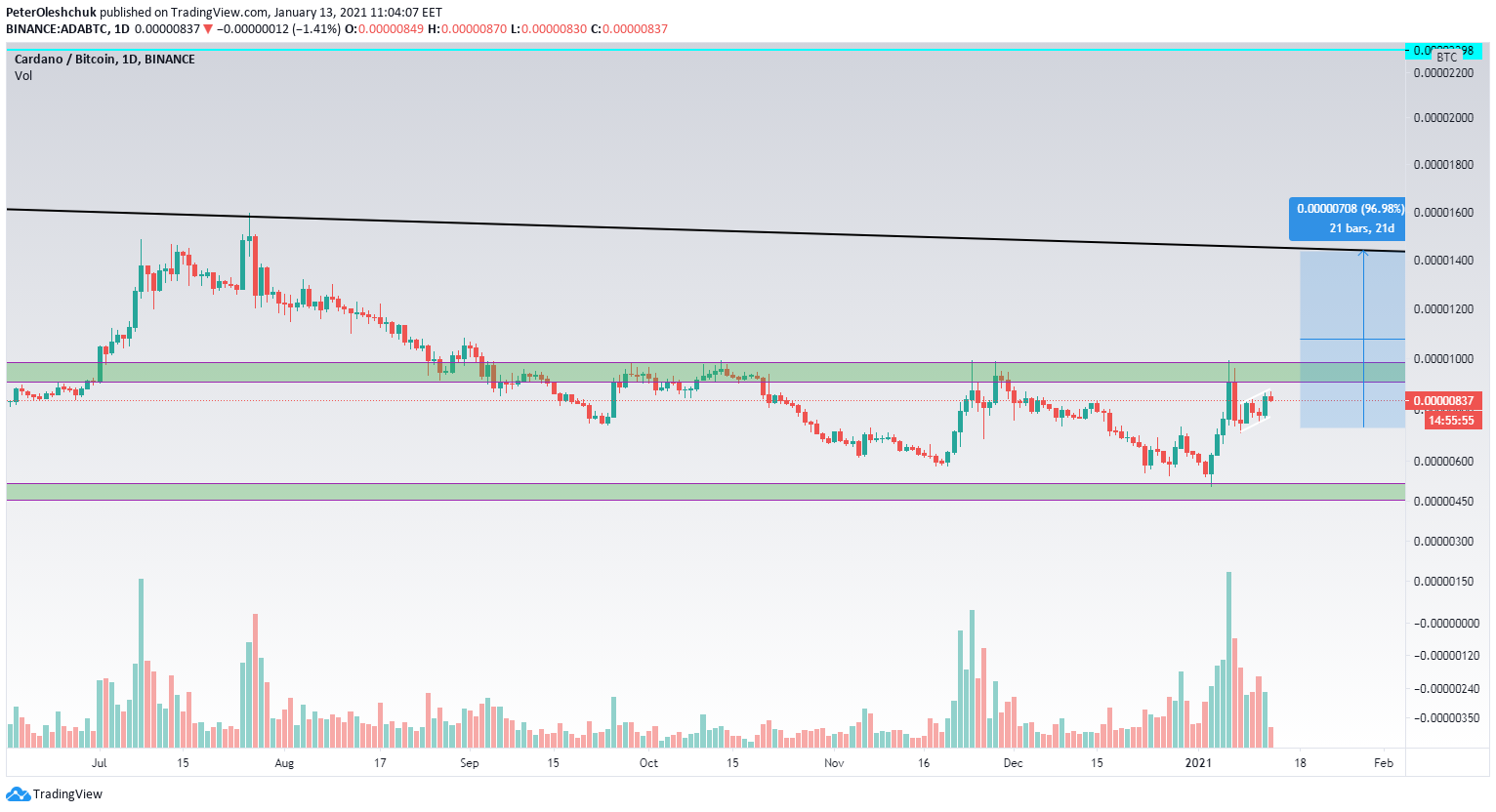 As you can see, even high volumes did not help buyers break the green range. As long as the ADABTC price is below this range, consolidation in the ADA market will continue.