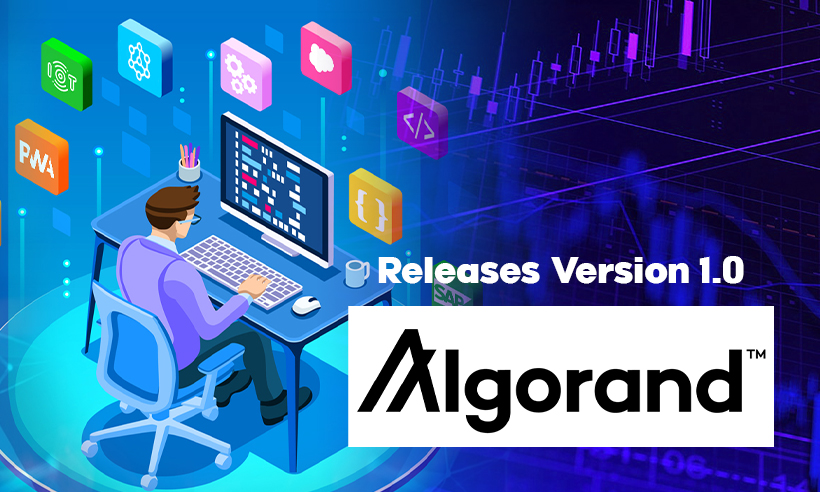 Decentralized blockchain network Algorand (ALGO) has released version 1.0 of its Algo Builder software that enables the building of Algorand dApps for enterprises as well as hackathon projects.

After 10 months of development, the team behind Algorand has finally released version 1.0 of the Algo Builder platform, a runtime implementation that allows the execution of all Algorand transactions in a simulated environment and dApp templates.

The intention behind releasing version 1.0 of the Algo builder software is to make Algorand applications simple, efficient, and scalable.

Per the announcement release, the latest framework is composed of:

Algorand has also unveiled working on TEALv3 support that will allow the creation of test suites targeting TEALv3 while working on providing full integration with the Reach language.

The blockchain network has further revealed new smart contract templates with updates, including authorized tokens designed for securities and ASA with restrictions that help in clarifying complex compliance requirements, including investor whitelisting and transfer restrictions.

Furthermore, Algorand has also planned several blockchain upgrades with a scheduled release of other smart contract templates such as DAO, Bond Token, and Unique NFTs.

In April 2021, Algorand (ALGO) partnered with carbon offset specialists ClimateTrade to launch a “sustainability oracle” that will make the blockchain “carbon-negative.”

While Algorand’s network is already carbon-neutral as the network based on a proof-of-stake (PoS) consensus, it has now set its intention for ultimately becoming the greenest blockchain of all.

Meanwhile, Algorand’s block rewards are distributed to all ALGO coin holders, offering all ALGO holders the opportunity to earn rewards instead of just block producers.