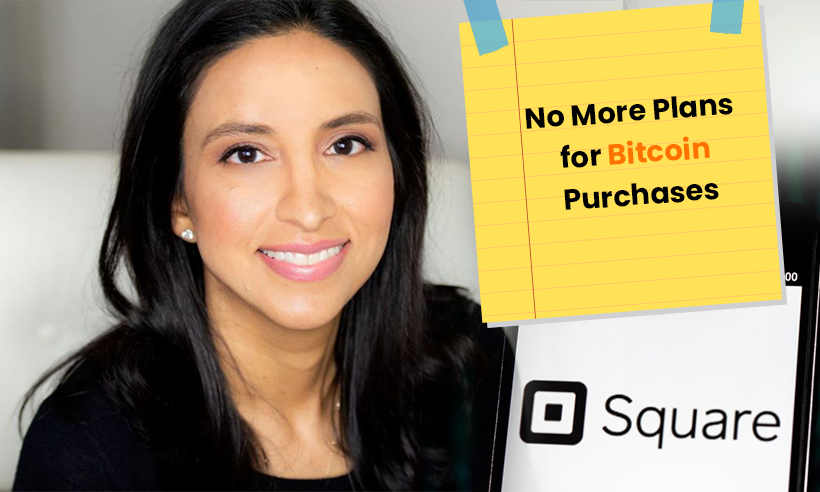 The Chief Investment Officer of the payment company Square, Amrita Ahuja, has recently revealed that there were no plans to purchase more Bitcoin. As reported by the company, a $20 million impairment loss on Bitcoin investments in early May was recorded, but the fair value of its holdings surpasses their exceeding costs.

Amrita Ahuja released a statement regarding the same, that read:

The Cash App of Square made a killing with the Bitcoin sales that managed to generate over $3.5 billion in revenue in the very first quarter of this year.

At present, Bitcoin accounts for around 5% of the balance sheet of the payment company. It has been revealed that the company will be further assessing the makeup of its treasury in the future based on the evolution of the cryptocurrency.

In contrast to the firm, MicroStrategy, a business intelligence company disclosed yet another $15 million Bitcoin purchase on Thursday.

Bitcoin’s Carbon Footprint to be Addressed

As claimed by the Chief Investment Officer of the payments firm, the carbon footprint of Bitcoin needs to be addressed and along with that, she urged for the wider adoption of green energy.