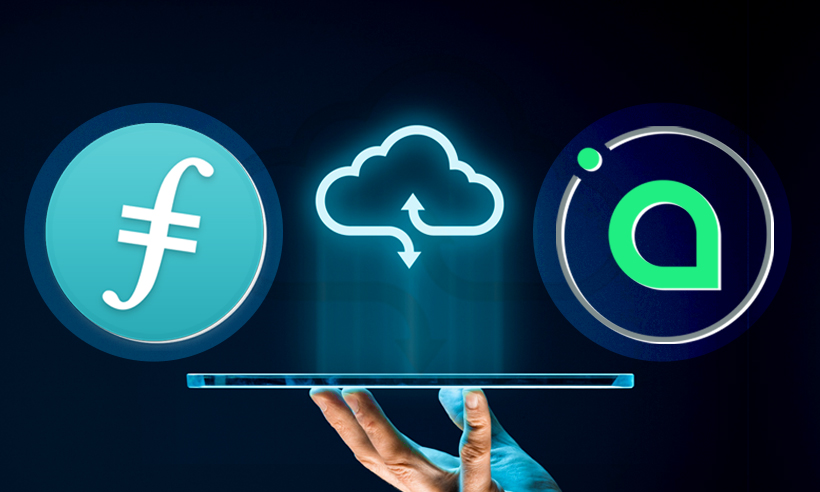 Or the cloud storage networks can easily be broken….

What once seemed like an unconventional and uncertain use of technological advance has now become an irreplaceable component for survival in the digital world. As the headlines for every fintech news portal fills up almost every day with new tech candies offered by the great geniuses of the world. We notice more and more of all the incompetencies in the current centralized systems.

By the end of the first decade of this century, the world was introduced to the first cryptocurrency, Bitcoin. And with it came the technology that led to thousands of projects, Blockchain. Some would say that bitcoin has grown tremendously into the world, true, but I would say that blockchain has grown even bigger in potential. Blockchain by definition is the vision of a completely decentralized future, a need that was long overdue to be fulfilled.

As recently in October 2020, the long-awaited Filecoin’s mainnet went live and once again proved that the world is ready for the benefits of the new innovations. Filecoin is a decentralized storage network, offering a solution to a problem that has heavier repercussions than the majority realizes. Living in this day and age, it’s imperative to understand money isn’t the only valuable asset. Data has built a monopoly over time given that everything found online is data, our data, and it’s not even ours to control.

And that’s why the potential in a decentralized storage network is almost palpable.

Have Centralized Storage Networks Failed us?

We have quite some options now for cloud storage from google drive to Microsoft’s one drive to apple’s iCloud. Even being well established and globally used, these networks have their own vulnerabilities and loopholes, which is ok, nothing is perfect. But by default, the very centralized nature creates the biggest potential for failure. I am not saying that these cloud storages have doomed us, it just that we have some great alternatives with better solutions.

Now and then we hear of hacks across the various networks, I mean if online platforms of political figures like Narendra Modi and Donald Trump’s can be hacked and messed with, then a single hack or failure in centralized storage can cause some serious damage. Decentralized storage networks like Filecoin, Sia, Storj, etc. rely on a network of nodes and looks forwards to give a better alternative for the centralized ones.

Moreover, the long-term vision of decentralized storage networks stems from the need of creating user control over data instead of corporate control. A project like filecoin is built on IPFS, a protocol that allows decentralized file system allowing a peer to peer network for storing and sharing network. Similar to which, Sia has Skynet, again meant for creating a distributed file system.

The term decentralized has gained high tact especially as we lead into the future with a vision of decentralized finance. Decentralized storage networks is now a standing reality in front of the world. Protocol Labs’ Filecoin and Sia are real-life testimony to the above statement. Our data is currently stored in centralized cloud storage networks, control to which is again in the hands of one entity. One drive, apple’s I cloud or amazon’s cloud storage are all centralized and the drawbacks are many. Not to mention data breaches concerning privacy and security have previously been reported.

Decentralized storage networks are built to allow multiple users, group people, or nodes to host data instead of leaving the responsibility on a singular form of entity. In order to motivate participation in the network, hosts are part of the incentive system of the network. So imagine your data being stored on multiple locations, being held by a self-sustaining system, powered by a strong consensus system providing data security that we don’t even realize lacks in the current storage networks.

The concept isn’t as complex as it sounds. Yes, it makes sense to doubt security when the data is supposed to be distributed. But if you are already familiar with how peer to peer network works and blockchain technology, then there is not much to grasp but the benefits. The architecture of these networks itself is built to tackle the drawbacks of the existing centralized storage networks. We’ll get to the mechanism of the current decentralized storage networks after we first understand why they are required in the first place.

Data doesn’t just mean lines and paragraphs of text. Every media file, be it images or video content, are all data sadly controlled by owners of platforms like Facebook, Google, Snapchat, etc. Moreover, sensitive data inclusion ID, passwords, and personal details are all sensitive content. It’s not the matter of ‘will’ that information be compromised, it’s more of the potential of ‘can’ it be prone to hacks or failure. We live in a world of constant scope for improvement, and giving the user control over their own data is one such luxury that also tackles one of the biggest points of failure in the currency storage networks.

It also needs to be noted that decentralized solutions like Filecoin and Sia are pretty new to the world. Transaction data to which goes on a technology that is merely a decade old and incentivized by assets that are still growing and seeking potential with limited regulatory guidelines by the central government. But hey, it’s the very vision of Defi accelerators to present a working alternative to centralized finance.