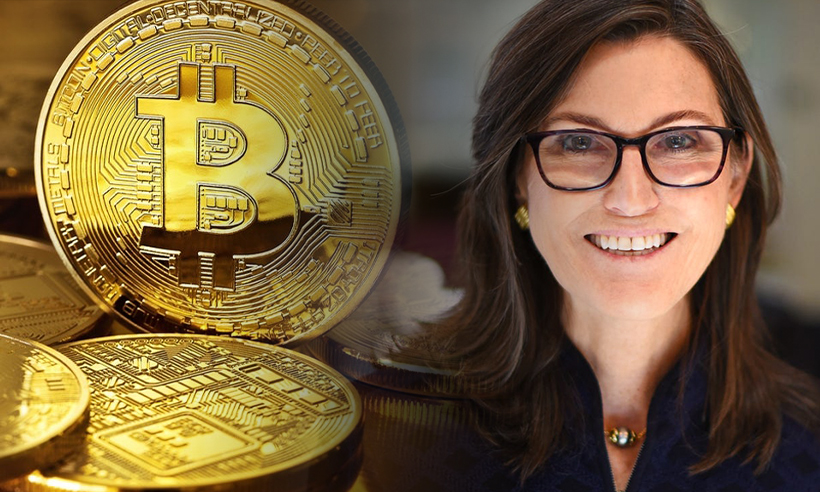 CEO of Ark Invest, Cathie Wood compares digital gold with real gold. According to her claim, the purchasing power of Bitcoin increases making it equivalent to today’s gold standard. As the adoption of cryptocurrency increases the investor’s interest increases in the first digital currency.

Digital Gold Could Eclipse Real Gold in Near Future

In a series of recent tweets, Cathie Wood, the Chief Executive Officer of asset management company Ark Invest, addressed the concern of the CEO of electric car making company Elon Musk that is about the unusually high S&P 500 to GDP ratio.

Just two months back the asset management company investment touched $50 billion. This target was undoubtedly a major milestone for the fund that profited Tesla’s rally.

Crypto-asset analyst at Ark, Yassine Elmandjra claims that Bitcoin could one day eclipse the market cap of gold, stating;

“If you look at gold as a $10 trillion market cap, bitcoin is about 10 percent of that, and if we believe bitcoin is a 100 times better version than that, then it’s fairly safe to say that there’s a stark chance that bitcoin captures a lot of gold and market share, and more.”

Blockchain Holds the Power of Transformation

Wood is convinced that the current technological progress “dwarfs” that of the late 18th century. The technology associated with blockchain and artificial intelligence is among some of the examples of cutting-edge techno power.

In her Twitter thread, she mentioned that disruptive technologies tend to deflate due to Wright’s law. The rapid increase in productivity results in increased earnings, while non-zero interest rates push the S&P to much higher levels.

The Gold Standard also was in force, According to Wood, the stock market was three times higher relative to the GDP in the early 20th century.

Wood certainly carries deep knowledge about disruptive technologies, since she embodies the most recent speculative mania that has already surpassed the dot.com craze in the late 90s. Undeterred by haters, Cathie Wood is a cult-like figure in the investment community.

READ  DOT Prices to be Bearish Between $15.81 and $15.21
#Bitcoin Could One Day Eclipse The Market Cap of Gold #Blockchain Technology #Cathie Wood #Tesla