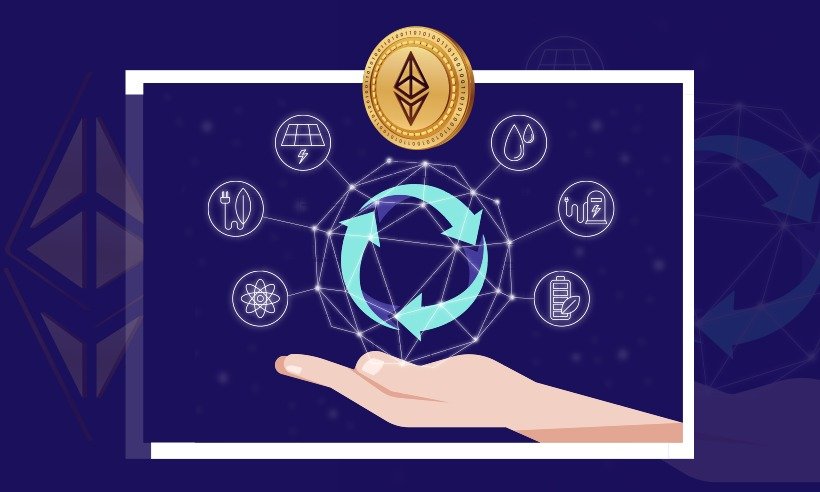 The cryptocurrency world is growing rapidly all over the world and it has been seen that people have started showing their interest in them. Anyone who has started or wants to start trading in cryptocurrency is simply trying to gather more and more information about it. Earlier, it was believed that Bitcoin’s blockchain is the only one that could be trusted. However, this notion is getting cleared as people have started seeing subsequent growth in digital assets which are backed by Ethereum.

A lot of people clearly believe that the ERC-20 token has played quite a huge role in the development of cryptocurrency. In order to exchange or share, these tokens follow several rules. There are a total of six mandatory rules and three optional. The mandatory ones are, totalSupply, balanceOf, transfer, transferFrom, approve and allowance. The other optional ones are Token Name, Symbol and Decimal up to 18. Here are top 5 ERC-20 tokens which have been built upon Ethereum blockchain and how they managed to sustain and eventually end up being successful.

EOS is one of the most powerful decentralized systems which has been built upon the Ethereum blockchain. It works for the development and execution of decentralized applications, also known as dApps on its platform. The main purpose of creating EOS was to work for the development of a powerful infrastructure for dApps. Back in 2018, after the Dawn 3.0 update, it has reached the top five cryptocurrencies across the world as per the market capitalization. The software of EOS provides user authentication, cloud storage and server hosting which proves to be the complete solution for dApps developers. Along with this, it also works to scale millions of transactions per second while eliminating user fees. Back in February 2018, the price of EOS reached $5.28. During that time, people have been making predictions that the price will reach even higher but that doesn’t seem to be happening anytime soon. After the market crash of March 2020, the price is fluctuating around $2 only.

TRON is an entertainment content sharing platform which has been developed using the Ethereum blockchain technology. Here on this platform, the users will be able to publish and store their own data. The sole aim on which it has been developed is to decentralise the internet so that the users will not have to rely on any centralized service. Now on TRON, there is not any third person and the users are able to directly connect with the consumers through their content. There are different cryptocurrency exchanges which allows you to purchase or trade TRON. Back in the previous year, the price of this coin was $0.028924 with a market capitalization of around $1 billion. At present time, TRON is trading at $0.017748 and the market capitalization is $1,183,467,444.

VeChain is a blockchain company, having a native token VET which is focused on products and information. It is working towards the development of a distributed business ecosystem and helps the business to track items. Here on VeChain, different businesses are able to track items and their products on the supply chain. This simply provides them with the authenticity of the products and all the information about the origin of the product or goods. Different sectors including healthcare, luxury goods, logistics and many others have proven to be of great use to the industries dealing in these sectors. Different crypto exchanges like Bitfinex, Binance, Coin Switch and many other prominent ones have listed VET on their exchanges. As compared to the same time in the previous year, the price of the VET has increased subsequently. It was trading at $0.00568843 in July 2019 and at the present time, it is trading at $0.01843544.

The reason behind building up ICON on Ethereum blockchain is to provide a huge decentralized network for smart contracts as well as dApps. Here different blockchains will be able to connect with each other through smart contracts. Now all the different blockchains across the world will be able to do transactions with each other without having any intermediary in between. It also allows the users to create a new blockchain through which they can connect with other blockchains connected on this platform. It has also been listed on some really prominent exchanges like Binance, Kraken and many others. As far as price is considered, it is trading at the price of $0.405769 and it has been seen that the price of this token is relatively increasing over the past few months.

Now comes the last one in the list that is Binance Coin, BNB which is the native token of Binance crypto exchange and has been built upon Ethereum blockchain. The main purpose of this coin is to work for the development of exchange itself by providing funds to it. The users of this coin get many different features and discounts in Binance fees. The price of this coin is relatively higher than all of the above-mentioned ones as it is currently trading at $17.76 and is ranked at 10th position among all the cryptocurrencies as per the market capitalization.

Even though the price of these ERC-20 tokens doesn’t seem to be doing very well as they have decreased to some extent over time. But it has been seen that even though the prices are going down, the market capitalization of these tokens has reached a very high position. This is the reason why it has also surpassed the market capitalization of Ethereum which is its own ecosystem.