Cosmos is one of the first contributors to the crypto community, it was established in 2014. Cosmos’ white paper was published in the year 2016. ATOM’s network allows users to use the Inter-blockchain communication protocol to exchange digital money and information across multiple decentralized blockchains. Let us look at the technical analysis of ATOM. 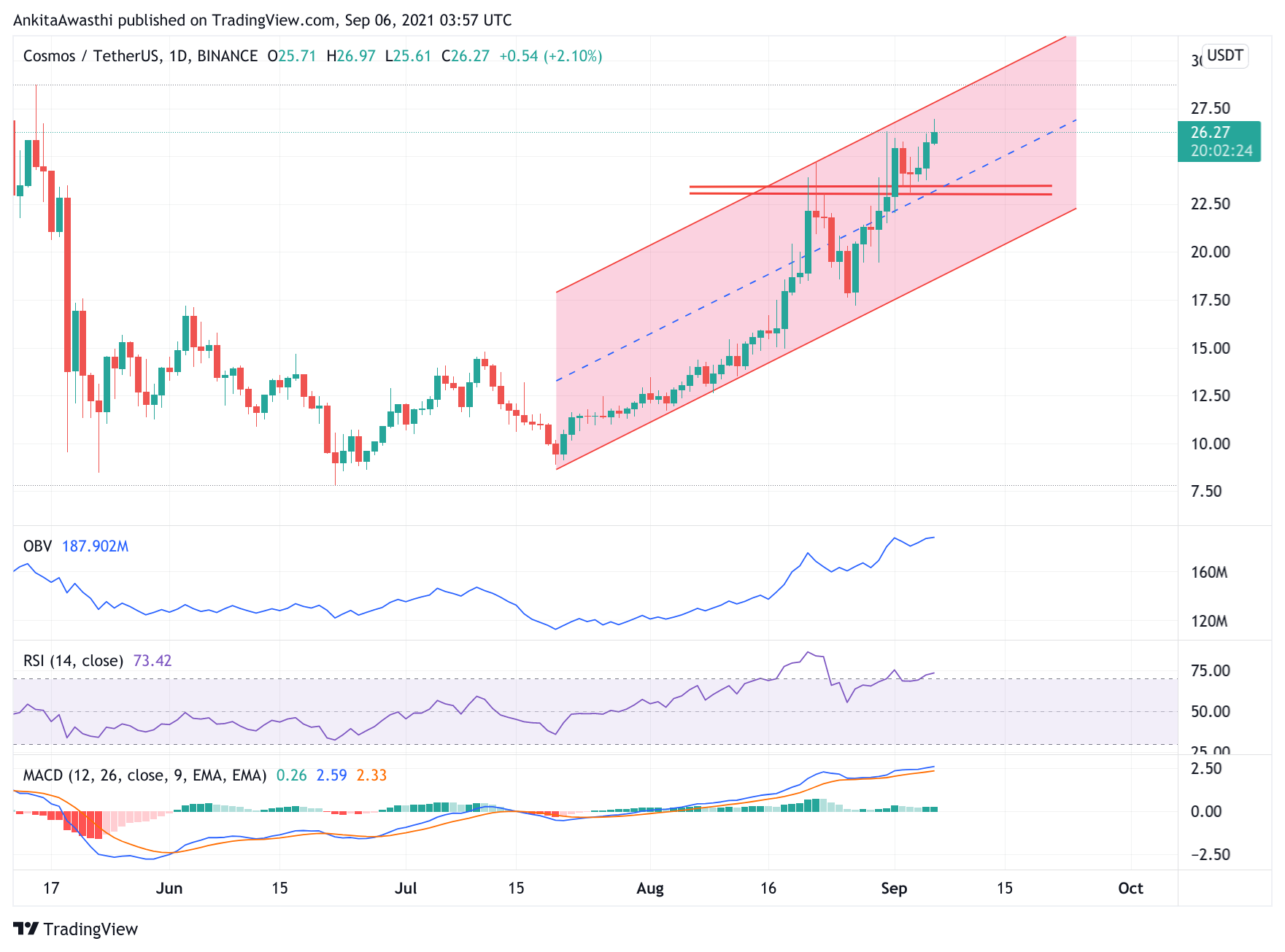 Cosmos has surged by approximately 25% since the blockchain layer 1 boom. Traders and investors have minted money after ATOM gave a box breakout. Currently, it is trading in a parallel range. Thus gives traders a good opportunity to scalp. Let us see what are indicators indicating;

Currently, ATOM is trading at $26.19. The price has increased by approximately 9% in the last 24 hours. Thus, the market looks bullish.

The MACD and signal lines are in the positive zone. Plus, a bullish crossover by the Signal line over the MACD line has occurred. Thus, the overall market momentum is bullish, and we can expect a price to rise. However, both the lines are close to the zero line and may change signs soon.

The RSI indicator is at 72%. It has just risen after taking support from the 69% mark. Thus, it indicates that the buying pressures are high in the market. Hence, we can expect the price to rise for some time. Moreover, it is forming a bullish divergence, which indicates that the bulls have maintained the position.

The OBV has picked up an upward trajectory, thus indicating that the investor’s interest in the token is increasing.

Currently, the price is above its support level of $23.46. After forming support at this level, the price made a new high. However, a breakout from the immediate resistance level of $26.72 will highlight the next resistance at $28.57. Traders can take a long position from this position, by keeping a stop loss at $25.51.