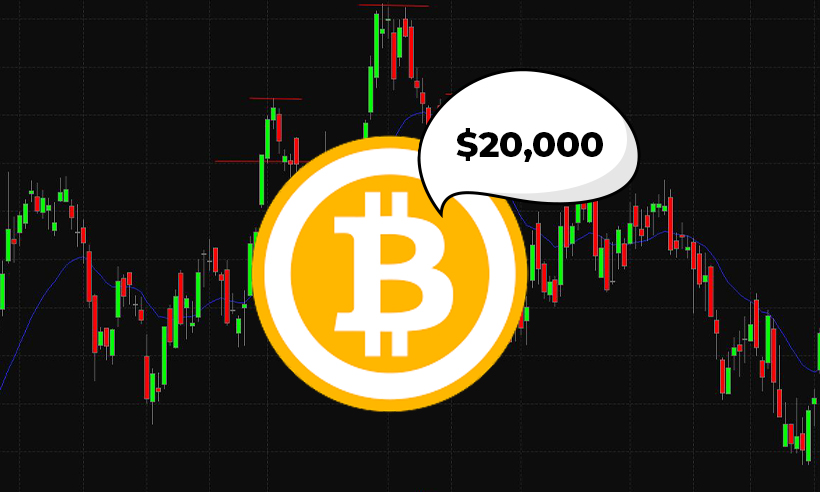 Bitcoin is forming the so-called “Inverse Cup and Handle” bearish technical pattern that could take the digital asset down below $20,000.

Bitcoin has raised the prospect of retesting its low of $30,000 for either a bearish breakdown or a bullish pullback as traders continue to speculate on the ongoing conflict in the Bitcoin market.

Amid the chaos in the crypto market, a technical pattern has started to form, giving a bearish outlook.

Spotted by the crypto analyst, Keith Wareing, an “Inverse Cup and Handle” technical pattern has started to form that points to an extended downside price correction ahead in the Bitcoin market.

The pattern develops when the cryptocurrency forms a large crescent shape as it rallies higher and corrects lower, followed by a less extreme, upward rebound.

Based on Bitcoin’s recent price action from its all-time high of $65,000 followed by a dump to $30,000 and a retracement to $40,000, the digital asset’s chart pattern confirms that Bitcoin has indeed formed an Inverse Cup and Handle in the daily time frame, soon lurking for a bearish breakout below $20,000.

An inverted cup and handle chart pattern takes place at the end of bull markets symbolizing a topping pattern after a strong move to the upside, signaling the end of an uptrend on a chart.

Bitcoin’s tumble on June 20th created trading that market technicians call a“death cross”. With the cryptocurrency’s volatility and the lack of fundamentals, it makes it difficult to predict what comes next.

Meanwhile, when popular crypto analyst PlanB tweeted about the impending death cross, some pointed out that this isn’t the first time Bitcoin has witnessed the same.

“There have been 6 past death crosses in bitcoin’s lifetime. 4 have resulted in enormous downside. The two that didn’t lead to a downtrend were towards the end of a bear market, not after a full-blown