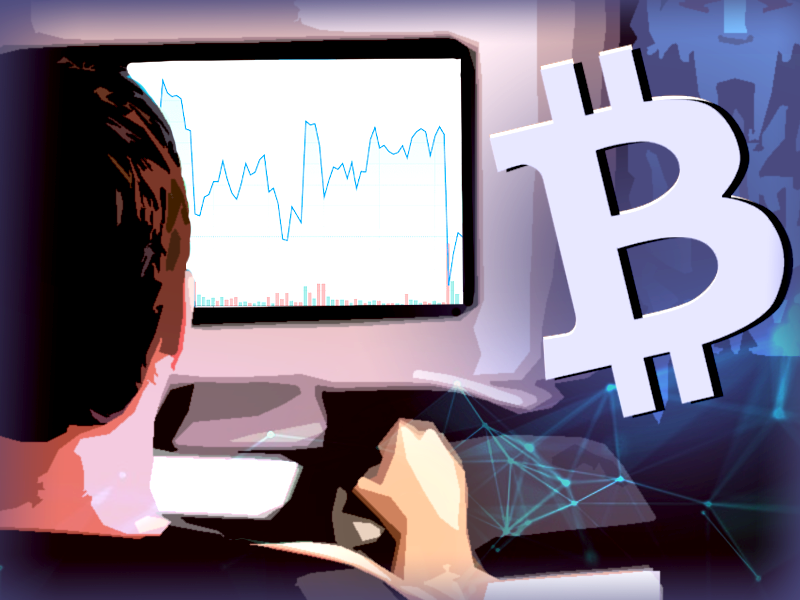 As the Bitcoin experienced a surge in its figure, the on-chain monitoring resource, Glassnode, uploaded a surprising data related to it on July 26, stating that compared to earlier ones, the recent journey of Bitcoin price above $10,000 would be different.

In contrast to the last two times $BTC hit $10,000 USD, we haven’t seen an increase in #Bitcoin Days Destroyed today.

As per the report, on July 26, the BTC/USD suddenly experienced a sudden surge in its price. Since a long time, it has been struggling to rise above $10,000 and on Sunday BTC/USD hit highs of $10,200.

This was not the first time in the year 2020, the Bitcoin rise above $10,000, but according to Glassnode, this movement of BTC is different from the rest because of the Bitcoin days destroyed indicator.

Bitcoin days destroyed is a measured value of each BTC transaction which analysis since how long the coin has not moved.

Earlier, as the BTC surged above $10,000, the Bitcoin days destroyed metric also started increasing which indicated that the long-term holders of the world’s largest cryptocurrency were using this opportunity to trade or sell it.

According to Glassnode’s summarized data, “In contrast to the last two times $BTC hit $10,000 USD, we haven’t seen an increase in #Bitcoin Days Destroyed today.” 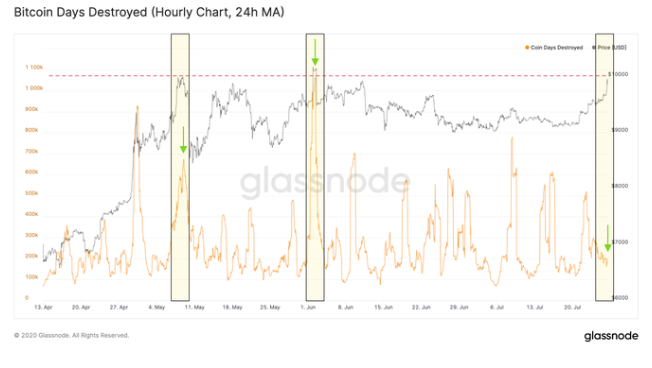 In June 2020, a rumour broke out, which stated that PayPal would be accepting crypto from now, soon after that, the price of Bitcoin surged above $10,000 and reached $12,000.

Network essentials would remain promising, but similarly, Sunday’s explosion will mark a firm contrast to the comparison pattern of Bitcoin which existed in prior weeks.

Presently BTC/USD pair is settled in a narrow corridor of higher lows and lower highs cycle, which would break soon, as per the researchers.