Bitcoin Is Killing ETH: Sellers Are Aiming for $480

The new trading week on the ETH market did not start as happily as expected. The rather weak wave of fall, which began on 19 December, was clearly underestimated by buyers. The loss of sellers’ initiative near the mark of $645 did not provoke buyers to a new growth wave. Low trading volumes during the consolidation on 20 December hinted to sellers that there is no strong buyer in this range.

As a result, in two days sellers were able to lower the ETH price by 10%. The price fell in the archival range of $585-593, which we wrote about in the previous article. During the last two days, sellers are boldly trying to strengthen the trend line of buyers. From 16 November, this trend line firmly kept the ETH price. 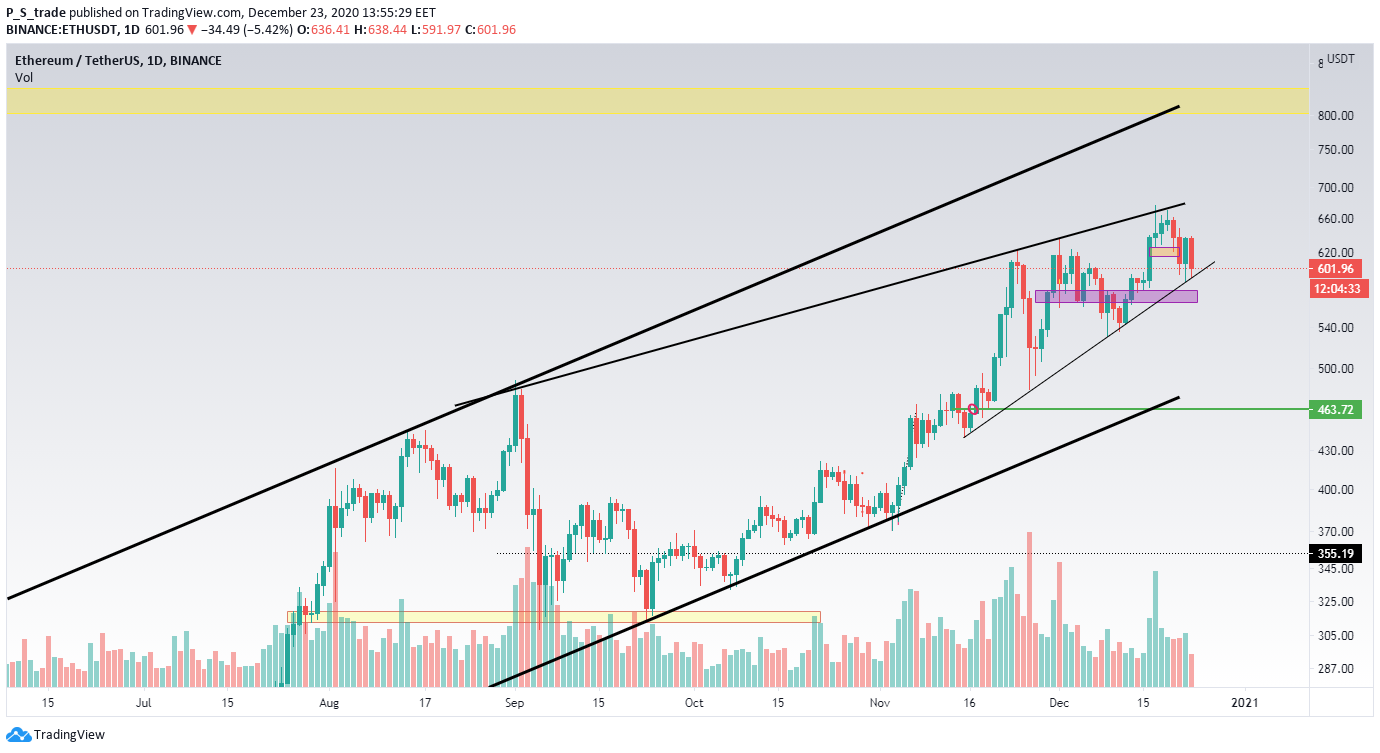 However, given the two previous local ETH highs, the growth trend began to slow down. The market has clearly formed a wedge, in which the trading range is constantly narrowing. This figure often indicates the end of the current price trend, and more often it breaks down:

READ  Ethereum's battle of $124: Breach it and go lower or bounce and surge higher?

The Dominance of BTC Continues to Grow Steadily

BTC plays a bad role in the ETH market. In recent days, the dominance of BTC has grown significantly. Thus, during the BTC growth, other coins grow weakly. Though, the BTC fall is accompanied by a strong falling impulse of other coins. 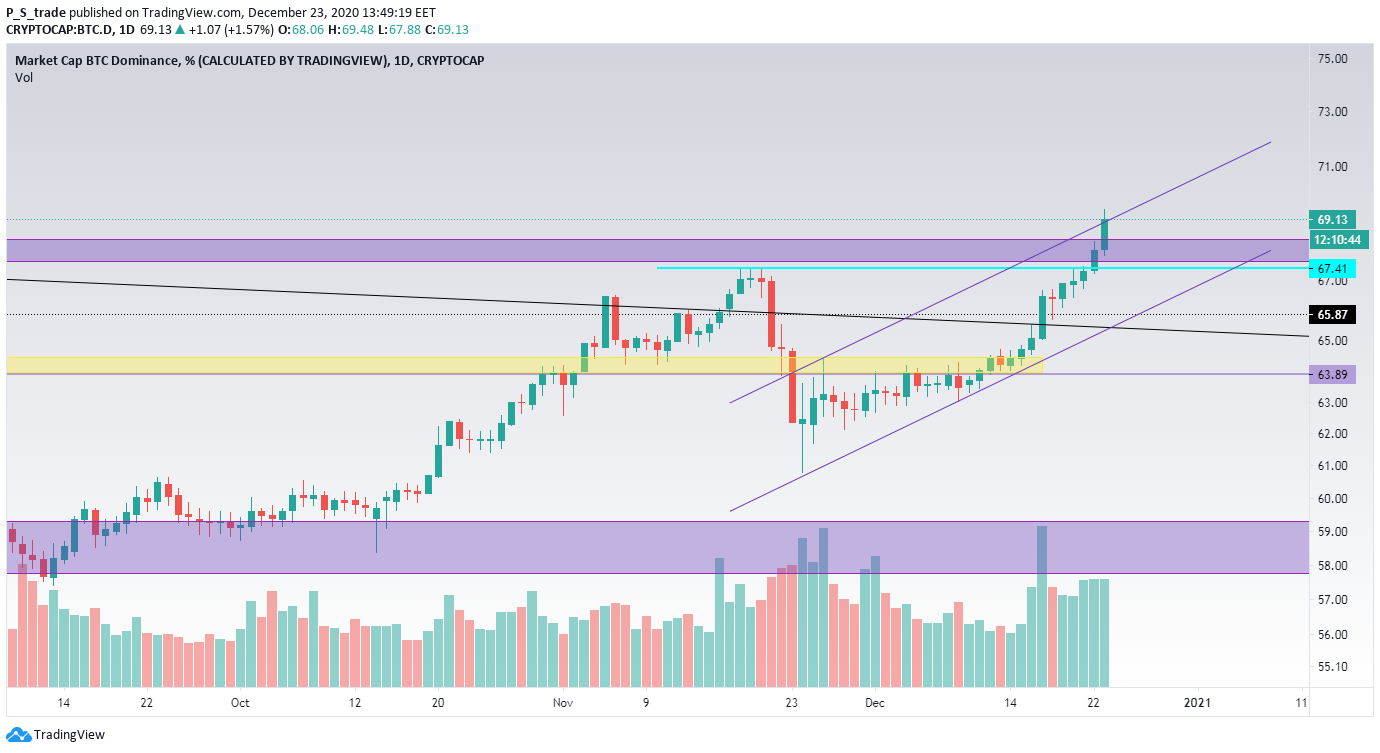 The recent wave of BTC fall occurred as part of the consolidation, but some coins have updated their local lows. If BTC sellers break the mark of $22,500, a medium-term correction of the entire crypto market may begin. In this case, the ETH price fall to $480 will be the main scenario for a few weeks. The critical point of this scenario is $565. By keeping it, buyers can save the ETH market from local collapse.