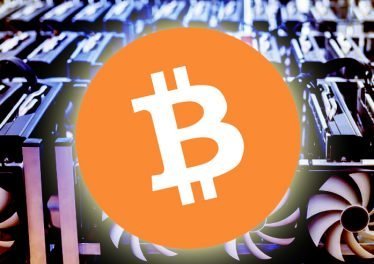 As we reported, the next Bitcoin halving is just around the corner. With less than 200 days to go, many have been making predictions on what to expect with what is only the third halving in Bitcoin’s history. Some of the most vital contributors to the success of Bitcoin, miners, have also had their say. Miners ensure that transactions are verified, the network is secure and directly lead to new coins being released. This event then directly affects them as the reward they receive for their service will be slashed in half.

In a recent video, some of the most prominent miners have shared their predictions over the upcoming halving. Some of those included in the video are Genesis Mining CEO, F2Pool Global Business Director, and Hyperblock CEO and Chairman.

READ  Finnish Authorities in Dilemma over Seized Bitcoin Worth $15M

While the contributors disagreed on where prices would go following the halving, one thing was clear. The event will be monumental and will have a great effect on prices. About prices, surprisingly, some think that Bitcoin could crash. Most crypto watchers have been nothing but optimistic about the upcoming halving. As we have reported, a new all-time high is expected.

One of the ways this is achieved and which was clear with the miners is due to the drop in supply. With the halving slashing the mining reward from 12.5 to 6.25, there will be a notable drop in Bitcoin supply in the market. Another angle is the fact that small miners could easily be pushed out of the industry. Mining is a highly competitive industry. With the reward dropping by half overnight, small miners could easily be pushed out. this will further escalate the supply problem.

“It is a bit scary being a miner and knowing that your revenue stream is going to get cut in half overnight. But the exchange rate will more than compensate for the reduction in our bitcoin denominated revenue.”

A few miners that are concerned that if prices do not compensate for the 50% decrease in reward, there might be a crash. If miners are pushed out, the network might get weaker which could lead to a price crash. However many remain optimistic with history, every indicator, pattern, and trend backing their bullish sentiment.