The trading year on the Bitcoin market is coming to an end on a high note. The previous week has proved again that buyers are not going to give the initiative for a second. The week ended with a set of the historical high of $28,422. Our target, which we wrote about in the previous article - the test of $27,000 has been achieved. Setting a new record has led to local sales, which may again stop the Bitcoin price for a while: 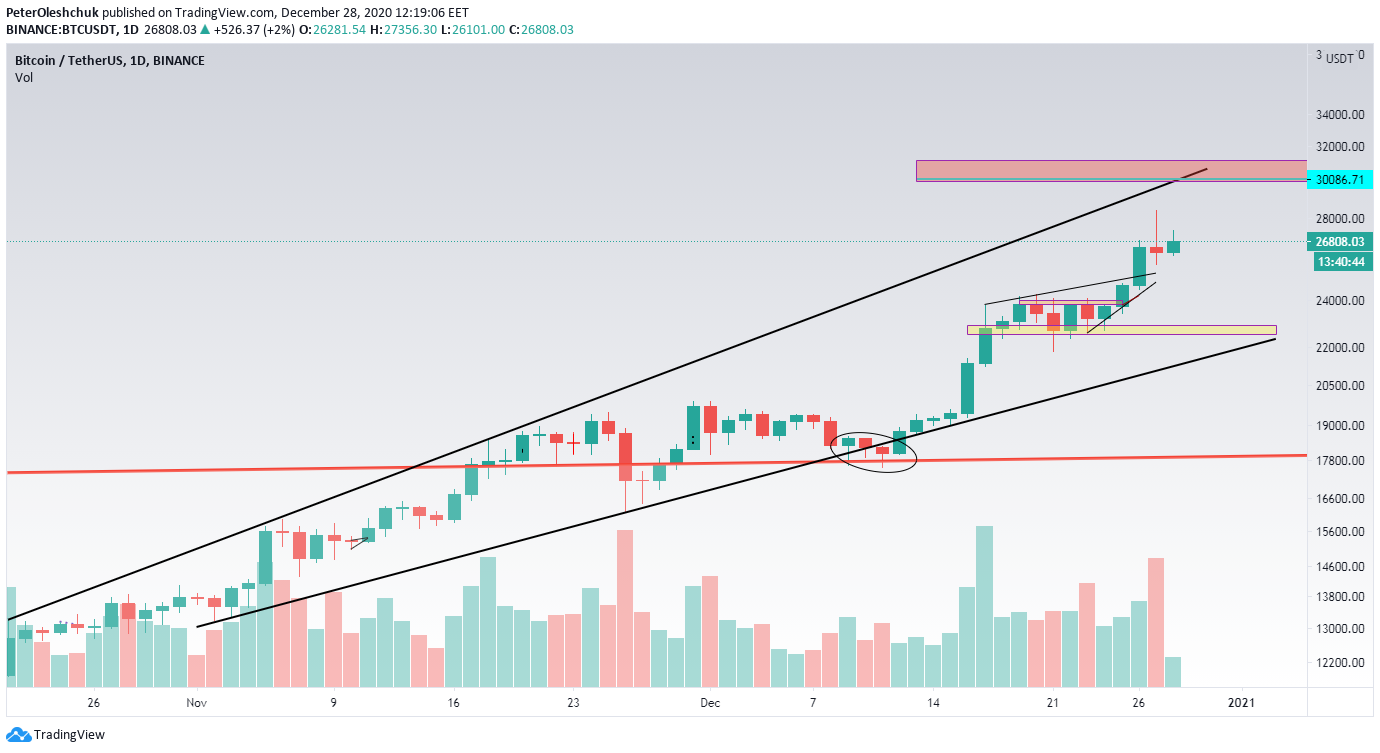 Though, closing the Sunday candle with a large pin-up and at high volumes has not yet played a dirty trick with the crypto market. Everything happened the other way around. Today's trading day in the Bitcoin market began with an attempt to grow. Other markets have finally begun to breathe and recover lost price ranges. Over the past three days, most coins and tokens have grown in the range of 15-30%. High volumes at historical highs indicate the probability of continued consolidation: 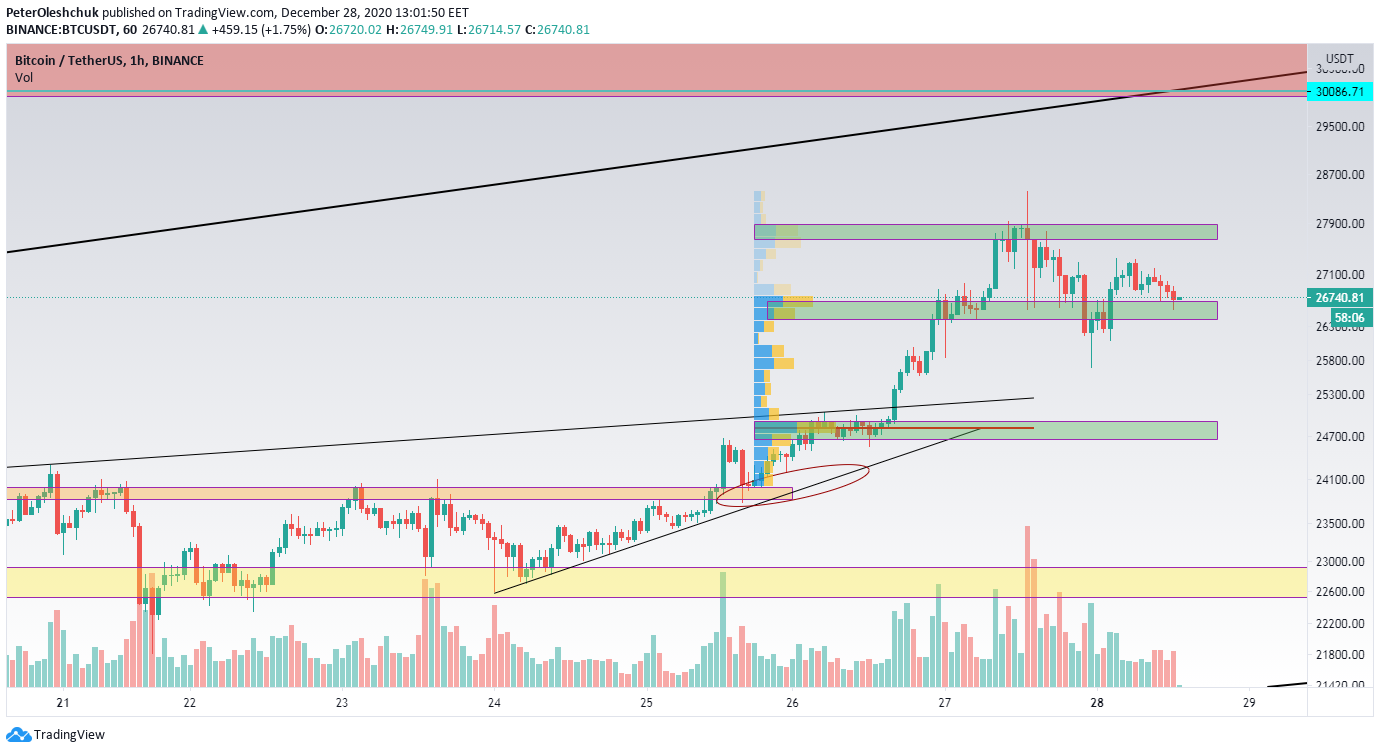 If the Bitcoin price remains above the range of $26,400-$26,600, investors will continue to confidently buy altcoins to increase the Bitcoins number. Thus, the chart shows that the main liquidity zone during the previous wave of growth is concentrated in the range of $24,660-$24,900. If the pressure of sellers in the market increases, this price zone must stand. By lowering the BTC price below this range, sellers will be able to roll up their sleeves and confidently lower the price in the well-known range of $22,500-$22700. This fact will indicate a change in the balance of power in the BTC market. Although so far there are no prerequisites for such a scenario. After a short consolidation, the probability of a $30,000 test is quite high.