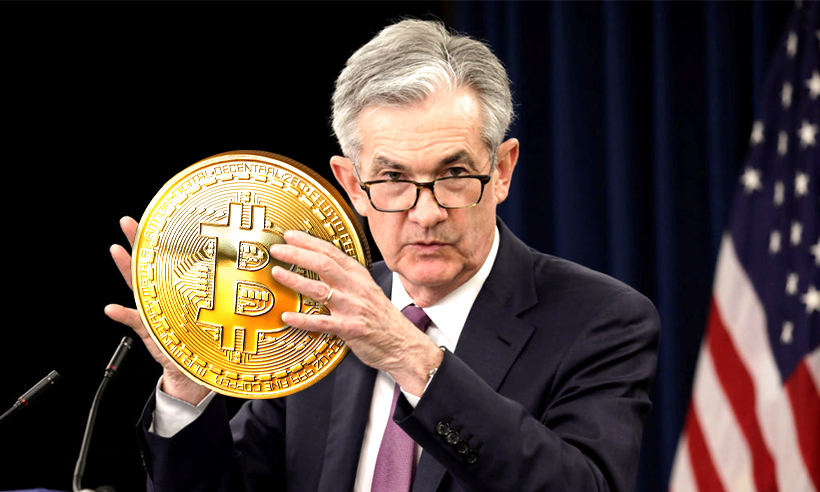 Bitcoin Substitute for Gold Rather than the Dollar, Jerome Powell Says

U.S. Federal Reserve Chairman, Jerome Powell sees that Bitcoin is more of a substitute for gold rather than the dollar. The leading cryptocurrency is more of a speculative asset and not particularly useful as a means of payment, according to him. He even warned the public about the risks associated with Bitcoin due to its high volatility.

Bitcoin Too Volatile to Replace the U.S. Dollar

During a Bank of International Settlements Innovation Summit virtual event, Fed’s Powell said that Bitcoin was too volatile to replace the U.S. dollar, saying:

“Crypto assets are highly volatile, see bitcoin, and therefore are not really useful as a store of value. And, they are not backed by anything. They are more of an asset for speculation. They are also not particularly in use as a means of payment.”

Powell also added that the public needs to understand the risks associated with Bitcoin due to its underlying volatility:

“The public needs to understand the risks. The principal thing is there’s the volatility. There’s also the outsized energy requirement for mining, and the fact that they’re not backed by anything.”

On being asked whether Bitcoin and other cryptocurrencies posed a threat to financial stability, Powell added that stablecoins are a better improvement to cryptocurrencies, highlighting their credibility based on sovereign money:

“To the extent, a stablecoin is backed by sovereign currencies of leading nations, that’s certainly an improvement over crypto assets, I would say.”

Despite this, the Fed Chairman still believes that stablecoins will not serve as the basis for the global financial system in the future.

Regarding the Fed’s progress on CBDC, the central bank said it was taking its time on researching its official currency as Powell believes there was no need to rush to come first on the CBDC race. He further clarified that the central bank’s exploration of CBDCs was not motivated by cryptocurrencies and stablecoins.