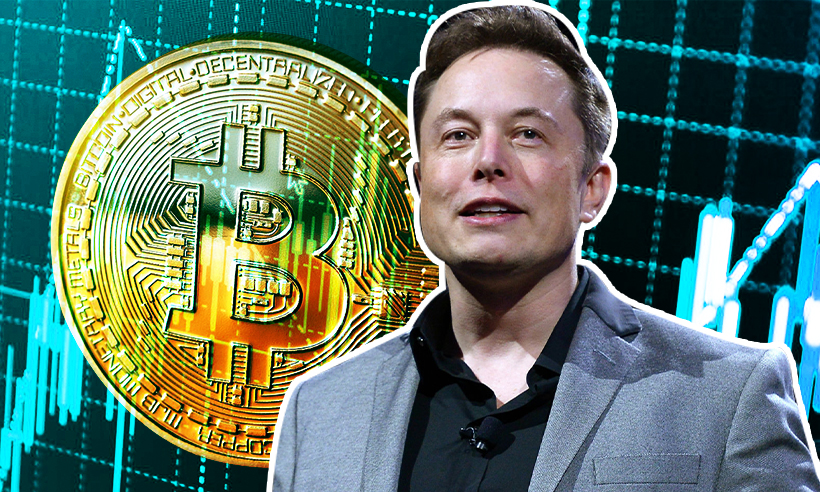 Bitcoin Suffers From Elon Musk’s Remark, But A Weekly Gain Is Possible

Bitcoin suffered more than 3% on Friday after Tesla CEO Elon Musk’s remark implying a breakup with the cryptocurrency, but it is still possible for its highest weekly gain in over a month as it attempts to recover from May’s slump.

Bitcoin was last trading at $37,809, down approximately 3.6%. Musk tweeted “#Bitcoin” and a heartbreak emoji atop a meme depicting a couple breaking up. This week, Bitcoin is up 6.3%.

Musk has been a vocal supporter of cryptocurrencies, but he has become increasingly critical of Bitcoin after halting Tesla’s plans to accept it as payment for automobiles due to concerns about its energy use.

Why Bitcoin Suffers As Musk’s Remark A ‘Broken-Heart Emoji’ On The Asset?

Musk added “#Bitcoin” with a broken heart emoji and an allusion to a phrase from Linkin Park’s iconic song In the End.

His Twitter account has had an impact on other sections of the market; for example, Samsung Publishing, a stake in the producer of the Baby Shark viral YouTube song, gained this week after Musk tweeted about the jingle.

Bitcoin is around $27,000 short of its all-time high of about $65,000 set in mid-April. While it fell on Friday, the drop was less severe than in previous instances of Musk-led volatility.

The most fervent cryptocurrency supporters claim that the token is only consolidating before a surge to new highs. However. Musk’s focus on environmental hazards, as well as the way his tweets fuel price fluctuations, have harmed the narrative that the virtual currency will eventually gain widespread acceptance.

Following the suspension of Bitcoin payments to Tesla, Musk later stated that the company had not sold any of its holdings of the digital token, so clarifying another of his tweets that aroused concerns about Tesla’s possible sale of the digital token.

The frequent postings have fueled curiosity as to why the electric-car pioneer is sending out crypto missives.