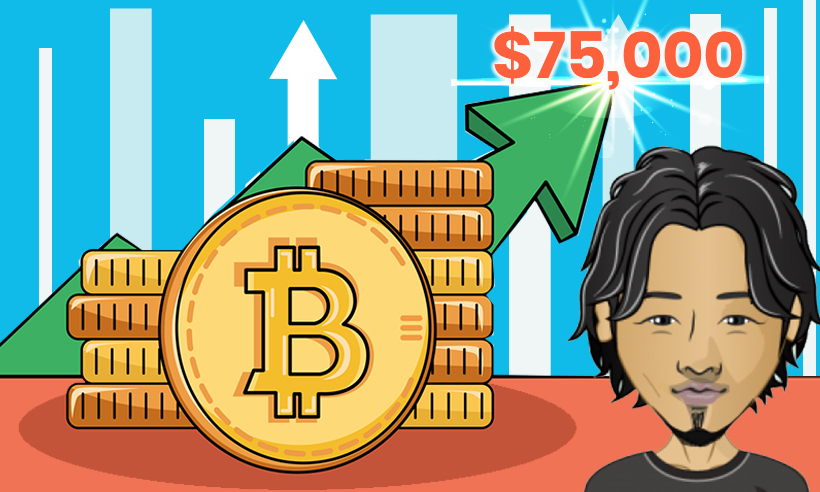 The on-chain analyst, Willy Woo, famously known for predicting the 2019 bottom, has emerged again to speculate a new high for Bitcoin.

The fluctuating performance of Bitcoin in the past week has left the market in a state of flux, to say the least. However, with a sweet note to the current BTC hodlers, the famously known on-chain analyst Willy Woo has called on the world’s largest crypto asset to soon rally at a rocketing high.

While BTC was opening and closing at extraordinarily volatile figures, Willy Woo, in an online interview, has predicted an untouched milestone of $75,000 for Bitcoin, backed by in-depth chart analysis at Glassnode and, of course, the on-chain analysis by himself.

Bitcoin Nearing Its Next Bull

Where BTC was knocking cracks over the almost touched mark of $60,000 while swinging between the range of $43,000 and $50,000 for the past few days, the buyers all have but one question to ask, what is the lowest support level for the asset to tap before it enters the next groundbreaking bull. The on-chain analyst in the interview positively complied with the question and marked the asset at a low of no less than $43,000 before rallying its way to a new all-time high in March.

Undeniably, there have been more than several predictions from JPMorgan, Max Keizer, etc. for the world’s first cryptocurrency, marking the growing awareness and interest from the recognized elites and institutions around the globe, Woo’s prediction, on the other hand, was followed by a significantly wide range of chart insights, including the liquidity of the asset and the adoption relative to the increasing entities in the BTC market.

Users and Adoption Above All

With an increasing amount of BTC being accumulated by institutional investors, pouring millions of dollars into the asset and piling high their exceedingly heavy Bitcoin treasure, retail investors were somewhat subdued at lack of chance. Where institutions have greeted the crypto market in dips and made quite some headlines, Woo pressed his interests into the increasing number of users coming in, predicting their number to go over 1 billion in a matter of 4 years, according to his chart Adoption Curves.

“From the next six years, Bitcoin Wins. It’s like, it becomes unstoppable” – Willy Woo

The analyst has the real participants in the BTC market categorized into three – Institutional investors like corporates and hedge funds, high net worth individuals, and retail investors. Looking at the high peak in the Bitcoin: Entities Net Growth chart, Woo concluded with the retail investors coming in. Even though being very diplomatically claiming that he doesn’t know what may happen, irrespective of his deeply conducted analysis, Woo did make a point of heavily pressing on the significance of increasing growth in adoption and the number of users to further progress Bitcoin into an unmatched success in a matter of few years.