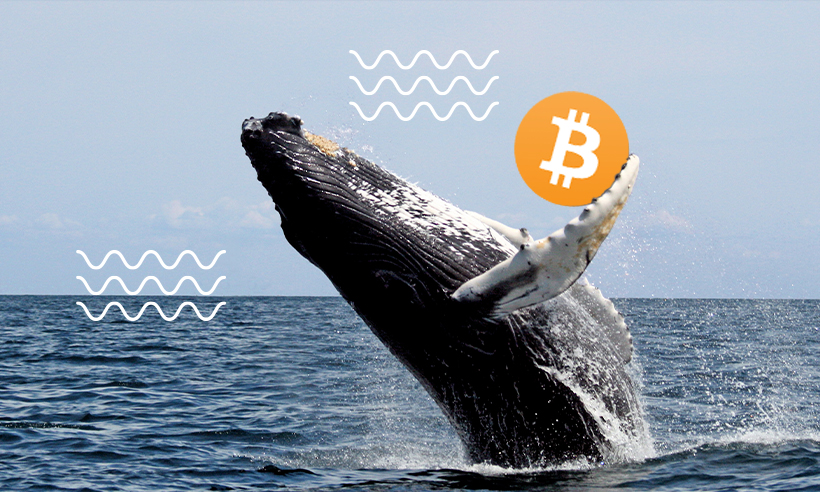 A Bitcoin whale has drained out its BTC wallet containing 8,648 BTC worth nearly $500 million as detected by ledger tracker BTC Block Bot on March 12. The whole transaction cost only about $53. The drained wallet was what was once known as the 114th largest bitcoin wallet prior to the transfer.

One of the largest Bitcoin whales has decided to move millions of dollars in BTC as the price of the top cryptocurrency nearing its all-time high.

The funds were moved into two separate wallets, with one wallet receiving 4,000 BTC and the other receiving 4,684 BTC. The emptied wallet sent its balance back to $0.

None of the addresses involved in these transactions appears to be associated with cryptocurrency trading platforms or other services. Both of those wallets are new and have never before sent or received any BTC.

This means that the whale isn’t likely moving its funds to sell them on the market but might be moving them for an over-the-counter (OTC) sale. It also suggests that the fund was transferred for cold storage.

Data shows that whales have been accumulating more and more BTC over the last few weeks. With Bitcoin nearing its all-time price high captured in February, Satoshi-era coins that have sat idle for many years have started to show signs of movement.

For instance, on March 4, at block height 673,162, a block reward worth 50 bitcoin from 2010 was transferred for the first time in over a decade. Meanwhile, a Bitcoin whale from 2013 emerged after 10,000 bitcoin that sat idle for over seven years was transferred on March 11.

Bitcoin is up nearly tenfold in the past year as increased institutional interest is pushing its prices to record highs. The cryptocurrency was trading around $57,374.49 at the time of writing, having hit a record high of $58,350 last month.