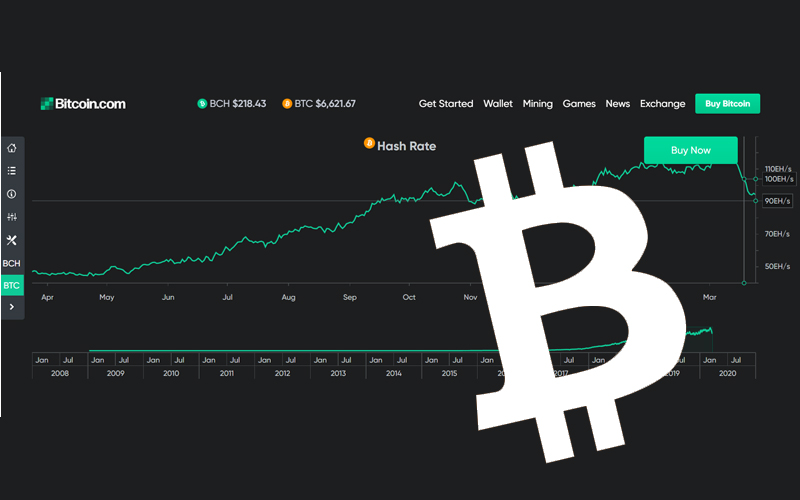 Bitcoin’s hash rate peaked on March 1, 2020, an all-time high but shortly after, it came crashing down as the bitcoin price crumbled, which sucked away all the gains of 2020. This led to a mass exodus from the platform by miners, as given the lack of profitability more and more left after one another. Glassnode notes that this fall is the biggest in bitcoin’s history.

The toppling led to a domino effect. The reduction in price leads to increased electricity and infrastructure cost. Given the bitcoin’s hash rate stumble, it led to the cost of mining turn more than the selling price of bitcoin. More miners left following this, which subsequently led to further reducing in bitcoin’s hash rate.

The plummeting compromised the speed of blockchain too. The blocks are being mined at a significantly slower pace. Glassnode records that the speed receded by 25% than the 10-minute target, which is usually set. The 25% slow down turned the ten minutes mining process into a 12.5 one. This bitcoin’s hash rate crisis is as had as it has gotten for bitcoin even since the dark days endured by it in 2018.

This has turned the present scenario into an enigma and a vicious cycle. The slow pace block mining has led to fewer block’s being generated, ergo, fewer block rewards, leading to additional strain on the miners.

Despite the reduced Hash rate, mining difficulty is going strong and is yet to be readjusted as the crash in price; slower block time has all led to delay in those adjustments.

The due adjustment for bitcoin’s hash rate is expected to be on March 25, and a whopping 14.7% is being projected, which would be the most significant adjustment ever recorded in the history of bitcoin.