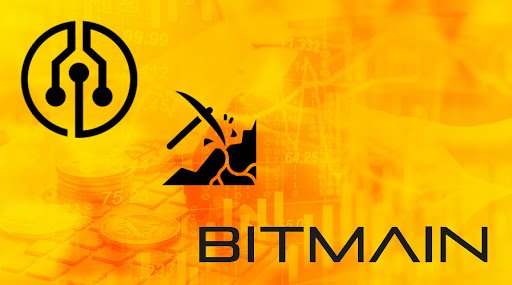 According to the latest reports, MicroBT, Bitcoin mining unit manufacturer expanded its market share by selling almost about half a million units in 2019, contending with a dominance of rival Bitmain.

Bitmain Dominance In The Crypto Space

Crypto Researchers estimated that Bitmain’s position for sold bitcoin hash rate stands out as dominant in the industry till the present year. High shares of the Bitmain’s market can be deployed to successful sales of AntMiner S7 from its launch to 2016 while the S9 model dominated from 2017 to 2018. With the launch of two Antiminers in 2019, the company aims to offer hash rates between 53 TH/s to 64 TH/s, which aided in maintaining the largest capital share of Bitmain.

MicroBT, one of the leaders of mining manufacturer units sold around 600,000 units of its bellwether WhatsMiner M20 series in 2019, explained by Vincent Zhang, sales head of MicroBT in the online panel discussion with staff of WeChat (Chinese multipurpose messaging app). Shenzhen based company manufactures high proficiency computing equipment for the mining process, which boasts of generating the computing power of around 60 terahashes (trillion hashes per second). High computing power increased the delivery of 600,000 units, which granted around 30 exahashes of hashing power in the bitcoin network in 2019.

The current computing power of the Bitcoin network is 110 EH/s. The significant share of 30 per cent of the mining power of bitcoin contributed by the MicroBT. MicroBT’s figures of high trading volume establish its position as the fastest-growing miner makers in the world.

Though Bitmain has maintained its position in crypto space its share in trading volume has been paced down due to newcomers. Bitcoin’s computing power has grown by years, but the recent estimates mention that sale of Bitmain’s equipment paced down in past years.

While the upgraded versions of Antimers are widely used by miners but some factors in the crypto space hovers around which may turn the high graded equipment obsolete. One of the significant factors is the upcoming event of Bitcoin Halving. The interpretations related to the event compelled the miners to replace older models and upgrade to a new one.

Bitmain has launched the upgraded the version of Antiminer S17 against the WhatsMiner M20 product line of MicroBT. Surprisingly, M20 left behind S17 in terms of production and shipments which signifies that MicroBT is slowing expanding and moving ahead of the giant Bitmain. It is too soon to conclude that Bitmain has lost its charm as both firms are competing in the market to deliver more powerful machines in 2020.

Hashing power is defined as the hash rate, which measures the processing power. When a new bitcoin is mined, a block of the verified transaction needs to be “hashed” before its addition on the blockchain. Each hash is designed after successful completion of a complicated mathematical algorithm (meant for the mining process). Hash rate measures the number of times the network attempt to solve the algorithm every second. Thus, the higher hash rate is a positive sign for the Bitcoin’s network.