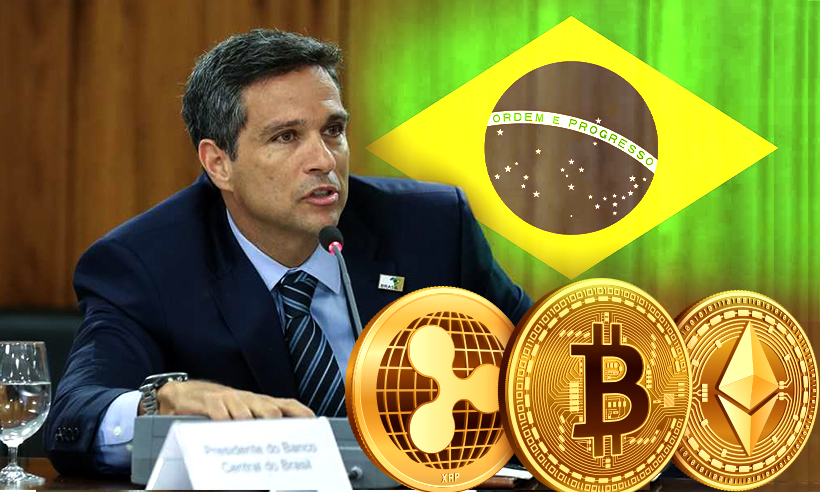 The Central Bank of Brazil is making great progress in digitizing its currency, and should have news on the matter soon, says the Central Bank Chief Roberto Campos Neto. He even stressed upon what kind of technology will be adopted and whether a digital currency will be interest-bearing, Reuters reported.

The Central Bank of Brazil Making Progress on Digital Currency

In an online debate hosted by the Bank of Spain, the President of the Central Bank of Brazil emphasized that central banks across the globe should discuss digital currencies while adding:

“We are making great progress on the digital currency process and we should have news soon.”

The central bank chief further stressed the certain needs that are to be determined before digitizing its currency such as whether a digital currency will be interest-bearing, and what kind of technology will be adopted.

Even though the domestic use of electronic payments has significantly expanded along with an improvement of mobile technology and communication, the currency system in Brazil is essentially limited to only physical form.

Last year, the country’s central bank created a study group to look upon the potential benefits and impact of issuing its currency in a digital format.

The study looked upon assessing risks involving cybersecurity, data protection, and regulatory compliance issues. It also delved into how a digital currency will affect financial inclusion and stability, and the conduct of monetary and economic policies.

In  September, Brazil’s Chief Central Banker, Roberto Campos Neto, said that the country could be ready for a digital currency (CBDC) by 2022.  The digital currency will be part of Brazil’s plan to digitize its payment system, including launching an instant payments system and a competitive Open Banking System.

Last month, Brazil’s QR Capital received approval from the Brazilian Securities and Exchange Commission (CVM) to list its Bitcoin exchange-traded fund (ETF) on the São Paulo-based B3 Stock Exchange. The move made Brazil the second Latin American country to approve a Bitcoin ETF.