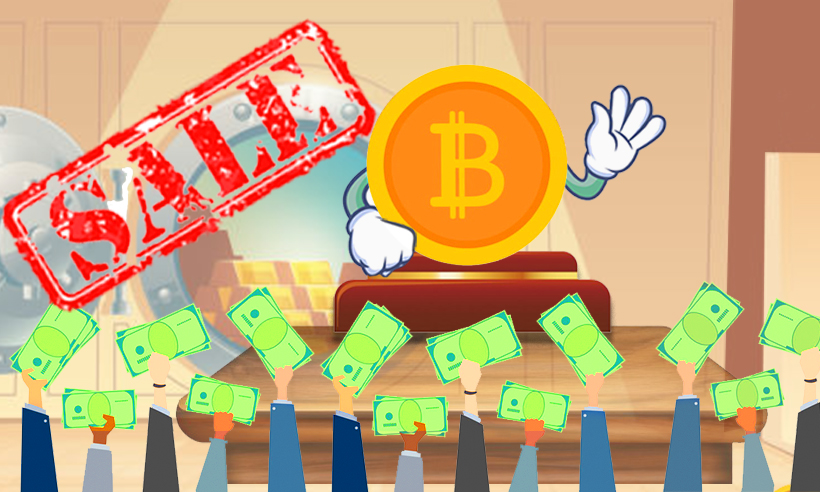 BTC Is on Sale – Buy the Fear

Crypto made its grand debut over a decade ago, with potential in one hand and volatility in the other. And let’s face it, the recent crash in the crypto market isn’t news. The crypto space spurred out of control and broke the $1 trillion mark barely a couple of weeks ago, gaining global attraction. Massive adoption consumed the crypto space by the end of 2020, with a little help from major news outbreaks, highlighting the booming growth in the Defi space and institutional investors slowly working their magic.

With most Defi tokens increasing in a quiet space, waiting for an alt-season, BTC dominance is what got the market truly excited. Bitcoin and Ethereum both skyrocketed in the early weeks of January with BTC breaking its all-time high, touching almost $42,000 before steadying around $39,000. But the most unexpected dip occurred just over a few days ago, creating a panic across the community over a piece of exaggerated news.

Panic befalling the crypto community spread suddenly over a short period of time, dropping 11% off the largest cryptocurrency in the market. A small BTC transaction of $21 on Thursday ended up triggering an extremely unfortunate series of events, fueled at the hands of overactive mainstream media. The event, however, is a classic example of one of the most influencing factors contributing to the price volatility in the crypto market.

What came out as a rumored possibility of double spend, took an irrational turn to fear and doubt in the Bitcoin network. Highlighted by several crypto media platforms, the rumor wiped the BTC price down to the lower end of $30,000. But what really happened, further proved the reliability of the network. When block 666833 was registered, an attempt that can be translated as double spending occurred, with two conflicting transactions.

But what the spooked community missed was that the network worked like it was supposed to. The block was soon discarded from the blockchain, replaced by a good block rushing through the network with over 100s of confirmation. Andreas Antonopoulos, a tech entrepreneur cleared the air, devoting his time to debunk the rumor through his Twitter. The bitcoin advocate went on to clarify the event as a normal occurrence of a block being reorganized while pointing out the irresponsible publication.

In case it needs to be said: no double spend happened.

A block was reorganized, that's also a common occurrence.

By the time the fog cleared over the conflicting transactions, the community was already in a state of extreme panic, spooked enough to empty their bitcoin stashes. NexTech, a software company, fell into the misleading hype of double-spend that crashed the market. Where some analysts are now suggesting that the double-spend never really happened, Nextech roughly sold $4 million worth of its stashed Bitcoins. For now, NexTech is pretty much out of the game.

Institutions Are Buying the BTC Dip, Why Can’t You!

While many BTC holders started emptying their tokens in the moment of fear, MicroStrategy decided to further pile on higher to a total of 70,784 bitcoins in its wallet. Taking full advantage of the dip, MicroStrategy invested $10 million into BTC, striking first as the publicly traded firm with most BTC holdings. The company has gained the community’s interest with its bitcoin purchases over the past years.

MicroStrategy has also seen a surge in its stock price since it started investing in bitcoin on a grand scale, pouring almost $650 million in BTC last year. Following just behind, Galaxy Digital owns 16,402 BTC worth over $500 million. MicroStrategy followed in the steps of the famously known strategy – Buy the Fear, Sell in Greed. The crypto market saw its major inflow of greed before fear fluxed in the community. The basic of this greed comes with the increasing price of the asset- be it your long traded stocks or the advancing cryptocurrencies.

Fear Will Fade Away

What many investors forget in the phase of contagious fear is that it’s temporary. And truthfully, the valuations that come in the time of surrender are not realistic. The undervalued shares could very much start increasing to a more realistic valuation. The second part of buying fear comes with finding the most profitable moment of selling in a time of greed. And the hysterical side of greed comes from its bottomless growth.

It’s an inevitable tale that the stocks that are bought in the panic-struck market attack the eagle eyes of the investors, hungrily watching the asset gain back its value or possibly going even beyond. What you need to know is that it is not just about making a short term profit. As investors, it’s time to look beyond the curtains of just tomorrow into a long-term vision of greater gains in Bitcoin and the fast-growing crypto space.