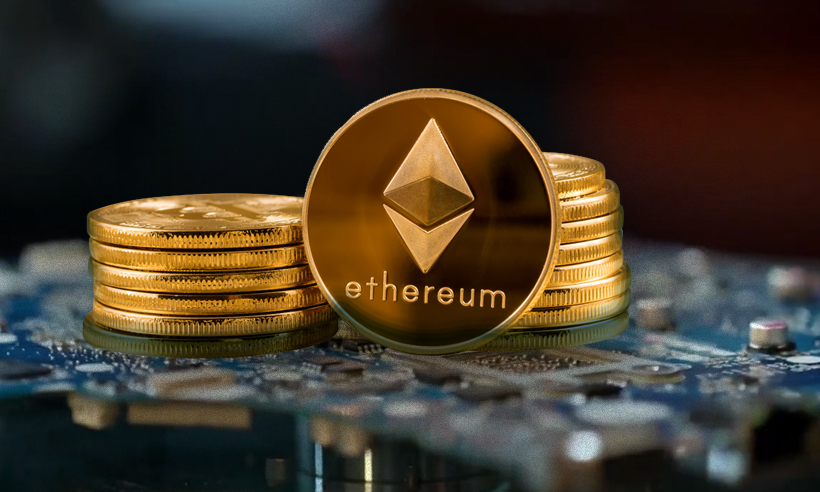 Bullish Trend Continues After the Launch of Ethereum Futures

2020 was the year for Bitcoin, with its price crossing several new milestones. Interestingly, the win Ethereum achieved is much more if we compare it to the success of Bitcoin. With business going decentralized and several Dapps being launched, the price of Ethereum witnessed a steep increase, which finally led to Ethereum reaching an ATH of $1,800 at the beginning of 2021.

Even though all the Ethereum lovers had a stressful time the previous week after the news of the launch of CME Ethereum futures came out. They were worried that this could send asset prices tumbling as it did previously with Bitcoin. However, this is not the case as Ethereum was determined, and it continued to show the bullish nature.

Investments from institutional and retail investors are making their way into the second-largest cryptocurrency. Grayscale has revealed that it has added $38 million worth of ETH. While Ethereum is having a good time, the traders were assuming that the launch of Ethereum futures would be a repeat of the colossal market crash that occurred after similar futures products were first launched by the mighty exchange for Bitcoin in December 2017.

The launch of Ethereum futures will effectively allow institutional traders to short the asset. And given that Ethereum is floating around its all-time high, this is quite predictable what the majority is going to do. The Chicago Mercantile Exchange launched its Ether Futures on February 8. CME offered contract units of 50 ETH, which are financially settled (paid out in USD, not ETH).

Many analysts took it to Twitter and said that there is no need to fear the launch of Ethereum futures as it is not going to set the bearish momentum for Ethereum. And Ethereum did not fail to prove this. The crypto industry has evolved a lot, and the market conditions are different from what it was in 2017. Messari researcher Ryan Watkins tweeted,

“Fear of the upcoming ETH CME futures launch is ridiculous. Not only does that fear stem from just one data point, but there’s also clear differences between market conditions in December 2017 and market conditions now. Also don’t think institutions are itching to short ETH…”

Fear of the upcoming ETH CME futures launch is ridiculous.

DeFi Alliance member and industry observer Qiao Wang is among many supporting the bullish trend of Ethereum with the launch. She tweeted,

“ETH is going to $5k-20k by the end of this. There’s absolutely no reason to sell your long-term holdings here. […] And LOL @ those who think CME futures will bring ETH into a 3-year bear market. This will be the worst trade of your life.” 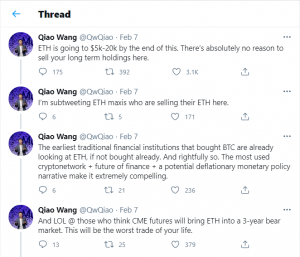 Therefore, with the support of so many, Ethereum was looking to have a bright year ahead. And it proved to be just fine for the second-largest cryptocurrency.

Even though there are still some who believe that there might be another correction for Ethereum, the digital token is going to have a bright future. If anything, the crypto community was only looking forward to this launch and it was worth the wait.

Why Is Ethereum Having the Recent Surge?

The recent upward momentum in the price of Ethereum happened due to various reasons. And on the top of the list comes the increasing investments by institutional investors. In fact,  many institutional investors are preferring to invest in Ethereum more as they are seeing it as a store of value. Ethereum saw a growing number of institutional clients in 2020. As far the crypto industry leaders are concerned, Coinbase and Gemini continue to take a bullish view of ether.

The second on the list is the launch of Ethereum 2.0. This also got traders excited and the cryptocurrency became more popular. Last but not least, most of the dApps in 2020 were launched on the Ethereum blockchain platform. Over the past few months, it has been noticed that transactions on the Ethereum blockchain have seen a continuous rise, and it was above 1 million daily-mark on average. Analysts have said that this huge surge is due to the growth in the DeFi sector.

Moreover, Ethereum in particular is the most production-ready blockchain platform that can support CBDC requirements in terms of scalability and privacy.