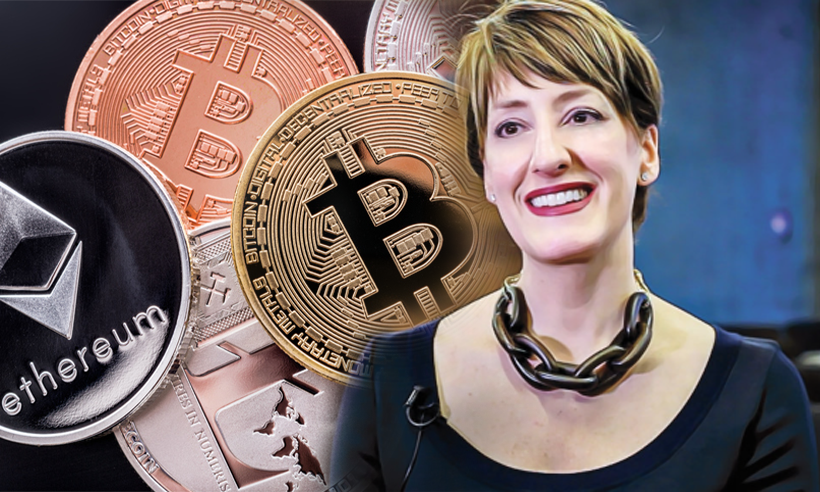 Caitlin Long says”Markets can now confidently forecast Bitcoin, and cryptocurrencies prices would most likely have a high correlation with credit markets,” . People selling cryptocurrencies is a way for investors to hedge against the possibility of a sudden drop in cryptocurrency prices.

Reasons Why People Are Selling Cryptocurrencies

CEO and the founder of Avanti Financial, Caitlin Long is claiming Tether’s recent announcement about the stablecoin’s reserves, according to the study, may have led to the recent altcoin selloffs.

Tether Holdings Limited’s breakdown of Tether’s (USDT) reserves, according to Caitlin Long, was not invested in “short-term, lower-risk, liquid securities,” but rather credit assets of “who-knows-what nature.” Given that the stablecoin — which is ranked sixth with a market cap of $58 billion — has the ability to push other tokens down during a credit market correction.

The Avanti CEO suggested traders might have felt compelled to sell other cryptocurrencies to minimize their overall risk exposure.

“Markets can now confidently forecast that Bitcoin and crypto prices would possibly show a strong correlation with credit markets if Tether remains a de facto credit hedge fund by investing reserves this way,” Long said. “They’ll most likely correct each other.”

Long added that officials could still want to crack down on stablecoins as a result of Tether’s complete reserve breakdown, but that regulatory clarification will be beneficial to the crypto industry:

Having stablecoins approved by US regulators, especially the Fed and the SEC, would be one of the best things for the industry right now. Stablecoins are crucial links between cryptocurrency and the US dollar.”

Cash and equivalents account for 75.85% of USDT backing, according to the Tether Holdings Limited study, with commercial paper accounting for 65.39 % of this section. If Tether had spent more in Treasury Bills — just 2.94 % of its aggregate cash, cash equivalents, other short-term investments, and commercial paper — any future market fallout “would have been totally avoidable,” according to Long.

The CEO’s remarks come after the price of Bitcoin (BTC) fell below $46,000 on some exchanges — the crypto asset is currently trading at $45,818 at the time of writing, down more than 20% in the last seven days. However, it’s unclear what effect Tether’s announcement has on the crypto sector. Binance was also in the news that the US Justice Department was investigating the business.