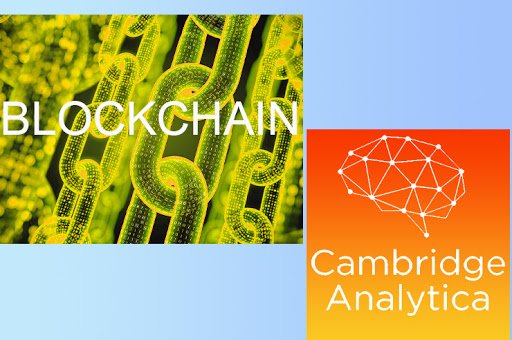 Brittany Kaiser, Cambridge Analytica whistleblower, believed blockchain could be a crucial tool to address the data protection crisis. In an interview, Kaiser discussed issues of global data privacy. At present, she is serving as co-founder at Own Your Data Foundation, a digital intelligence startup. During the Cambridge Analytica scandal, Kaiser got the spotlight. According to the revelation, Cambridge Analytica gathered raw data for Trump campaign from over 87 million Facebook profiles.

What Kaiser Stated In The World Economic Forum

Earlier in World Economic Forum in Davos, Kaiser confidently stated that the emerging blockchain technology would help people protect their own data as it is the most important asset in the world.

Kaiser added she was excited to see some blockchain-based social media solutions while challenging social media giants such as Facebook and its owned WhatsApp. According to Brittany Kaiser’s opinion, blockchain entrepreneurs and blockchain technology could easily solve several issues related to data protection.

Additionally, Kaiser considered Switzerland and Germany as the two nations that have offered the best data protection in the present time. She declared the United States has nearly zero data regulation or legislation. However, the U.S.A has been working actively on some data privacy initiatives. She noted the Consumer Privacy Act, which California passed on its state-level basis, as a data privacy initiative by the USA.

The Facebook–Cambridge Analytica data scandal was a significant political scandal that occurred in early 2018 when it came into reports that Cambridge Analytica has collected the data of several people’s Facebook profiles without their permission and used it for advertising political campaigns. The scandal has been characterised as a turning point in the public’s perception of personal data and accelerated a massive fall in the stock price of Facebook and proposed for stricter regulation on technology companies’ use of personal data.