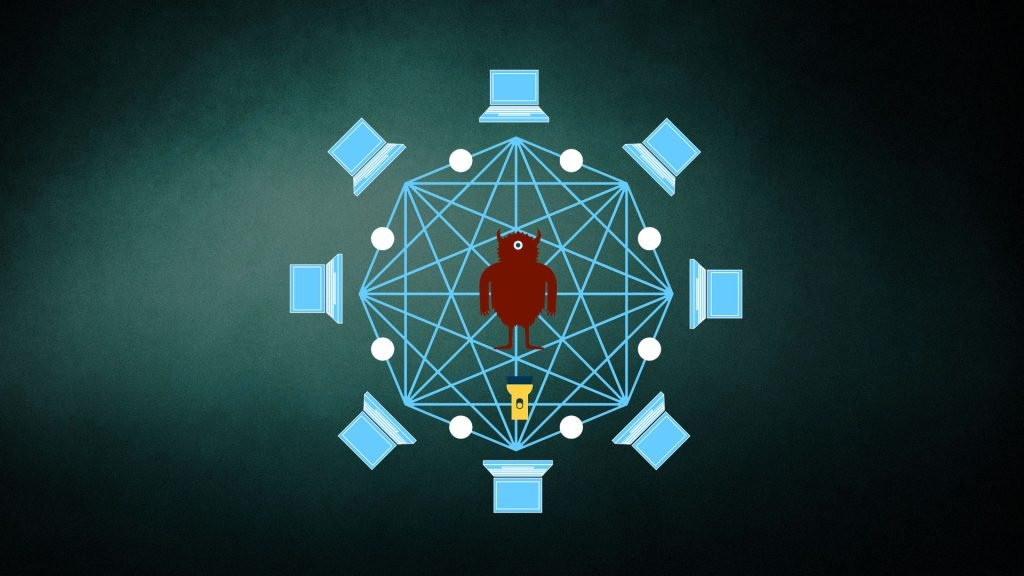 Blockchain is an important concept in cryptocurrency, especially Bitcoin. Despite being a successful and most prominent cryptocurrency in the world, Bitcoin still has been portrayed negatively for carrying out online illegal activities that are unlawful. According to some critics, the very prominent difference between fiat and cryptocurrency is the anonymous way of making payment. The only advantage it has is hiding the identity of the person involved in transacting. Also, it keeps you away from legal proceedings. More than that cybercrimes are also a serious concern for cryptocurrency. But it is said that blockchain has that potential feature to tackle cyber-attacks. But is it possible? Let us know about it.

If you are abreast of crypto news feed, then you must be knowing that the absence of regulation, globally, seems to have drawn attention. There are jurisdictions where there is no regulation in cryptocurrency at all. And if it is present, then it depends upon jurisdictions. Cyber threats have been on the rise by experienced criminals, involved in stealing important data of finance since the previous year. Coordinated crime agencies and crook nations are aiming to breach financial data security for gaining monetary benefits for their selfish motives.

In that case, blockchain emerges as a promising solution to ward off crimes related to financial data. This brings the answer to the question of whether blockchain tackle cyber-attacks or not?

So yes, it has the potential to stop it. Blockchain is not merely limited as an underlying factor behind cryptocurrencies, it is more to it. If you deeply delve into blockchain technology, then you will notice how it has fared better than existing operations of data storage. So let us have a closer look at some features about how blockchain tackle cyber-attacks.

To tackle cyber-attacks, data is not being siloed. This becomes a tougher challenge to CISOs and CIOs to track down stored data. The absence of supervision paved cybercriminals to access the system and carry out a wrongful activity like a fraud with no fear of being detected.

When it comes to the matter of anonymity, then blockchain ledger fares better than other storage methods of data. It is possible because agents that are connected to this digital ledger, keep track of similar data instead of copying it.

No Changes In Data

To tackle cyber-attacks, blockchain technology seems the best as a distributed ledger technology. Data stored here can be accessed in real-time, which indicate about systems being in proper surveillance to combat cybercrime in a motivating way. Since there is a possible solo view of blockchain, the editing in the stored data can be visualized and checked by system nodes. This means there can be no changes in the data.

With the encryption technique, the storage of data is done across multiple servers instead of one. This enhances the security of the shared information, without the risk of a compromised network.

So hope you got your answer to the question can blockchain tackle cyber-attacks. The above characteristics of this distributed ledger technology have outshined existing data systems in combating cybercrime. If it is handled properly, then new financial concepts like cryptocurrencies too can become the best mode of payment and would not fall into the trap of cybercrime. Stay abreast with blockchain education news to know more new developments in the blockchain technology. Combatting cybercrime is alone not possible for any technology. It all requires technical expertise and human efforts to find the solution for dealing with it. Also, there is a need for better systems that can help store data securely. Hopefully, blockchain has those advantages.