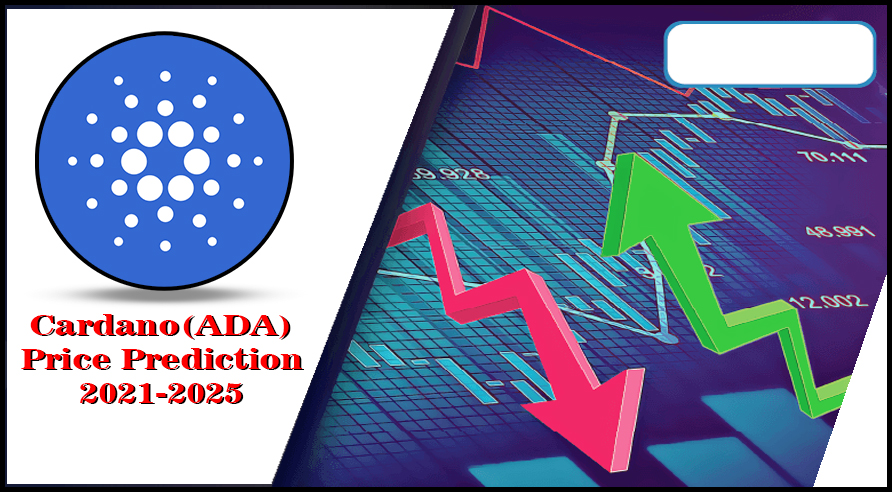 Crypto industry specialists have been working nonstop for years since the creation of Bitcoin to create various digital assets, particularly a cryptocurrency that would be a one-stop solution for all issues relating to tradability, scalability, and power.

When Cardano (ADA) was created, it put an end to all of the obstacles and bizarre ideas that had been swirling around cryptocurrencies. Cardano’s digital coin is named after Ada Lovelace, who was the first computer programmer in the 19th century.

Cardano’s ADA coin remained virtually unnoticed by traders until the end of November, even after its launch in September 2017. The value of the ADA has increased by 1,520 percent since then. Cardano is one of the most valued cryptocurrencies, with a market capitalization of $18.8 billion.

Let’s have a look at a brief primer on Cardano before we get into Cardano price prediction.

What Is Cardano (ADA)?

Cardano is a proof-of-stake (third-generation) Blockchain platform that is decentralized. While it shares traits and applications with other blockchain systems such as Ethereum, Cardano stands apart by committing to peer-reviewed scientific research as the foundation for platform improvements.

When Charles Hoskinson, the co-founder of Ethereum, made changes to his prized digital offspring, he had no idea he was in for a windfall, making ADA the only coin capable of solving interoperability, scalability, and governance issues.

Cardano’s development is overseen by three organizations: EMURGO, IOHK, and Cardano Foundation. The first one is a for-profit corporation, and the other two are non-profit foundations.

Cardano’s non-profit foundations have also teamed up with a number of academic institutions to conduct the study and analyze all areas of its blockchain. Researchers at Lancaster University, for example, are working on a “reference treasury model” to discover a long-term solution for funding Cardano’s Blockchain development.

Features of Cardano: How ADA Is unique?

Don’t you think Cardano has a unique functionality that drives the price of Cardano (ADA)? Let’s take a look at it now:—

How Is Cardano Different Than Bitcoin and Ethereum?

ADA is a bit of an oddity in the volatile world of Cryptocurrencies, despite its rapid growth in the last few years.

Being the first third-generation Cryptocurrency, ADA aims to address the scaling and infrastructure issues that plagued Bitcoin and Ethereum. The scaling problem refers to high fees and slow networks when transactions increase. Cardano’s Ouroboros algorithm solves this issue. Cardano’s network has also been scaled via RINA (Recursive Internetworked Architecture).

To save energy and enable speedier transaction processing, Ouroboros uses a Proof of Stake (PoS) technique. Cardano’s Blockchain reduces the number of nodes in a network by choosing leaders who are responsible for checking and approving transactions from a collection of nodes, rather than having a copy of individual Blockchains on each node.

The portability of a Cryptocurrency inside its native environment and its interface with the existing global finance ecosystem is referred to as interoperability.

Cardano aims to facilitate cross-chain transfers via side chains, allowing two parties to perform transactions off-chain. It is also looking into how organizations and people might selectively provide transaction and identity information to facilitate the use of cryptocurrencies for trading and everyday transactions.

Finally, sustainability refers to governance mechanisms that give miners incentives and developing a Cryptocurrency’s self-sustaining economic model. To avoid awkward hard forks, ADA intends to create a “constitution” of protocols, according to its developers.

Price Analysis of the ADA

Analysts predicted that Cardano (ADA) cryptocurrency would surpass the $1 level in early 2018 and continue to rise. Cardano’s (ADA) price prediction came true swiftly, but Cryptocurrency did not continue to rise, instead fell. However, this effect due to the bearish nature of the Crypto market during 2018.

Despite the price decline, the Cardano team continued to work on the project and made progress. They implemented the critical Shelley upgrade. The Crypto coin’s price rose to as high as $0.155 on July 27th, 2020, after touching all-time lows. This is a seven-fold gain in price from the March 2020 dip. Also, in October 2020, a voting system for requesting changes and financing was made available.

Because Cardano Cryptocurrency appears to be very promising, the number of investors eager to invest in ADA is slowly increasing.

Let’s take a look forward and examine the likely scenarios for Cardano’s long-term price projection from 2021 to 2025.

Because the mining event precedes the year 2021, a strong trend propelling the coin over the months of January to April 2021 was expected. Cardano’s price was approximately $0.35021 in January 2021 before skyrocketing to $0.91 in February 2021.

Furthermore, the coin continued to rise in value, reaching an all-time high of 1.56 USD. As a result, the Cardano price has been above $1 for the past few weeks. The ADA price rose above $1.2 in the preceding week, and its supply reached 31,948,309,441 ADA.

In 3 years, ADA is expected to grow by 2,560%, reaching $0.92 in 2023 due to the optimistic view that ADA’s Blockchain will solve the problems posed by Ethereum and Bitcoin.

The Crypto market may experience a golden era for ADA coin. It is expected that the currency may be hosted on the exchange and accepted by regulatory bodies, lead to an all-time high of $5 between 2024 and 2025.

Due to its unique features and the promise of solving problems posed by Ethereum and Bitcoin, market sentiment is in favor of ADA. Let’s explore different viewpoints now:

The Cardano (ADA) price is expected to rise over the next four years, according to Trading Beasts’ ADA coin price projection. The average Cardano price is anticipated to reach $2.18 by the end of 2024.

According to Wallet Investor’s ADA price prediction, the minimum price forecast for 2025 is $4.6 (i.e., a long-term increase is anticipated). If you invest today, you can earn around +291.85 percent of revenue after ‘hodling’ investment for five years.

So, do you want to be ADA Hodler?

According to Long forecast’s ADA coin price prediction, the maximum price of Cardano will be $1.41 by the end of 2025, while the minimum price will be about $1.14. The monthly average is expected to be $1.25.

Cardano’s price is anticipated to soar all the way to $3.97, according to Digital Coin Price’s ADA price prediction.

Cardano is expected to reach a maximum price of $3.89 by the end of 2025, as per Cardano’s forecast made by GOV Capital.

According to InvestingCube, the price of ADA could be on the verge of a significant breakout between $1.002 and $1.68 (i.e., key support and resistance levels).

The successful rollout of the Shelly update has increased ADA’s functionality and hence added value to the Blockchain network. Cardano has grown in popularity as one of the first genuinely decentralized networks in the Blockchain sector, according to experts.

Cardano’s price is now in a state of consolidation. However, we can expect bullish price movement to continue and cross $2 by the end of 2021. Nonetheless, the price of ADA may experience a pullback due to its prior support level of $0.95.

Cardano prices have the potential to reach $10 in the long run, but it will take time. Based on technological improvements in the Cardano ecosystem, it has the potential for a big bullish run in the following years.

Investors are always aware of Cardano’s volatility and wonder whether the ADA coin is truly worth investing in!

Cardano (just like Ethereum), has every reason to expect that it will rewrite the industry’s rules of the digital assets. Now is a good time to invest in this project because it has the potential to pay off handsomely in the long run. However, negative market sentiment is the only factor that could halt the positive trend.

It might be a good investment, dependent on price analysis and how smartly you buy and hodl in Cardano.

Have you kept a close eye on price predictions in the news and the evolution of the Crypto market?

If yes, you are on the right track. If not, consider doing your homework before diving deeper into DeFi projects.

Despite its advantages, the ADA platform’s dependability does not guarantee that your dreams of becoming a billionaire overnight will come true.

Cardano is a smart contract and Blockchain platform that possesses the ‘ADA’ cryptocurrency. Cardano has released products for tracing the product and managing the identity of the users. Moreover, Cardano creates blocks and validates transactions on its Blockchain using Ouroboros (a proof-of-stake algorithm).

The Mary hard fork enables multi-asset and native token functionality on Cardano. This will allow any user to create a fungible and/or non-fungible token, supporting the generation of new cryptocurrencies on Cardano as well as the tokenization of many types of digital and physical assets.

Holders of Cardano can stake ADA to get incentives in addition to potential market price increases. It means that you can receive more incentives if you bet more ADA. The more, the merrier!

The incentives and DeFi advantage combined with sufficient supply could be the critical cause for Cardano’s rise in the markets. Cardano’s explosive ascent has continued over the last three months. So, what’s driving this expansion? After Ethereum, Cardano is regarded as the best Blockchain platform aiming to solve issues posed by Ethereum and Bitcoin Blockchains.

Cardano has a strong track record and a long-term strategy for its Blockchain platform as evident from Cardano price prediction. However, it is still early in the game. While Cardano’s Blockchain’s initial use case is as a Cryptocurrency, it plans to extend beyond coins will enable services not currently available in the Cryptocurrency ecosystem. Hence, Cardano’s with frequent network updates (beyond digital coin) may help it develop significantly. 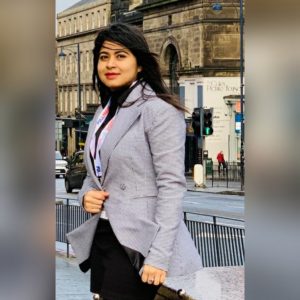 Guneet Kaur is a certified credit and securities analyst. She is Msc Fintech graduate (with distinction) from the University of Stirling, Scotland, United Kingdom. Prior to Msc, she has also done MBA from GNDU (gold medal) and has worked as a global client and partner business manager with Singapore based MNC. She has written various conference papers and has authored a book titled 'The Magic Of Compounding'. She was the Finalist of Women in STEM-Lovelace Colloquium that was held in 2019 at the University of Salford, UK and Royal Bank of Scotland's Hackathon in 2019. Her expertise includes financial modelling, Cryptocurrencies, DeFi, Blockchain, quantitative analysis, academic research, business valuation, business analysis, data visualization, financial fraud and AML analysis.