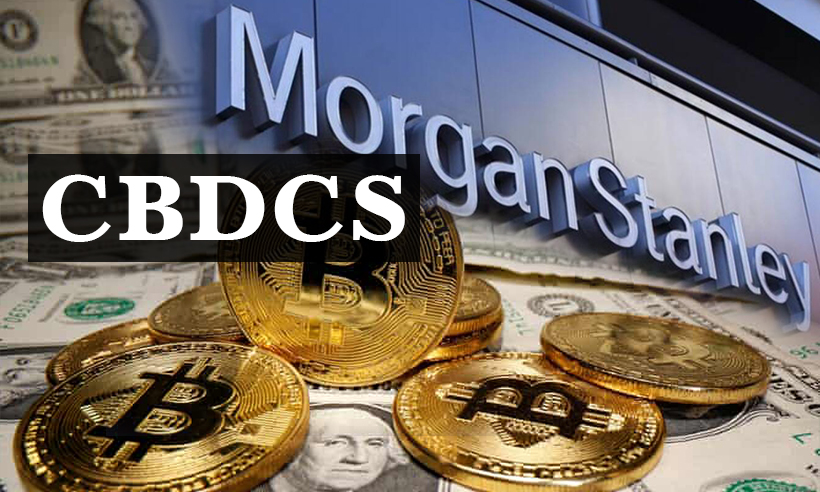 CBDCs Are Not a Threat to Cryptocurrencies: Morgan Stanley

Cryptocurrencies will continue to exist even if central banks issue their own digital currencies, according to a recent report by Morgan Stanley. The bank believes that the use and appeal of Central Bank Digital Currencies and crypto are different. Hence, CBDCs won’t come out as a threat to the existing crypto.

CBDCs Not a Threat to Cryptocurrencies – Morgan Stanley Report

Central banks around the world continue their efforts in the race to issue their own digital currencies. Research and development efforts are underway at 86% of the world’s central banks, according to the Bank of International Settlements.

“Cryptocurrencies will still exist, as they continue to serve other use cases. For instance, some cryptocurrencies can function as a store of value as some segments of the public do not place their full faith in fiat currencies.”

Morgan Stanley’s report said that the reason for investing in cryptocurrencies appears to have evolved. Buyers are now viewing bitcoin as new institutional asset classes, rather than replacement payment systems.

“Investors’ interest in cryptocurrencies has risen alongside the unprecedented monetary and fiscal policy response to the pandemic.” reads the report.

Per the analysts, CBDCs would probably be quite different from cryptocurrencies, as they would not use a decentralized security system.

With decentralization already permeated into the mindset of many investors, the bank believes CBDCs cannot compete against cryptocurrencies precisely because of their decentralized nature.

While several governments have experimented with CBDCs, currently, China’s central bank, The People’s Bank of China (PBoC) is leading the race.

Last year, China took the first step in implementing its digital yuan in the shape of its DCEP project (Digital Currency Electronic Payment). DCEP relies on a two-tier infrastructure, whereby commercial banks as well as non-banks act as intermediaries between end-users and the central bank.