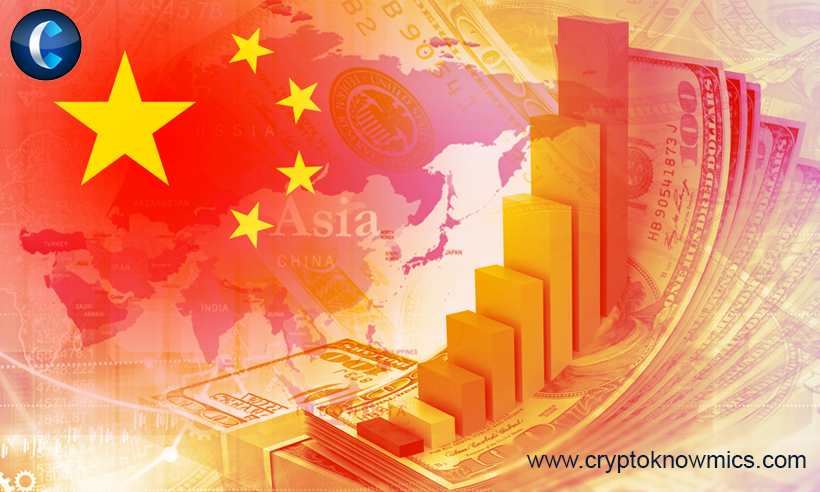 The year 2020 has been dominated by the Covid-19 outbreak. From its epicenter in Wuhan, China, the virus has spread across the world, leaving virtually no country untouched. The human cost has been enormous, with more than 1.1 million deaths and well over 40 million cases as of late October.

The financial impact has also been colossal, with economies across the globe hit hard due to trade restrictions, lockdown rules and months of heavily reduced consumer activity. There’s no denying that it will take years for the world to fully recover and it’s inevitable that for some, the damage is already irreparable.

However, there are encouraging signs beginning to emerge from one of the planet’s major economies. Recent figures show that China’s gross domestic product (GDP) is growing after a major decline at the start of the year. But what is the reason behind this growth and what does it mean for the future?

What do the numbers say?

As the virus’ epicentre, China was the first to feel the full force of a financial downturn. In the opening quarter of 2020, its economy shrank by 6.8% as almost the entire nation went into lockdown. That represented China’s first economic contraction since the mid-1970s.

However, as early as Q2, the signs of recovery were there as its economy grew by 3.2%. And that improvement continued into the July-September quarter, as GDP expanded by 4.9%.

What’s behind this growth?

As lockdown restrictions begin to ease and the authorities gain a greater measure of control over the virus, businesses across different sectors are starting to see the benefits. Factory activity has been able to pick up once again, with industrial output growing by 6.9%, while consumers are showing signs of returning to their pre-Covid habits. For example, domestic passenger flights are proving popular once more while automotive sales have risen steadily each month since March.

What does this mean for the future?

These indications of recovery could encourage forex traders and other investors to look to the Chinese market for opportunities, which in turn would only boost the economy further. And because China’s financial position so heavily influences that of its neighbours, its continued revival can surely only mean positive news for the rest of Asia.

“While numerous challenges remain, the uptick would rekindle hopes that China’s economy can help to pull others along,” said Wellian Wiranto of OCBC Bank. “The fact that China commands a lion’s share of ASEAN [Association of Southeast Asian Nations] exports … takes on extra importance now.”

And the hope is that Asia’s economy will be helped further by China’s projected GDP growth through the final months of 2020.

“The near-term outlook is for continued improvement in China’s economic growth momentum in the last quarter of 2020, helped by improving domestic retail spending and strong export shipments to the US and Europe for the Christmas season sales,” Rajiv Biswas, chief Asia Pacific economist at IHS Markit, told Al Jazeera.