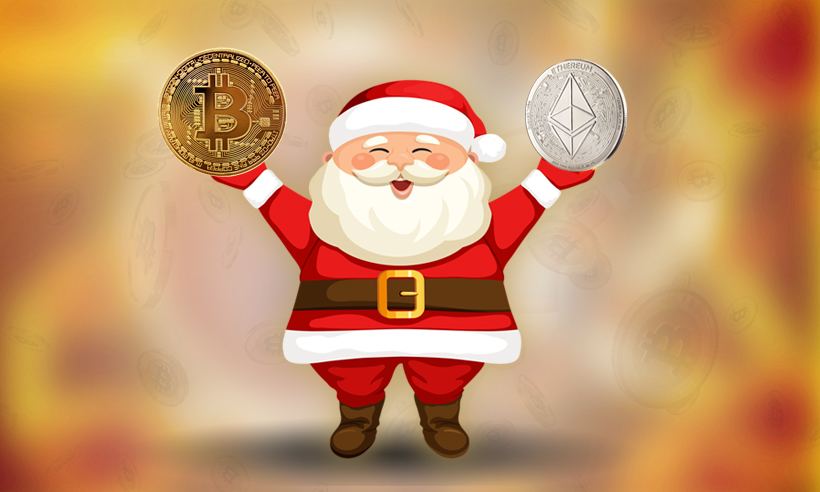 The time isn’t far when someone would Google volatile and Bitcoin charts would be the first thing reflected in the search results. The journey of this digital gold has been far from being stable. But the enthusiasm seems to be unending despite many incidents involving illegal activities and news featuring Bitcoin’s participation on the darknet.

Not too long ago in 2017, within 18 months of the second BTC halving, Bitcoin rallied to its highest value of almost $20,000. The period around the second halving has been the most highlighted bullish period in Bitcoin’s terms of gain. However, the recent spike in bitcoin’s value has led many to expect that the world will witness BTC token value over $300,000 by the end of 2021.

There are many analytical conclusions behind the sudden spike in the token value but one can never be too sure when it comes to a monetary asset that is solely governed by the technology and can be prone to market manipulations.

Bitcoin in the Next Big Bull

Bitcoin is close to $17,000 at the time of writing. Not only the fact that this is the first time since 2017 that Bitcoin has gone this high but the growth in the value is at an extremely fast pace. A quick analysis of Bitcoin’s previous data shows that the token value is increasing at an unprecedented rate from October 2020, going from $11,000 to over $16,000 in a matter of a month.

This, however, is not the first time Bitcoin has seen such a price spike. Since 2009, there have already been quite a few bullish phases with an increasing timeline. The 2017 spike may be the highlight of the crypto journey, but if you look closely Bitcoin has slowly been stepping up its game. This time, however, the predictions are shooting through the roof. The market sentiments resemble Christmas at the moment with Bitcoin expected to hit over $300k. Market sentiments and professional analysis are based on many components like how the price fluctuations are due to many market activities.

Even though it is impossible to put a pin on a single reason behind the current bullish behavior, there are some points worth exploring.

Is it Halving Again?

By the time we got to the second BTC halving in 2016, there was one thing pretty clear, Bitcoin gained momentum in price hikes during the halvings. Patterns were easily visible and followed through the third halving in May 2020.

The cut back in mining rewards results in a smaller number of BTC released from the network causing increased demand in the market. Throughout 2015, BTC was dangling along the lines of $200-$300 but as it came close to the Halving date, BTC had already gone over $600. Similarly in 2020, at the time of halving, BTC quickly went over $9,000. Couldn’t be a coincidence, right?

However, it’s been only 6 months since the halving, and the current spike doesn’t match the previous pattern. It was after 18 months from the second halving back in December 2017 when the surge was this high. At that time, BTC’s price increased by over $12,000 in a month, settling close to $20,000. It was strongly mentioned after the surge of 2017 that the price hike was due to heavy market manipulations.

It is an undeniable fact that blockchain and cryptocurrency have brought potential and opportunities in the form of enhancing every possible user experience and security. From Filecoin and Sia for storage solutions, Ethereum as an extraordinary platform to build dApps, and launching smart contracts. Moreover, cryptocurrency payments are an increasingly popular alternative for casino games such as Live Roulette, Live Blackjack with real money. This time the picture is different, and by different, we mean positive. All of these are positive applications of technology and an interesting take on incentivizing with cryptocurrency.

For a cryptocurrency that isn’t centralized, Bitcoin has grown very close to global adoption in the matter of 10yrs. With its underlying blockchain technology, cryptocurrencies have found more applications than one could have imagined leading us into a decentralized future. In Q4 of 2020, the crypto world danced in the shower of new advancements in their community.

The last quarter of 2020 started quite smoothly with Filecoin’s launch, creating a frenzy with its newly cooked up proof of replication and proof of space-time. Before we were through with this extraordinary launch, U.S. elections fell on us where the crypto community was busy playing with their very own Trump token. The cherry, more like cherries on the cake were (drum roll please!)-

Importantly, Paypal’s news over starting to list cryptocurrency on its platform has been the royal kick the crypto community was waiting for. Paypal is no joke afterall. Moreover, its plan to include cryptocurrencies on Venmo would make cryptocurrency usable in day to day activities. Last week’s news covered PayPal offering crypto services to all US account holders and increasing the purchase limit from $10,000 to $20,000. Bitcoin’s price has been meteorically increasing ever since the news hit.

Similarly, ETH has been gaining extreme price hikes since the deposit contract launch. This launch is the first phase towards Ethereum 2.0. The deposit contract involves staking 32ETH to the network in order to become a validator in the new proof of stake consensus system of Ethereum’s network. All the staked Ethereum would be locked and inaccessible to stakers until phase 1.5, the timeline of which hasn’t been set yet. Regardless of the beginning of Ethereum’s upgrade has set ether in an exceptional bull, going over $460, the highest in the past 2yrs.

However, nothing is perfect or purely predictable. The coming year can hold mass adoption of cryptocurrency due to the PayPal crypto services and an exceptional upgrade in the scalability of Ethereum’s network.