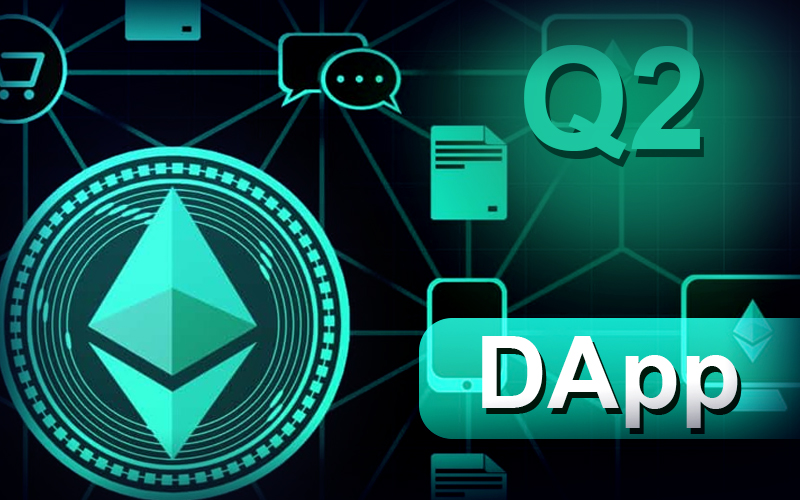 As soon as the daily transaction volume on the Ethereum network reached an all-time high, it has been recorded that in the Q2 of 2020, the Decentralised Finance (DeFi) applications are accelerating on the platform.

Dapp.com published ‘The 2020 Q2 Dapp Market Report’ stating that in the Q2 of 2020, the number of active DApp users on Ethereum blockchain has been increased by 97 percent so that it could reach an all-time high of 1,258,527.

The report further mentioned that in June 2020, the transaction volume of ETH DeFi DApps amount to $5.7 billion.

COMP Surging Up Since Its Launch

According to the reports, Compound (COMP), which was introduced on June 16, has now emerged as the largest DeFi token by the market cap. Just a few hours after its launch, the DeFi token was surging over 60 percent.

The Dapp.com has reported that on June 15, there were a total of 7,682 daily DeFi DApp users on the ETH platform which increased 48 percent soon after the launch of COMP, the very next day.

On June 21, the COMP token reached an all-time high and was being traded over $372, this affected the daily transaction volume of DeFi which zenith at over $608 million.

DApp.com further in its report has mentioned that no doubt after its introduction COMP has shown a great growth but at that time, the actual improvement was shown by the Basic Attention Token (BAT) of Brave, which became the most used DeFi token with the transaction volume of $931 million.

Recently, a report published by DappReview indicated that EOS and TRON are the two tokens that have experienced a downtrend in Q2. DappReview mentioned that while comparing the performance of both tokens, it has been found that EOS drop 12 percent from Q1 to Q2 and Tron came down 74 percent in the same time period.

The DApp.com has additionally mentioned in its report that the transaction volume of ETH DApps is 10 times EOS and TRON, but it is to be noted that active users on the protocol have grown by 30 percent and 50 percent respectively.