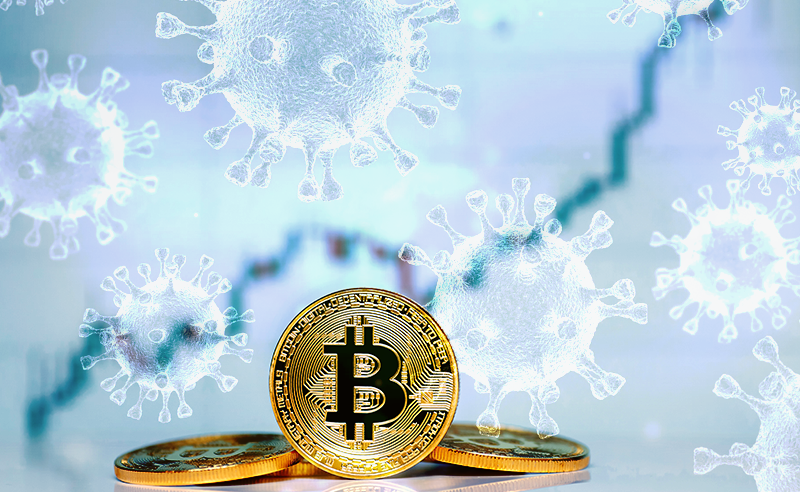 Will CoronaVirus And The Crypto World Shape A New World Order?

Since the end of last year, the Corona outbreak or COVID-19 has been hitting thousands of people worldwide. The substantial majority of troubled people have been described to be from Corona’s own land, China. This year, the number of cases has reached up to two lakhs. Several industries have been disrupted with the epidemic. People have lost their jobs, and there is a possibility of a new recession. The world of cryptocurrencies has also been affected by the outbreak. In this article, we will see whether Coronavirus and the crypto world form a unique world order.

Banking Sector And Financial Industry Are In Doldrums

The virus has taken down all the central banks and financial institutions of major countries such as the USA, China and many more. Stock markets have been observing massive shifts since the beginning of 2020. For example, some significant stock markets, Dow Jones and FTSE have observed a record-breaking decline. Due to this, investors now concern that the epidemic would indeed slay financial growth and consume their purchases.

Moreover, central banks have cut their interest rates in response to the outbreak. As no traditional investment seems to be prolific in the current situation, cryptocurrencies could certainly get a boost in adoption. Now, we will look at the survival potential of cryptocurrencies.

Will Cryptocurrencies Survive the Corona Outbreak

In my opinion, cryptocurrencies have the tendency to survive COVID 19. Some of the digital assets, especially Bitcoin, have shown some signs of recovery. For Bitcoin, the halving procedure would help recover the price. Moreover, governments have begun to lock down their lands. No person is allowed to go out without any reason. Speaking about fiats, the exchange of these paper-based currencies has the potential to spread the virus. People have now started relying on the internet to transfer the money. This could be a piece of good news for blockchain and cryptocurrencies. Decentralized systems like these two have a chance for more adoption. When countries would start adopting blockchain and digital assets, prices would rise significantly as a result. This would reap more profits to the investors.

Coronavirus And The Crypto World

In the fight between cryptocurrencies and COVID-19, digital assets seem to have the upper hand so far. However, one field where cryptocurrencies have been beaten is their mining process. China, which has about 50 per cent of the mining power, has started selling its mining equipment to the other countries. The country was able to do so much mining because of the cheap electricity. Since the prices of Bitcoin and other cryptocurrencies have fallen very sharply, people are now leaving the blockchain network. Besides this, regulatory authorities are also discouraging the mining process now because the mining rigs could act as a host for the virus.

Coronavirus has led to increased adoption of Stablecoins. Stablecoins are the digital assets that are backed by some traditional currencies, like the USD, Japanese Yen etc. They are considered to be more reliable than the other cryptos. People are confident in these coins because they remain less volatile than the other digital assets. People all around the world have now started trading with stablecoins, which is good for cryptocurrencies.

The Rise of A New Cryptocurrency

The epidemic has led to the rise of a new cryptocurrency called Corona coin. This evil cryptocurrency allows traders to make bets on the number of deaths from the virus infection. The creators of this crypto have designed the digital asset in such a way that its price would decline every two days according to the number of new deaths. The inadequacy of the number of tokens accessible would raise the price of this cryptocurrency. It has come to an estimation that more than 85,000 tokens have been burned so far. Corona coin’s developers have claimed that its total supply is as per the population across the globe, i.e. more than 7 billion. People have now started betting on the number of deaths which would raise funds for it. But, the developers are now aiming to grant a quarter of the fund collected to the Red Cross through its 2019-nCov relief effort.

The Cryptocurrency Act Of 2020

The new Cryptocurrency Act Of 2020 of the USA was about to enter, but Corona has delayed it. This new bill would have established the divisions of cryptocurrencies and clarified the federal reserve according to each division. As per the legislation, the law would have bestowed evidence and validity to the digital assets within the country.

In this article, we have gone through some insights on Coronavirus and the crypto world. Although crypto prices have gone down, people are required to utilize these digital assets in the current scenario and governments should not halt its adoption because they are the best alternatives when the infection is spreading everywhere. Now, it is time to give more nod to cryptocurrencies. In my view, these digital assets would bring another revolution in the future and replace many paper-based fiat currencies across the globe.