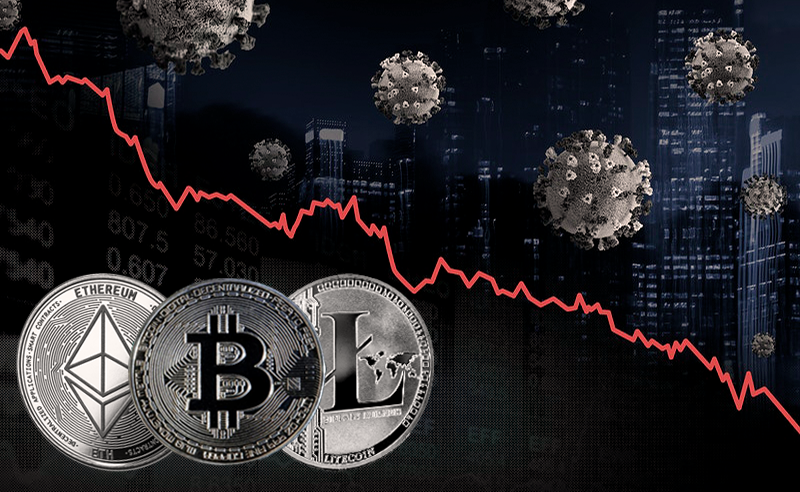 Crypto Could Prove To be A Saviour in Post Corona World

The latter part of 2017 started reflecting some unpleasant moments for the world’s economy. The fear of recession became palpable as several international agreements and a lack of agreements began to strengthen this fact. The trade war between the US and China, the no-deal Brexit outcome, and the Italian fiscal policy concerns them. These and many more news and events began to affect the world’s economy, even before the start of 2020.

As much as several international structures were being put in place to help brace the economy even during the crisis, the year 2020 decided to make matters worse with coronavirus ravaging the world. The pandemic has been able to successfully shut down several market structures and propositions since it became a global concern around the first quarter of the year.

In recent months, the events have caused a significant fluctuation in fiat currencies, where countries like Iran and Libya saw the value of their fiat fall by almost 50% due to hyperinflation. Not only that, but a larger percentage of each country’s budget is also now being pumped in the health sector, and this is causing several market value fluctuation.

With the traditional financial market on the verge of another collapse which could lead to a financial recession quite similar to 2008, cryptocurrencies are emerging as a new asset class worth relying upon in these conditions when almost every other traditional asset class be it gold, stocks, government bonds or even oil has seen historical lows.

Why Bitcoin and Other Crypto Assets Could Prove To Be a Saviour For Many?

Bitcoin’s beginning was actually inspired by the failure of traditional finances, in fact, Satoshi Nakamoto, the pseudo-anonymous creator of Bitcoin started working on the decentralized asset right after the financial debacle of 2008. Nakamoto wanted to create an alternative to the centralized traditional financial system which won’t be controlled by any single entity. The main aim was to create a financial tool which cannot be manipulated to help only a few. Bitcoin’s success over the years proved that any form of money, in order to be successful and worth barter-only requires acceptance from the common public.

In just 10 years time Bitcoin has not just proved naysayers wrong but have turned many of them into a believer. Bitcoin has managed to grow from being called an internet bubble to being accepted as an asset class just like gold, in a matter of a couple of years.

What makes cryptocurrencies one of the most attractive forms of investment during these troubled times is that its value is not codependent on the traditional financial markets, thus it won’t follow the same trends as that of any other traditional asset. Many believe its limited supply and decentralized nature puts it in the same domain as gold, which can be used to hedge risks in troubled times.

How Bitcoin and Decentralized Crypto Assets Help Hedge Risk in These Troubled Times?

In the beginning bitcoin and crypto assets were largely used by dark web retailers as a mode of payment which cannot be easily traced. However, slowly it got the attention of people with libertarian views and 2017 high brought it into the mainstream. However, even after peaking near $20k wall-street investors were not convinced that a decentralized currency without being backed by any form of a commodity can remain afloat in the long run and these investors dismissed it by calling it a bubble.

Governments, Banks and Financial institutions were over-critical of Bitcoin and rightly so as it showed people that a monetary system can run without the need of these authorities. JP Morgan, the popular financial institution’s CEO was quite harsh towards bitcoin. However, these critics soon turned into believers where many banks today make use of blockchain, the technology that powers bitcoin for remittance services while the likes of JP Morgan also believe that Bitcoin is currently in maturing phase and would turn into a stable asset class over time.

As of today, Bitcoin is not preferred by just those who believe in the value of decentralization, in fact, it has turned into a well-managed investment ecosystem with various services and products such as OTC desks, Futures Trading, Institutional Investment and many more.

While institutional and retail investors have shown an increasingly great interest in crypto assets as a means of hedging risks and diversifying their investment, bitcoin has also come to the rescue of countries and governments who are troubled by failing economy, hyperinflation and trade sanctions. Venezuela is a perfect example of how Bitcoin is helping people to come out of certain financial doom.

Traditional forms of financial infrastructure have been rigged to favour the rich and powerful and despite that, the system has collapsed and failed the common public too often to win their confidence. Bitcoin and cryptocurrencies have emerged as the new financial ecosystem which does not have a single point of failure like the centralized monetary system. With new financial products being developed with each passing day, crypto space could really help people, institutions and even governments to recover from the adverse effect of the ongoing pandemic and a possible recession in near future.