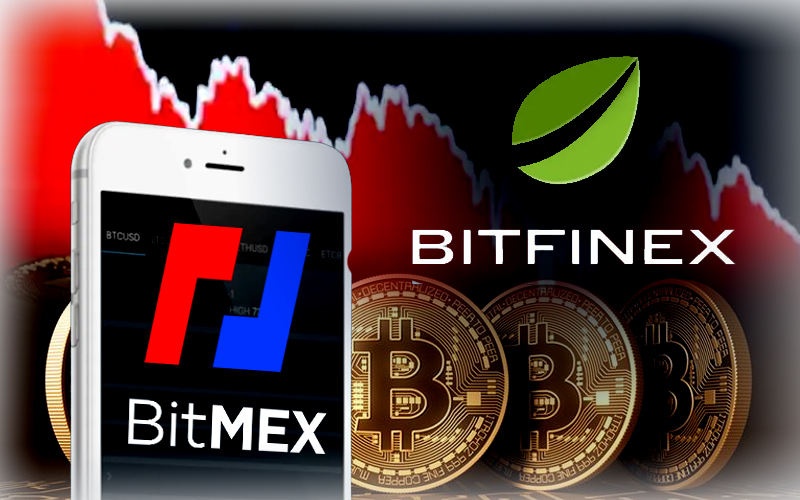 Since the mid-March crash, the Bitcoin holdings on Bifinex and BitMEX has declined by a total of around 200,000 BTC. The reason for this downturn is Bitcoin outflow from the platform.

On the one hand, the crypto exchanges have been experiencing a tumble in the balance of Bitcoin, while on the other hand, some of the platforms started accumulating Tether (USDT).

The co-founder of Casca, Jameson Lopp, on May 12, 2020, in his tweet mentioned that currently, BitMEX and Bitfenex has been experiencing a fall in the balance of Bitcoin. Even the Coin Metrics’ State of the Network reported that from the past two months the Bitcoin has been flowing out of both the exchanges.

Since March 13, the Bitcoin holdings on BitMEX and Bitfinex came down by 100,000 BTC each.

In April 2020, an observation was being regarding the decline of BTC holdings explains that the outflow follows a trend.

At that time only, the Bitcoin balance held by BitMEX collapsed 25 percent and currently, it is settled at 32 percent. While comparing to BitMEX, Bitfinex’s Bitcoin balance is going down more rapidly, and recently, it settles at 52 percent.

An assumption is being made that this outflow of Bitcoin from the exchanges is linked with the market crash which happened on March 12, 2020, and the price of Bitcoin reached to $3,800. While the market was dealing with Bitcoin crash, many of the crypto derivatives exchanges noticed an outflow of forced liquidation which mostly affected the BitMEX traders as they had suffered the most loss.

According to the reports, the trading of Bitcoin for USDT on exchanges reduced their exposure to BTC and that is the reason BTC started streaming out from the platform.

On the other hand, the Tether balance on exchanges is growing and currently have reached at its all-time high (ATH) position, a report by crypto analytics provider Glassnode.