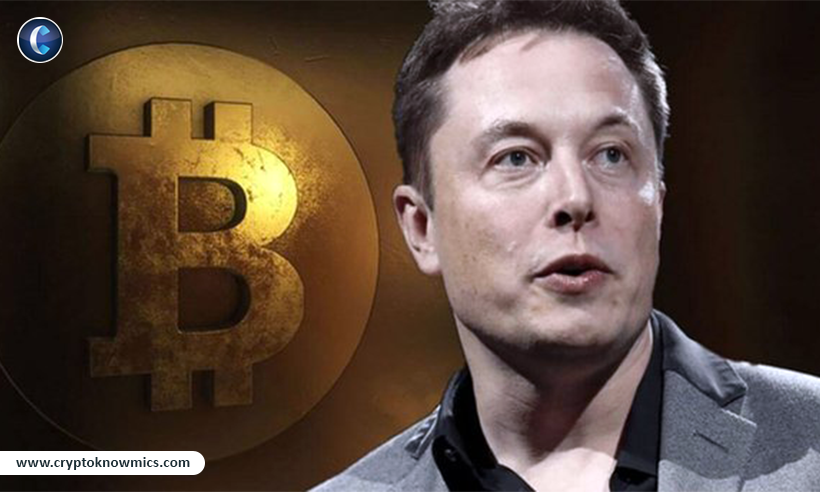 Crypto May Become the Future Currency of Earth, Says Elon Musk with a Warning

In an interview with TMZ on 7th May, Elon Musk briefly pondered on the possibility of crypto becoming the future currency of the Earth. However, on a more practical note, Musk advised not to get carried away in a bubble and end up investing your entire life savings on crypto. Moreover, he went on to express his fascination over the meme-based token Dogecoin, stating the token’s journey as “ironical.”

As crypto space echoes at the shooting surge of Dogecoin for the past week, the spotlight has fallen directly on the “Dogefather” tweet. Since he claimed Dogecoin as his favorite currency on Twitter, the CEO of Tesla, Elon Musk has gained the reputation of becoming one of the most famous proponents for cryptocurrency.

A Little Light on Warning on Cryptocurrencies by Elon Musk

In retrospect of the still budding and nascent state of the crypto market, what Elon Musk suggested should be considered as advice than a warning. While the crypto space is charging forward with unprecedented growth, it is an undeniable fact that it is still new and holds a history of high volatility. Elon Musk believe on crypto becoming a future currency is quite possible. While cryptocurrencies have seen the unfortunate events of being charged by FOMO, the crypto space is also witnessing an all-time high of global recognition and appreciation, all in a short period of time.

Meanwhile, the facts that define the very concept of cryptocurrencies are reason enough for its future success, proper education, and awareness among the public are still lacking. Investing in any asset, be it crypto or traditional, the decision should be well informed. Moreover, even leading investors around the globe like Warren Buffet advises other investors to diversify their portfolio. It is never a good decision to put all your eggs in one basket. When it comes to the crypto market, as much as it is important to keep your portfolio diversified to your benefit, it is far more crucial to understand the assets themselves before jumping into the market blindly.

Currently, the market is heavily charged under the effects of Dogecoin, with the token breaking an all-time high to $0.73 today. Dogecoin’s current peak is tightly knotted with Elon Musk and his upcoming appearance on SNL this weekend. Musk made an announcement about hosting SNL on Wednesday, calling himself “The Dogefather,” resulting in yet another spike in the token’s value.

The Dogefather
SNL May 8

This is not the first time, the CEO of Tesla has proved his uncanny power of influence over the crypto market, especially DOGE. During the rave of WallStreetBets that challenged institutional manipulation in the face, Dogecoin got swept in the hype, causing the cryptocurrency to surge by 90%. As the Reddit group, WallStreetBets made headlines and got itself listed on the top at CoinMarketCap. Musk changed his Twitter bio to #Bitcoin. Within an hour of his bio update, BTC rose from $32,000 to $38,000.  Musk proved his faith in Bitcoin with a rather hefty investment in BTC, the Dogefather has clearly stated his preference for Dogecoin with his endless tweets on the Meme-based token.

Doge Barking at the Moon pic.twitter.com/QFB81D7zOL

Initially, it was a speculation whether Elon Musk was joking or not about Dogecoin, however, the effects of his single tweet on the token’s value can’t possibly be considered anything less than serious. Moreover, in February, Musk tweeted about buying Dogecoin for his son Little X, calling him a “toddler hodler.”

Bought some Dogecoin for lil X, so he can be a toddler hodler

In the interview, while Musk was being bombarded by questions over his take on cryptocurrencies, he finally shed some light on his thoughts on Dogecoin.

Musk suggested a very ironic yet enlightening and practical notion about Dogecoin. He referred to the token as an irony, stating that the coin that started as a joke to downgrade the concept of cryptocurrencies altogether, has now become a real currency no less. With factual accuracy to Musk’s statement, Dogecoin has successfully established itself as the fourth-largest cryptocurrency by market cap, crossing the mark of $85 billion this week. While no clear reason can be justified for Dogecoin’s recent outbreak, the excessive trading volume coming into the currency ended up crashing India’s largest crypto exchange WazirX.

Dogecoin’s glass-shattering advance from a mere value of 0.002 cents a year ago to $0.72 has captured the interest of Wall Street. Moreover, the rush of volume into the market ended up crashing Robinhood’s trading app earlier this week. The app’s status update page mentioned:

“It is experiencing issues with crypto trading and is working to resolve them as soon as possible.”

It is no surprise that due to the increasing Doge popularity, the Robinhood app was listed among the top 10 downloads at the Apple App Store a couple of days ago.

With its rising popularity, Dogecoin managed to add another $10 billion to its market cap in a matter of 24 hours, raising its market cap to $93 billion today. The DOGE hype expanded all the way to India, crashing India’s largest cryptocurrency exchange WazirX. An unexpected surge in trading volumes in Dogecoin left WazirX struggling this week. The founder and chief executive officer of WazirX, Nischal Shetty, explained that the cause of the system and mobile application crash as a result of the sudden increase in the trading volume was wrongly perceived as a threat. Shetty explained:

“We’re seeing a new all-time-high every day in terms of trading volumes, active users, and traffic on WazirX. On May 4, one of our systems—on detecting high traffic—wrongly marked it as bad traffic and started blocking the requests,” he said. “It was good traffic, and this error caused our users to have intermittent access to the app.”

However, the users of the WazirX took on social media to report the event with memes of course.

Dogecoin is experiencing an exponential surge at the moment, unlike Bitcoin the meme-based token lacks institutional support. It is quite visible, that the sudden charge in the meme token is guided at the hands of hype and of course Elon Musk. However, leading crypto assets including Bitcoin and Ethereum have formed concrete grounds in the market. Moreover, use cases of cryptocurrencies as NFTs have recently sparked community interest across major sectors, including art, music, game, healthcare, etc.

Cryptocurrencies, in a very short period of time, have gained appraisals from leading banking institutions around the globe including JPMorgan, Goldman Sachs, etc. with public figures like Elon Musk publicly advocating for them. While the future cannot be accurately predicted, it is an undeniable fact that the crypto market and leading cryptocurrencies including Bitcoin are too big to be ignored in terms of their benefits and growth, and someday, as Elon Musk believes, crypto may actually be recognized as a legitimate currency in the future.