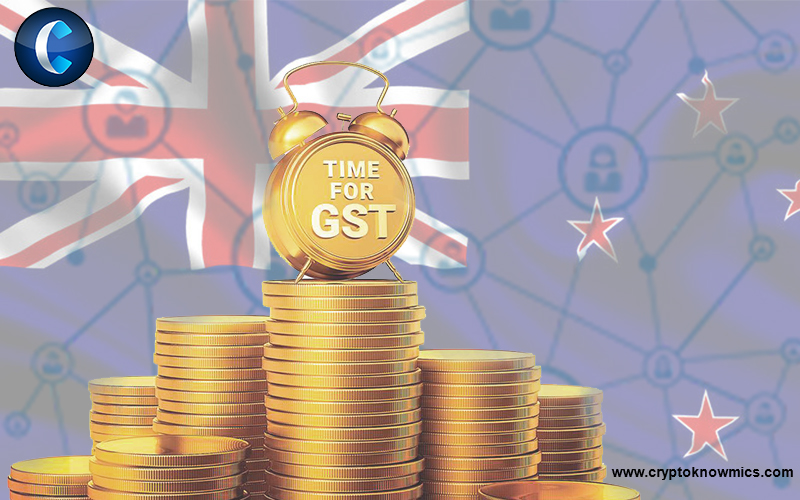 Cryptocurrency Likely Bringing About Change to GST in New Zealand

To many, cryptocurrency is some type of imaginary “coin.” Since it is not something they can physically hold, they do not really understand the value of it. This is unfortunately true and many governments across the globe. While these digital currencies have become increasingly valuable, some are still not recognizing its true value.

New Zealand has long been one country that did not seem to get on board with the digital currencies, but that may be changing now. A proposal to change the laws regarding the goods and services tax (GST) is in the works and could present a very favorable market for those who own cryptocurrencies.

The problem with the GST was that it created an unfavorable position for those who held or used cryptocurrencies, such as bitcoin. The way the law was written created a “double taxation” situation when the income tax was later applied to the currencies.

For that reason, many individuals and businesses were unwilling to deal with these digital currencies out of fear of the unfavorable taxation conditions. In fact, you can read more here about how bitcoin casino NZ was one of the few industries that was open to accepting the currency as a valid form of payment.

The online casinos quickly identified how valuable these currencies were. Digital currencies, such as Bitcoin, became a very popular form of payment because their value easily transferred across borders and it was believed that these currencies were only going to continue to increase in value.

While many were becoming more educated about these digital forms of payment, the global pandemic has helped to spur the discussion. There was a growing number of people who were already seeing that these digital currencies were the future, but now many countries are in a severe economic decline, and their ability to support their fiat currency may not be sustainable anymore. This has many investors jumping at cryptocurrencies, like bitcoin, because they see that they provide an ever-increasing value.

In New Zealand, many wanted to take advantage of the digital currencies, but the 15% GST was an oppressive tax that only digital currency owners were subject to. According to the present understanding of the law, cryptocurrencies could be considered both income and a good. Therefore, they could be taxed not only as income on the sale or acquisition by a laborer but also were taxed as a physical good during the transaction. This doubled the tax imposed upon these currencies.

Adding to the problem was that those who sold digital currencies outside of New Zealand were not subject to any tax at all. Therefore, it was to their advantage to sell these digital coins to foreigners instead of keeping them inside the country. That was greatly reducing what could be a valuable currency for the future.

Making Changes for the Better

Recognizing the problem, the tax department is making changes to view these tokens in a different way. The new approach by the New Zealand Inland Revenue Department (IRD) will now clarify that there are “practical limitations” on any tax that can be imposed.

Explained the IRD in a statement, the new provisions provide an “advantage of this approach is that it should provide a neutral tax treatment for those crypto-assets which are close substitutes for existing financial products such as currency or shares.”

They added, “The current GST rules provide an uncertain and variable GST treatment making, using or investing in crypto-assets less attractive than using money or investing in other financial assets.”

According to the new provisions, cryptocurrencies would be considered exempt from GST policies in scope. This would treat them in the same way as fiat currencies. In addition, there would be a full recognition by the national government and the IRD that these crypto-assets would be an acceptable form of payment or use for financial arrangements.

Now, it is simply a matter of getting the language right. This includes developing a proper definition of “crypto assets” and what would be included. It would also need to define how additional currencies would be added to the list, as there are a number of proposed digital assets that are already in the works.

Falling Behind Their Neighbors

The need to act has been stressed for years. Many neighboring nations have already taken actions to reduce the GST or eliminate it altogether. For example, Australia ended its policy regarding crypto transactions back in October 2017. Singapore changed their policies this past summer

This is the kind of talk that has been called for in New Zealand since early 2018. At that point, the IRD was indicating that a change in the GST was necessary but had been slow to act. Even with these new provisions suggested, it will not be until April of next year before they can be implemented. This still leaves businesses and consumers waiting for what could be another 8 to 12 months before the new provisions take effect.

While it is good to see that the country is moving forward in revising their GST, the slow pace is only putting them further behind their neighbors. In a world economy where a growing number of nations are turning to digital assets as their form of currency, it may become imperative for New Zealand to speed up the process if they are going to grow with the world.