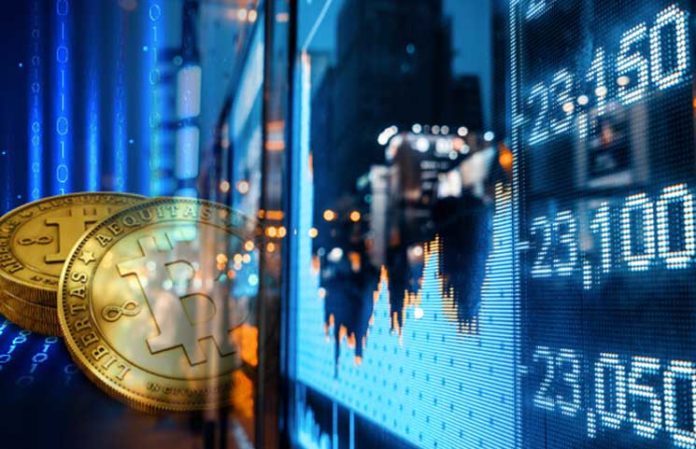 The digital currency markets have plunged correspondingly to plummet in oil prices, as well as the sell-off in stocks, according to a report on Monday by CNBC. Many people likened the downtrend with these markets to the outbreak of Coronavirus.

As reported, the total value of cryptocurrencies or the market capitalization from a day earlier at 10 a.m. Singapore’s time was down to $21.58 billion. The market cap went down even further in the day; however, some of the losses were later recouped, according to the data from Coinmarketcap.com.

The most valuable digital currency, Bitcoin (BTC), declined by 8% in 24 hours at around the same time. Meanwhile, a few other top value cryptocurrencies such as Ether (ETH), Ripple (XRP), and Bitcoin Cash (BCH) saw a double-digit negative price change in percentage. Despite the losses, Bitcoin is still up by over 12% on the year-to-date chart.

To many crypto market players, the recent development in digital currency prices is not unusual, as they are quite known for their volatility. A few others in the industry believe the market condition could be another chance to buy some bitcoin.

An investor in blockchain startups, and the co-founder of Kenetic Capital, Jehan Chu, said In the report:

“For those who have long term investment horizons, bitcoin is absolutely a buy during these dips. […] We can expect more of this volatility sparked by macro health and financial shocks, but ultimately long term investments in the digital future and it’s key asset Bitcoin will be a winning strategy.”

As per the report, the price stagger with the cryptocurrency market comes after international oil benchmark Brent crude futures decreased oil barrel price by 30%, to be worth $31.02, which is the lowest level over the last four years.

It was reportedly spurred as Saudi Arabia slashed its official selling prices when OPEC refused a deal on production cuts. Brent, however, has pared some of the losses, CNBC notes.

Additionally, the stock markets in Hong Kong and Japan fell sharply while the United States stock market is prepared for a steep drop, as trading resumes on Monday.

READ  Could Bitcoin Have a Bull Run Towards the Next Halvening? History Suggests It Will
#Bitcoin price #Crypto Market #Crypto News #Oil Plummet #Stock News