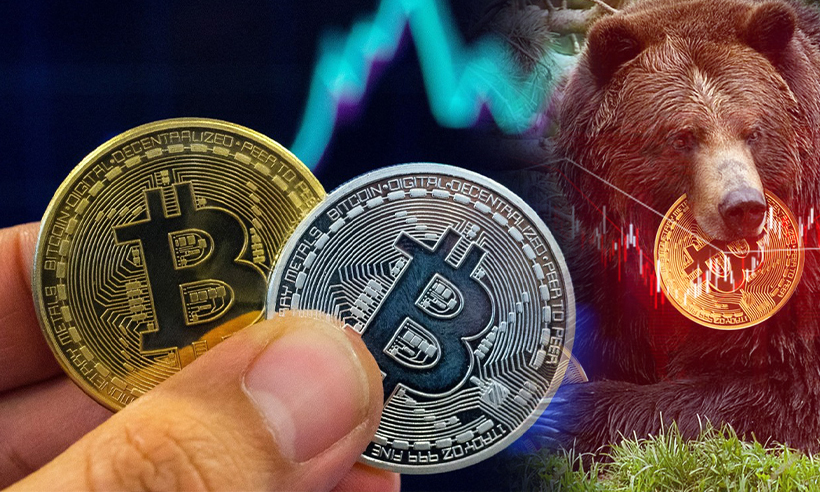 CryptoQuant Data Indicates Bitcoin Is Not in Bear Market

The ongoing Bitcoin(BTC) slump is wearing out investors and has dashed many hopes for a swift recovery. Many crypto experts and analysts like the ones at JPMorgan have pointed to an incoming bear market. But analytics firm CryptoQuant has recently stated that Bitcoin is nowhere close to entering a bear market. To explain its position, the firm used the MVRV ratio that shows Bitcoin spot price still hasn’t met the conditions that can be described as bearish.

On Tuesday, CryptoQuant tweeted a chart to elaborate on the MVRV ratio, which stands for market-value-to-realized-value ratio. It shows the ratio of an asset’s market capitalization to its realized capitalization, which helps understand if an asset’s value is above or below the “fair price.”

According to the firm, Bitcoin is yet to plunge as deep as its price after the 2017 all-time high of $20,000. This suggests that the current pullback is a good investment opportunity rather than a widely feared bear market.

We are not in a bear market! (MVRV)

Gary Black, managing partner at The Future Fund and formerly the CIO at Goldman Sachs Asset Management, tweeted another update on Bitcoin’s inflows and wallets.

In his tweet, Black noted that Bitcoin has lost 52 percent of its value since its all-time high in April of $63,400. He added that net inflows on Coinbase Pro wallets have also hit their highest levels, while new wallets accumulating the asset have plummeted considerably. This is normally perceived as an indicator of bearish activity.

However, Black asserted that he continues to hold Bitcoin despite its volatility and lack of intrinsic value support and proof that it’s an effective bet against inflation.

Cryptocurrencies Are Tumbling Due to Shaky Investors

Meanwhile, Market Insider has published an article focused on the decline of crypto markets and the role played by fearful investors in the downturn. The article indicates that many investors have become risk-averse in the current environment.

Predictably, all eyes are on the price of the primary cryptocurrency Bitcoin, which dipped by 5.6 percent on Tuesday, while retesting its support of $30,000. At the time of writing, the asset was trading at $29,840.

Edward Moya, a senior analyst at OANDA thinks that Bitcoin is the riskiest asset in the present situation. He said that the currency faces strong selling pressure, which has the potential to trigger a selloff frenzy on Wall Street.

Notably, the recent decline in Bitcoin can be attributed to the fluctuations in the stock and commodity markets. On Monday, major American stock indices fell by up to 2%, whereas European indices fell by 2.5%. Oil, on the other hand, also recorded a drop of 6%.