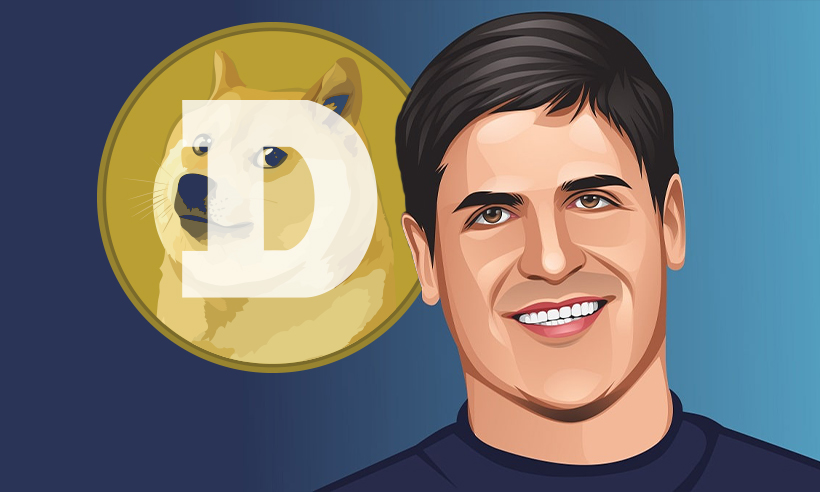 In a tweet on Saturday, Dallas Mavericks owner Mark Cuban mentioned that customers had used more than 20,000 Dogecoin, estimating around $1,018 at the time of publication. According to him, the token price will definitely hit $1 if basketball fans purchase 6,556,000,000 DOGE worth of Mavericks merchandise.

The tweet is on board after three days of accepting Dogecoin (DOGE) as a modus of payment.  Mark Cuban claimed that the franchise is now “the largest Dogecoin merchant in the world.” The billionaire predicted that if basketball fans were to purchase 6,556,000,000 DOGE worth of Mavericks merchandise, the price of the token would “definitely hit $1.”

Undeniably, the fact that the Mavericks is one of the first NBA franchises to recognize crypto as a form of payment for tickets and merchandise. They also started accepting Bitcoin BTC through wallet company BitPay two years ago.

Despite being created as a joke, the token has shown an overflow in prices in the last few months, as billionaires including Tesla CEO Elon Musk and Mark Cuban have mentioned the token on social media.

The Dallas Mavericks owner previously described DOGE as an “economics teaching tool,” stating that the “best entertainment bang for your buck available” on the crypto market. Even after the surge in Dogecoin payments for the basketball franchise, the investor in more than hundreds of successful companies, Cuban said he is still “having fun” and hasn’t changed his standpoint about the token.