Dash focuses on offering a fast, cheap global payments network that is decentralized and based on open-source blockchain technology. As described in Dash's white paper, the project seeks to improve Bitcoin (BTC) by providing stronger privacy and quicker transactions. Dashing is a fork of the cryptocurrency Litecoin (LTC), which was launched in January 2014.

Dash also has its own app for payments called DashDirect. This feature of Dash makes it more volatile in the market. Let us look at the technical analysis of DASH. 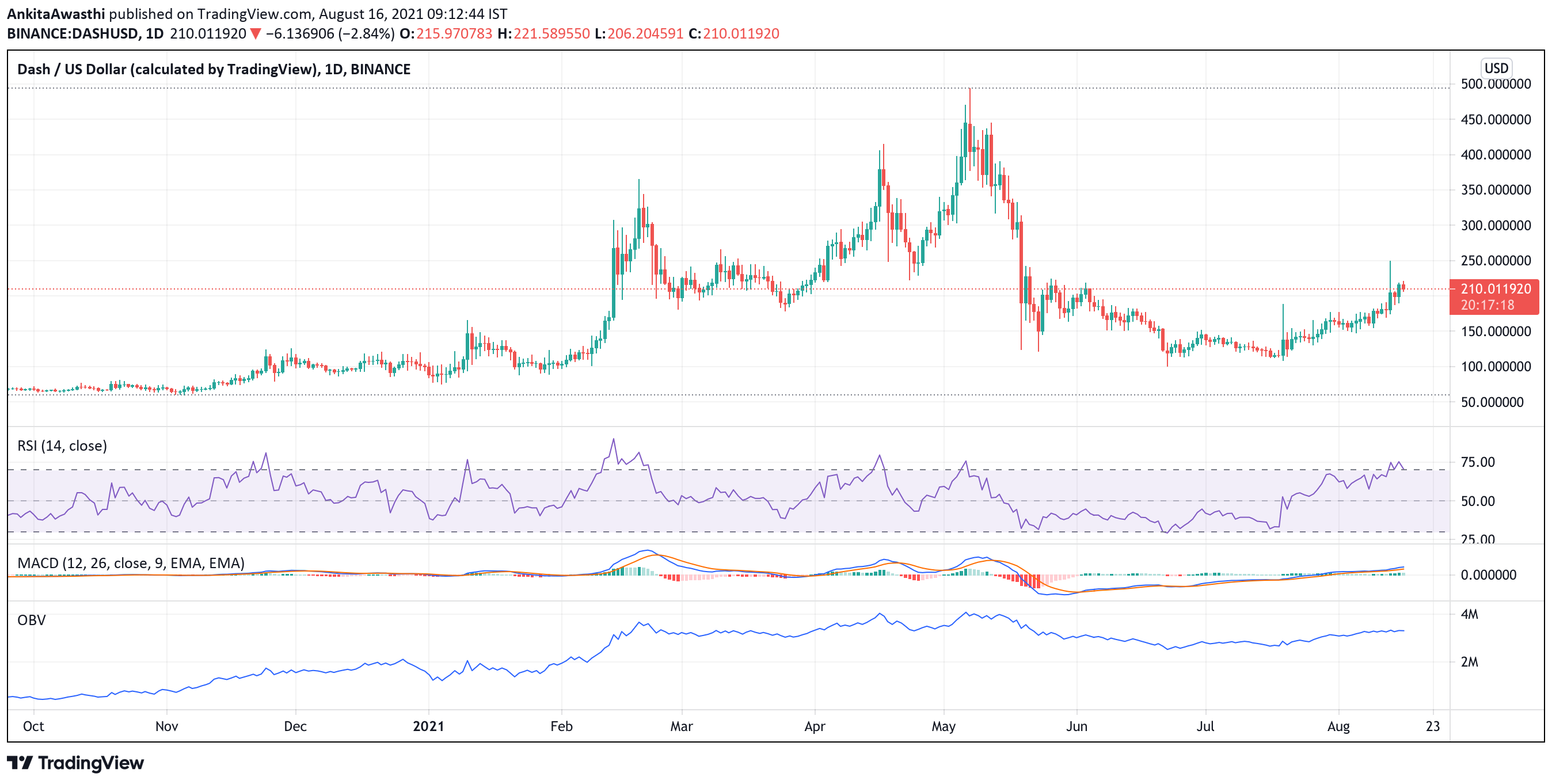 At the time of press, the price is $210.59. The price has increased on a daily level and thus, the market momentum seems bullish. Moreover, it will try to break its long term of bearish momentum and resistance.

After a series of higher lows, the RSI is currently at 70.51%. Though the RSI is taking a downswing on the chart, if the buying pressure persists, we might expect the RSI to take support and continue its uptrend. Otherwise, we might see a short pullback in the price.

On the daily chart, MACD and EMA lines are in the positive zone. Thus, indicating a buy signal. Although on the chart, the lines are close, the selling pressures are also high, if the EMA overtakes the MACD we will witness a bearish crossover and expect a short price pullback. Until then, the price will continue to rise.

On the daily chart, the OBV is in a constant trend. Suggesting that the interest of the investors on DASH is neutral.

The current trading price is above the pivot point of $207.76. The resistance level is formed at $217.09, if the buying pressure persists the price might soon test it. If it breaks this level, it will highlight the next resistance level at $237.

However, the immediate support level is at $198.42, if the price faces rejection and falls at this level, it will try to bounce back. In case, the selling pressure increases, it will break down from this support level and test the next support at $189. Thus, traders can take a short position.