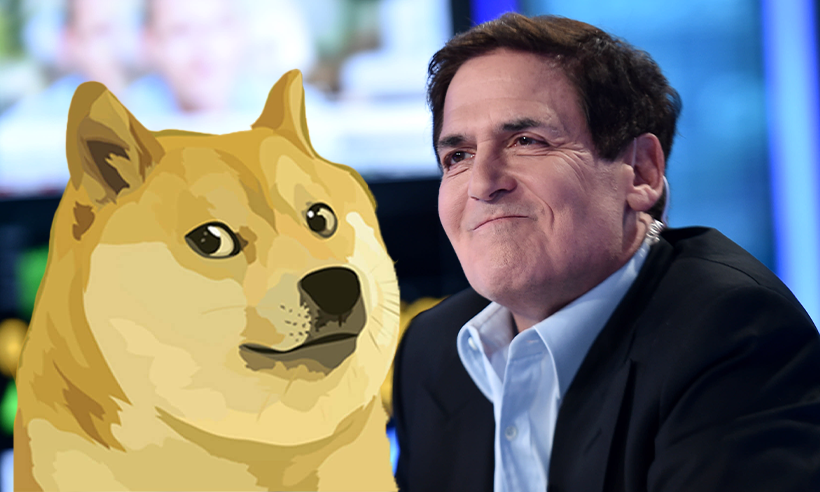 Mark Cuban & His Son Own Dogecoins Together

That’s only $1,625 in fiat; however, Cuban also gets DOGE from people who purchased Mavericks (the NBA team he owns) tickets and merchandise on the team’s website.

And for the record, the only DOGE I own is the 3250 I bought with my 11 yr old and however much has been spent on Mavs merchandise and tickets. My only financial benefit is more people using it to buy Mavs stuff at https://t.co/VUydpLFzGh 🚀🚀🚀 https://t.co/hvp93dRxFL

The team introduced DOGE payments earlier this year, along with a few other well-known organizations selling goods and services, which, along with Elon Musk’s comments, drove the Dogecoin price upwards.

DOGE Has The Potential To Transform The Game, But It Has A Flaw

Dogecoin might become a “legitimate payment method,” according to Shark Tank co-host Cuban (the other host is Kevin O’Leary, or Mr. Wonderful, a former crypto hater who has now “converted” to Bitcoin). Dogecoin has utility, and usefulness produces growth in demand.

However, he believes Doge’s prospects of long-term survival are approximately equal. Although Dogecoin has so far succeeded, and users might take it in a different path than what was originally planned, he noted. To refresh your memory, Dogecoin was created in 2013 as a spoof of Bitcoin – a cryptocurrency based on the Shiba Inu meme.

“It’s just rhetoric until there’s demand, and demand is driven by utilities. DOGE may or may not survive in the long run, but it will not be the first product whose consumers successfully diverged from its initial aim.”