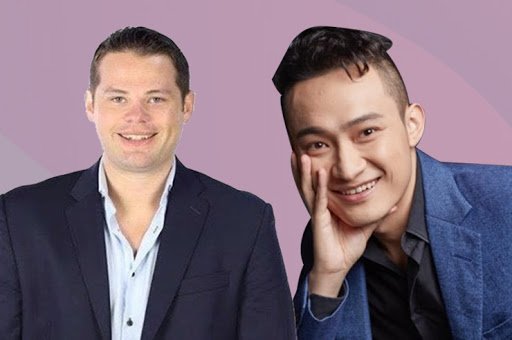 Jared Tate, the Digibyte founder seemed not to be very happy with the decision of Poloniex to remove the cryptocurrency he created. Today the founder lashed out on Twitter against the owner of exchange, which also included TRON founder Justin Sun.

Poloniex declared that it would remove Digibyte (DGB) from its list along with other digital assets in an update in December 2019. The other cryptocurrencies being delisted from the Poloniex were Primecoin (XPM), Factom (FCT), Viacoin (VIA), MaidSafeCoin (MAID), Omni (OMNI) and Vertcoin (VTC).

Sun Vs The Digibyte Founder

Earlier in December 2019, the Digibyte network founder described Justin Sun and Binance’s Changpeng Zhao as ‘crooks’. According to some reports, Tate accused TRON of being centralized and the most obvious scam work. The delisting announcement came quickly after Tate made his views about Zhao and Sun. The incident has further offended Tate. Most recently, Justin Sun was accused on the grounds of work resentment.

Yesterday, according to a tweet, he called delisting as a war declaration. Tate further called Justin Sun, a ‘Sleazy Con Artist’ in views to a recent partnership with Poloniex in which the TRON CEO became an investor in the exchange.

We are watching you @Poloniex. You openly declared war. Your sleazy premining con artist @Justinsuntron might have bribed and paid off the spineless @jerallaire but this is only the beginning.

Figuring that there might be other circumstances behind a delisting, the post described some criteria for the removal of cryptocurrency

3 Poor support for the development

5 Expensive upkeep on the part of Poloniex

A reminder was posted by Poloniex on Jan 25, describing the delisted cryptocurrencies withdrawals also going offline. The last day for Poloniex users to get Digibyte and the other cryptocurrencies off the exchange would be Jan 30. Besides the criteria given above, Poloniex has provided no indication that could describe any reason to remove any of the projects. However, in the case of Digibyte, it possibly seemed that the answer was not much related to tech concerns or the market and was very much personal.