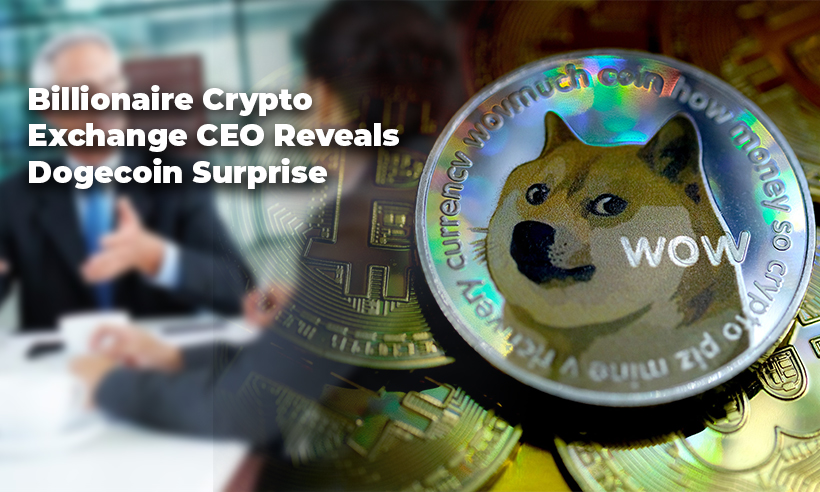 Dogecoin is the Asset We Chose and Deserve: Sam Bankman-Fried

Internet’s beloved meme-currency Dogecoin has had a great year until now and the credit for that mostly belongs to frequent endorsements from Tesla CEO Elon Musk. But it seems that the dog-themed token might have found a new advocate in FTX founder and CEO, Sam Bankman-Fried, who recently claimed that DOGE  is the “asset of the yr for 2020 and 2021.”

During an appearance on The Jax Jones and Martin Warner Show podcast, Bankman-Fried talked about all things DOGE and what makes it tick.

According to the decabillionaire, as an asset Dogecoin “precisely displays our present financial local weather.” He added, “[Dogecoin] is the asset that we have now all chosen, that all of us deserve—for higher or for worse. I don’t say that as an endorsement or anti-endorsement of it, I’m not attempting to take a place on it.”

The currency, which took inspiration from a popular Shiba Inu meme, has skyrocketed by 10,000% in the last 12 months. It currently boasts a market capitalization of around $37 billion.

Dogecoin’s recent surge took place in concurrence with a meteoric rise in meme-stocks, which traded higher than their conventional valuations after traders on the internet pumped money into them as a sign of a challenge to Wall Street.

Addressing the parallels between meme-stocks and cryptocurrencies, Bankman-Fried stated, “I feel that while you take a look at what occurred on Gamestop, the one stunning factor was that it wasn’t a cryptocurrency, as a result of that sample occurs on a regular basis in crypto, it’s common.”

Furthermore, Bankman-Fried emphasized that Dogecoin benefitted immensely from Robinhood — the trading app — when it imposed temporary restrictions on Gamestop. He noted, “The second that Robinhood banned the shopping for of GameStop, lots of of hundreds of thousands of dollars flowed immediately into dogecoin. It confirmed that if all of us get collectively on social media and resolve with our collective creativeness what this factor is valued at.”

Elon Musk Is A Major Influence In Crypto Sector

To date, Musk has served the role of the most prominent voice in the Dogecoin community. He has repeatedly talked up the token and has even arranged for his company Space X to accept payments in DOGE, fuelling DOGE to the moon memes as a result.

Bankman-Fried views Musk as the most “robust piece” in the crypto sphere who wields a lot of influence. He opines that when people backed Dogecoin, they knew Musk would be on board as well. And this would invariably lead to “some quantity of self-aware mockery, for some quantity of a way of humor, and for some quantity of difficult norms and saying nicely what makes your factor higher than dogecoin?”