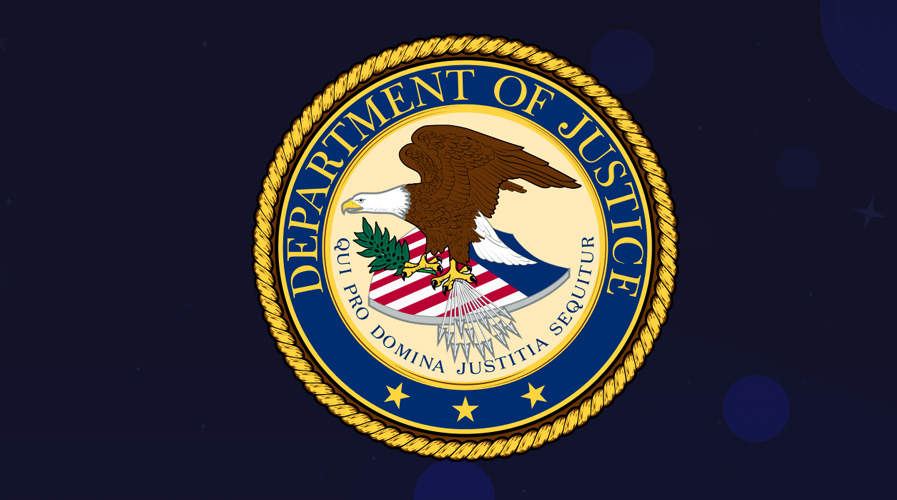 The United States authorities arrested three men on Dec. 10 associated in an alleged fraud that reportedly raised $722 million from investors attracted by fake bitcoin mining earnings. In an announcement made by the Department of Justice (DOJ), Matthew Brent Goettsche, Jobadiah Sinclair Weeks, and Joseph Frank Abel were charged with crimes such as conspiracy to commit wire fraud and selling of unregistered securities.

Moreover, prosecutors described the fraud as a  “high-tech Ponzi scheme” run by the BitClub Network.  The network took money from investors and rewarded them for recruiting new shareholders; with the promise of investing the funds in crypto mining operations. U.S. Attorney Craig Carpenito said:

“The indictment describes the defendants’ use of the complex world of cryptocurrency to take advantage of unsuspecting investors. What they allegedly did amounts to little more than a modern, high-tech Ponzi scheme that defrauded victims of hundreds of millions of dollars. Working with our law enforcement partners here and across the country, we will ensure that these scammers are held to account for their crimes.”

In addition, according to the statement, Goettsche described the investors as “dumb” and “sheep”; in a message shared with his co-conspirators. He also added that he was “building the whole model on the backs of idiots”  and noted that; they are going to “retire RAF!!! (rich as f*ck),” as per the Department of Justice. Goettsche and Weeks are facing charges of conspiracy to commit wire fraud. However, all three men are being charged with conspiracy to sell unregistered securities.

In conclusion, prosecutors have previously brought forward scam cases involving bitcoin rival OneCoin. A lawyer was charged a few weeks ago in New York for laundering $400 million from OneCoin cryptocurrency. Prosecutors claimed it run as a Ponzi scheme where investors were  promised unrealistic profits. Early investors were paid using investment from the later investors.