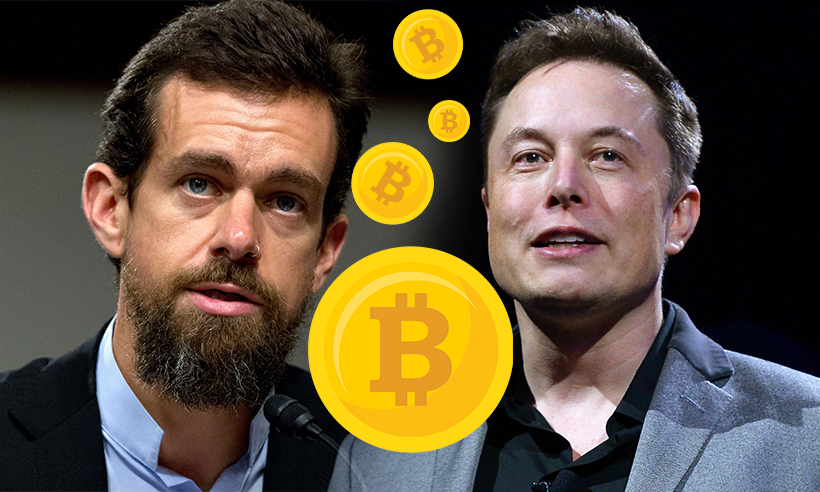 At a virtual panel about Bitcoin, called “The B Word,” Elon Musk asked Jack Dorsey, the CEO of Twitter, whether the platform would accept Bitcoin payments from advertisers. However, Jack Dorsey managed to dodge this question and in the entire virtual meet, he never gave a clear answer to Musk’s question.

Appearing at a virtual panel hosted on Wednesday by the host Steve Lee, Elon Musk and Jack Dorsey discuss how they personally support Bitcoin through the firms that they work with.

Initially, Dorsey mentioned the decentralization factor of Bitcoin and revealed that both Square and Twitter are aiming to create new decentralized social media protocols as part of its Bluesky project.

Well, it appeared that for Elon Musk, this much information was not enough, and hence, he asked Dorsey:

Though the reply of the Twitter CEO was supportive, he never mentioned whether the social media platform would begin accepting Bitcoin. He said:

“If we had bitcoin or native currency before Twitter started, it just creates so many business models that we wouldn’t have to be dependent upon advertising generally. I do believe that for any form of payment they [advertisers] want to use, we should be able to tick. So absolutely, but I’m more focused on how do we create economic incentives in the network itself without having to rely on advertising.”

The Strength of BTC Lies in Its Acceptance

In response to what Jack Dorsey said, Elon Musk addressed the fact that the more ways BTC can be utilized in the real world, the stronger it becomes. Musk added:

“It seems like accepting bitcoin, maybe some other cryptos, for advertising payments on Twitter would be supportive of bitcoin.”

To this, Dorsey showed complete agreement and said:

In accordance with the recently released registration sentiment on the official website of the Securities and Exchange Commission, the ETF provider based in New York, Global X, is filling for a Bitcoin ETF.

As revealed, the ETF provider is looking forward to registering an ETF that is going to issue and then list shares on the Cboe BZX Exchange.