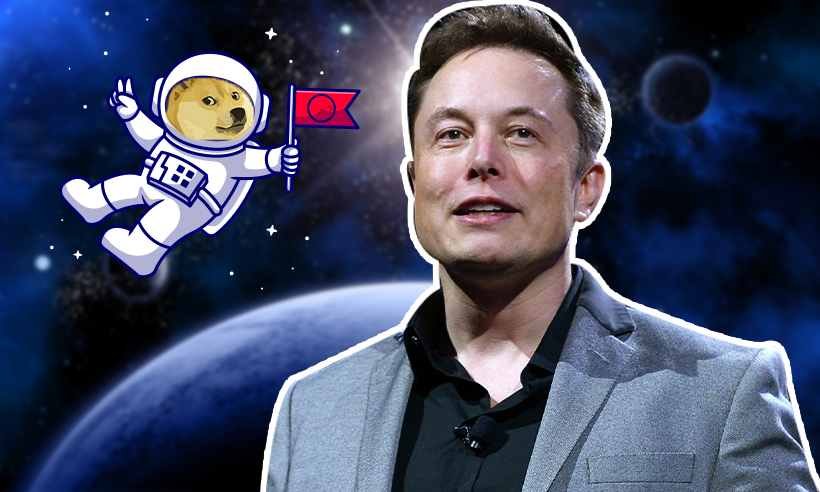 SpaceX Accepts Dogecoin as Payment Ahead of Moon Mission

“SpaceX launching satellite Doge-1 to the moon next year – Mission paid for in Doge – 1st crypto in space – 1st meme in space.”

In addition to this, the Geometric Energy Corporation made an announcement regarding the mission funded by Dogecoin earlier on Sunday. However, the statement didn’t reveal the financial metrics of the mission.

Tom Ochinero, the Vice President of Commercial Sales quoted in the statement which was released by the Geometric Energy Corporation, that read:

“This mission will demonstrate the application of cryptocurrency beyond Earth orbit and set the foundation for interplanetary commerce.”

In the month of April, Musk tweeted that SpaceX will be putting a literal Dogecoin on the literal moon.

During his appearance in Saturday Night Live, Musk addressed Dogecoin as a hustle, and since then, the meme coin has lost over a third of its price.

Well, the fact that whatever Dogecoin is worth and priced today, is because of the tweets shared by Musk can not be ignored. He has literally turned a social media joke and an obscure digital currency into a speculator’s dream.

The price of the meme coin has jumped over 800% over the last month as revealed by various market data trackers and analysts.

In addition to this, the cryptocurrency managed to acquire a market capitalization of $73 billion and managed to hit a record high above the level of $0.73.