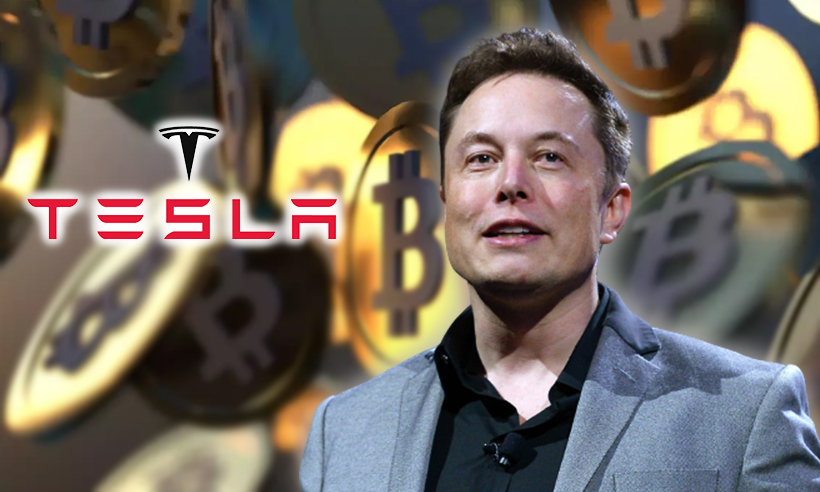 Elon Reaffirms His Faith in Bitcoin over Fiat

This year has been a historic mark for the crypto industry and definitely a long-awaited one. Flooded by massive adoption and crowded by open admittance by public figures, the crypto market has exposed itself to the endless journey of success. While opportunity and potential were ever-present in the fastest growing technology and concept of cryptocurrencies, the effect on the market at the hands of figures like Elon Musk came as a happy change of scenario.

There have been more than enough instances that stand witness to the strength of the crypto community. As the Reddit group WallStreetBets took a high stand against the market manipulation and institutions sticking together, the meme-based token Dogecoin was already moving in the spotlight, rallying remarkably to being among the top 10 cryptocurrencies at the time of the hype. Following in with the trend and known to be publicly supporting Dogecoin, Elon Musk stepped the game up and added #Bitcoin to his Twitter Bio, resulting in BTC surging by 20%.

Where the bio description did change, the next bomb drop by Tesla’s CEO was the ultimate brick in the wall, solidifying his high degree of belief in cryptocurrencies. While his tweet may have sent the digital currency surging exponentially in the middle of a temporary hype, Elon Musk’s investment of $1.5 billion in Bitcoin ended up with BTC breaking its then all-time high to over $43,000. Musk has never been the one to shy away from speaking his mind about his interest in cryptocurrencies that once even appeared in Game of Thrones actress Maisie Williams’ tweet. Not to oversell it, but even that revelation had quite an effect on the market.

To top off this evident year of crypto, barely over a day ago, Elon Musk’s tweet sent the BTC market in a brief correction to shot back upto $55,000. Moreover, the announcement of Tesla accepting Bitcoin as a mode of payment, followed by another tweet on plans to retain that payment in Bitcoin instead of converting it into fiat, put new life into the community.

Faith in Crypto over Fiat (US Dollar)

To put this visionary tech’s word into a bit of limelight, his plans for keeping the BTC instead of moving it into fiat directly hints at Elon Musk’s growing trust in the advancing cryptocurrencies over the decades-old fiat i.e. US Dollar. In the light of total reality, more than one analyst and well-versed investors like Michael Saylor and Max Keiser have been openly talking about the growing possibility of the currency taking the ultimate crash. The market stands witness to institutional giants taking heavy charge towards investing in BTC, investing in every dip the market takes and Elon Musk has officially joined the club by directly carving a gate into hodling more Bitcoin in his wallet.

From Grayscale and MicroStrategy to Leading banking and investment firms like JPMorgan Chase and Goldman Sachs, all have taken an assertive stand in the favor of Bitcoin and other cryptocurrencies within a few months. The powering support for cryptocurrencies takes from the growing concern over the massive devaluation of fiat. With the government keen on getting more and more currency printed, fiat is bound to crash.

In the first week of March, the $1.9 trillion Covid-19 relief package, handing direct payments of up to $1,400 to most Americans, came to light. The US dollar was bound to take a toll as soon as the Biden administration comes into power, regardless of the ideal intention of helping millions that became jobless in the wave of the pandemic. Given the increase in the supply that will come as more money comes out of printing, the value of the dollar is ultimately set to fall. However, the data that came next reflects on the decreasing trust of the recipients in the fiat too.

According to the Mizuho Securities survey, 10% of the $380 billion in direct stimulus checks may be invested in Bitcoin and stocks. The report also added that almost 2 in 5 recipients plan to use a chunk of the amount in stocks and bitcoin, adding that they even prefer bitcoin over stocks. The results of the survey directly shed light on the growing faith of retail investors in Bitcoin. Dan Dolev, senior analyst, fintech equity research at Mizuho Securities goes on to predict:

“The survey predicts that bitcoin will account for 60% of total incremental investment spend. We calculate it could add as much as 2-3% to bitcoin’s current $1.1 trillion market value,”

While the industry has seen many opinions change in favor of the asset including JPMorgan being one of the significant ones, a new one just joined the queue. The famously known Wolf of Wall Street, Jordan Belfort, recently joined the Bitcoin party predicting BTC to get up to $100k by the end of the year. After bashing bitcoin quite publicly in the past, the former stockbroker has now come out supporting Bitcoin more than ever.

Given the growing interest and evident trust in bitcoin at the hands of industry leaders like Elon Musk, it is foolish to overlook cryptocurrencies especially Bitcoin, given the evolutionary journey of the asset from being a tradable asset to becoming an ideal store of value. With the currency losing its value and headed towards massive inflation as well as gold losing its shine, Bitcoin has asserted itself as the ultimate asset for financial salvation.